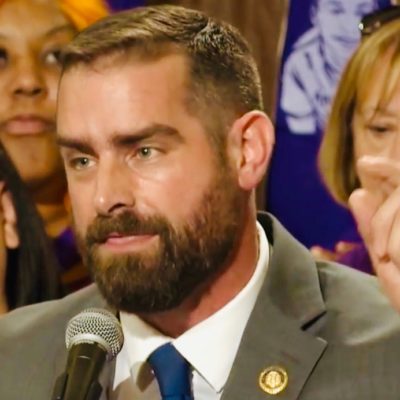 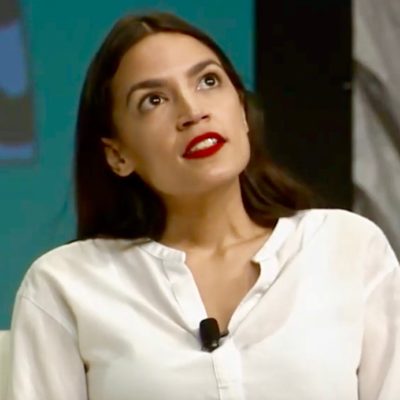 by Jodi Giddings in politics 28 Comments

David Horowitz once said, “Inside many liberals is a totalitarian screaming to get out.” It’s the capital-T Truth, and Sen. Cory Booker (D-NJ) is just the latest presidential candidate who promises to usurp our right to bear arms should he become president. Watch:

And in an earlier gun-control proposal, he offered this:

‘The biggest thing in the proposal is a national gun licensing program, which would force [emphasis added] Americans to apply for 5-year gun licenses before obtaining a firearm. The process would include fingerprinting, an interview, gun safety courses, and a federal background check,’ Booker said in a statement announcing the proposal.”

“Weapons of war?” Yeah, but no. Sure, they resemble military rifles and were indeed used back in the day. But you might want to ask a service member what rifles they use these days (hint: one is full-auto, the other is semi-auto; aaaaand therein lies your true goal, Cory: ban ALL semi-autos, am I right?).

And speaking of AR-15s, Cory Booker, you might want to read the Heller decision regarding guns “in common use.” AR-15s—“AR” meaning ARMALITE RIFLE, not “assault rifle,” Captain Conflate—are as common as a head cold. Or a Ford F-150:

And even IF you somehow convinced a judge of the “dangers” of the commonly-used AR-15, you still wouldn’t stop gun owners from attaining them, thank you, First Amendment.

And on your tired ‘ol magazine capacity proposition: Yeah, California already tried that. Even the Nutty Ninth found the ban unconstitutional, at least for now. Not to mention, if one is so inclined, guns can be acquired without jumping through your ineffective hoops, like those who flout the heavy-handed laws already imposed in your own home state. Wink wink nod nod.

Oh, and “force?” We’ve had this discussion more than once in our history, dude. Tyrants always lose. But if you want a second Civil War, Cory Booker, this would be the way to start it.

And by the way, care to have a substantive discussion about the number of lives your “weapons of war” have saved, Senator Spartacus? I’m betting you don’t. Exhibit A, from the Heritage Foundation, “based on empirical data:”

Mr. Booker—if we are to infer that he agrees, given his lack of a full-throated rejection of imprisonment for those unwilling to comply—would have either disarmed this hero, or jailed him if he refused to turn over his rifle. And more innocents would have died as a result.

Next: Most Americans agree? Firstly, have you polled us? Secondly, and yes I’m yelling: WE’RE NOT A DEMOCRACY! And we are NOT New Zealand. So I couldn’t give two rips what “most Americans” think even if your stat is accurate. We’re not ruled by the majority mob; we’re protected by this thing called the U.S. Constitution, you know, that document you swore an oath to uphold when you became a sitting U.S. senator. In fact, wannabe tyrants like you, Cory Booker—who grotesquely support abortion up until the moments before and after birth whilst screeching through a megaphone about SAVING LIVES!!!—are the reason we HAVE the Second Amendment: to prevent an overreaching, rule-by-force federal government, like the one you’re promising, from usurping our constitutional rights (can you say “red flag laws?”).

Criminals and gang members aren't going to be required to do anything in order to keep THEIR guns. The Democrats are coming for your guns – and they couldn't care less about the Constitution. https://t.co/ti98isuWC8

Fact check: true. Just about every single one of the Democratic candidates has promised to trample all over our constitutional rights should they become president. They’re not even pretending anymore. They’re flat-out telling us, “If you make me president, I’ll take away your rights,” starting with gun confiscation, which will, of course, topple all of the other constitutional rights our Second Amendment protects. 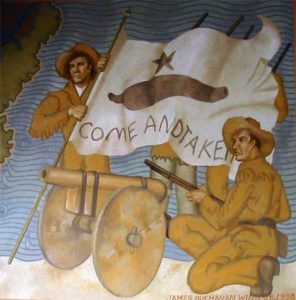 Detail of a mural in the museum at Gonzales, Texas, featuring the Come and Take It flag. Public Domain.

So when those who are trying to shove Socialism—also known as people control—down our throats tell us they’re willing to round us all up and put us in jail (read: Chinese-style re-education camps, you know, for the good of society) for disobeying clearly unconstitutional “gun control” edicts, we should believe them. After all, they are the party who placed law-abiding American citizens in internment camps and (illegally, Atty. Gen. Barr?) spied on their political opposition with the full weight of our federal intelligence and justice agencies. So why would they NOT round up all the constitution-loving patriots they’ve been increasingly demonizing and dehumanizing for more than two years now? The answer is clear, and we’ve only to look to Venezuela to see what the consequences of a disarmed citizenry looks like:

They should have a Constitution that empowers the people to throw-off by Force…a tyrranical government. https://t.co/gbhEHsrsY0

@CoryBooker my federal gun license was issued in 1791, that is all thank you #2a

…the millions of law-abiding gun owners like me dare you.