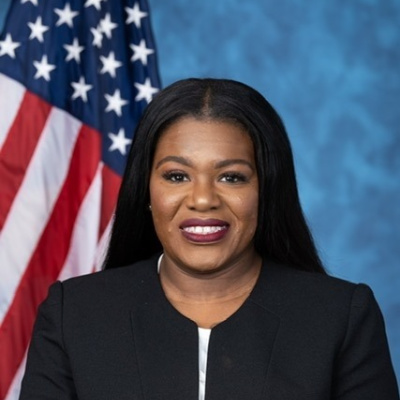 Back in the olden days, new members of Congress spent their early days as backbenchers. They watched and listened silently as deals were cut and compromises made. They learned to “legislate”. On top of that, they learned how to set up local offices to provide constituent services. No mas. Who gives a fig about constituents when you have hate to spread and a country to destroy. The original four set the standard for the two new members. Preach hate and division from election day on. Bowman has called those who perpetrated the Capitol breach “a white, fascist mob”. Mr. Bowman ignores the arrest of BLM activist John Sullivan in making that claim. We will write on Mr. Bowman another day.

Cori Bush is the far more incendiary of the two new Squad members. And, she NEEDS to be called out. Miss Bush, who represents the St. Louis area of Missouri was assigned to the Judiciary Committee by Speaker Nancy Pelosi. Proving justice means nothing to her, as her first act as a Congresscritter, she stood up and announced her support for the “Snap” Impeachment of President Trump:

Unfreakingbelievable! Here is the report from The Hill if you need to see this in plain type:

“St. Louis and I rise in support of the article of impeachment against Donald J. Trump,” Bush, born in St. Louis, said at the top of her remarks Wednesday afternoon. “If we fail to remove a white supremacist president, who incited a white supremacist insurrection, it’s communities like Missouri’s 1st District that suffer the most.”

Bush said the new Congress must understand that it has a “mandate to legislate in defense of black lives” and called rooting out white supremacy “the first step in that process … starting with impeaching the white supremacist in chief.”

Yes, she got booed. Rightly so. Lobbing a grenade like that should be against House Rules. Not that the Citadel of Hypocrisy cares anymore about rules or decorum. And, Cori Bush explained the boos on The View today:

“When they booed me, I was like, ‘OK, we’re good,’ because you know what? You heard me. You weren’t on your phones, you weren’t talking, having conversations,” she said. “Oh, you heard every word I said. And your colors showed. You showed us how you really feel about it — you want to hold white supremacy.”

To follow up her Impeachment speech, Bush wants to expel members of Congress who she believes who voted against certifying the results of the 2020 Presidential Election. They are compelled by the Constitution to follow the consciences. Not for Bush:

U.S. Rep. Cori Bush on Monday filed a resolution calling for the possible expulsion of more than 100 Republican members of the U.S. House of Representatives, including five from Missouri, who voted against certifying results of the Nov. 3 election.

The vote against the routine certification, which followed months of false claims of election fraud by President Donald Trump and Republican lawmakers including U.S. Sen. Josh Hawley, violated the U.S. Constitution and House rules and incited the Jan. 6. attack on the U.S. Capitol, Bush said.

Um, no. These people cannot keep their stories straight. For the record, it is not un-Constitutional to object to certifying the results or else Maxine Water, Pramila Jayapal, Raul Grijalva, Jim McGovern and Jamie Raskin should have been held to account in 2017. Corrie Bush, like her fellow Squad members doesn’t care about The Constitution or Rule of Law or, indeed, facts.

But that doesn’t even begin to cover the heinous excrement bomb, Cori Bush dropped. She accused President Trump of killing convicted murderers judged guilty by a jury of their peers and sentenced to death. From her Twitter account:

There should be a discussion of the death penalty. We should always be willing to take a second, third, fourth or more look at difficult issues.

Cori Bush is so wrapped up in her racism and hatred that she cannot learn and cannot see. Where there is life, there is hope but I don’t think she has the intellectual capacity to learn. Sad for St. Louis and for all of our people. We definitely don’t need more bomb throwers.