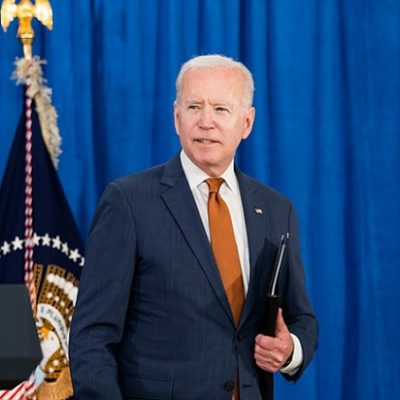 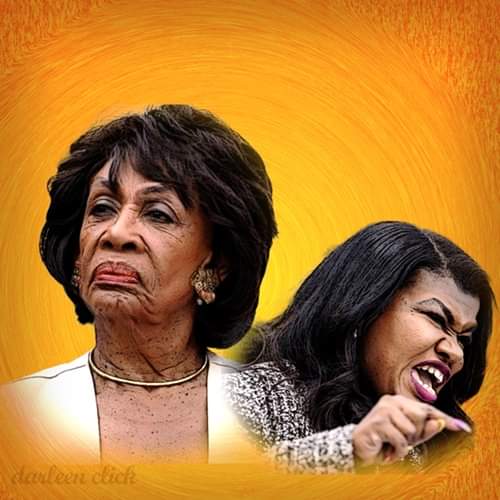 There is something utterly galling about ingrates. There are people who have been given much in life and look around and all they see is ugly. Cori Bush and Maxine Waters are at the tippy top of the Pyramid of Life as members of the U.S. House of Representatives. To celebrate this great country that raised them up to positions of immense power, the women both issued ugly racist rants.

Cori Bush, is a freshman congresscritter, member of the clergy, nurse and Black Lives Matter activist. Bush’s tweet was a scurrilous lie and showed a dangerous lack of knowledge of the history of planet Earth:

U.S. Rep. Cori Bush, D-Mo., stirred the political divide Sunday with a controversial take on Independence Day and how the holiday relates to America’s history and indigenous and Black persons.

“When they say that the 4th of July is about American freedom, remember this: the freedom they’re referring to is for white people. This land is stolen land and Black people still aren’t free,” said Bush, a progressive Democrat representing St. Louis.

Let’s talk about Black home ownership, Black entrepreneurs and Black Fortune 500 CEOs. Oh, we can’t because that would destroy the oppression and victimhood narratives that people like Cori Bush employ to scare people into submission.

Here’s something else Cori Bush doesn’t want to talk about: She praised the city of St. Louis for defunding the police and called America “racist AF”.

Why don’t we listen to actual Black cop regarding his feelings about Cori Bush:

I clap back at @CoriBush over her comments from yesterday. I had a whole lot more to say, but Twitter only gives me about two minutes. #coribush seems to be the most recent graduate of Race-baiting 101 and I call her out on it. pic.twitter.com/KgbycCmvNJ

Mr. Arkham is right that these people can never cite examples of racism. That’s why it always has to be systemic or institutional racism. And, I have seen numerous examples of the “Yass Queen” Amen chorus. The truth is that defunding the police makes Black people less safe and, therefore, less queen.

Another bit of history that Miss Bush doesn’t know is land conquest. Until this last 30 years, no one called them stolen lands. They were conquered, both the land and the people. Even the Black Hills where Mount Rushmore stands was disputed lands. The Lakota Sioux didn’t always have possession of this land. The Lakota Sioux were considered fearsome fighters. Try reading a book.

Representative Maxine Waters is much older than Cori Bush and far more experienced at the race-hustling gambit. Let’s grab a seat in the Way Back Machine, all the way back to the 1992 Rodney King riots in Los Angeles. From the L.A. Times reporting of the day:

The 53-year-old lawmaker did say: “Most reasonable human beings abhor violence, and I do, too. It is wrong to burn, to kill, to loot.” She also pointed out that she spent long, quiet hours in housing projects trying to calm raw feelings, but what people remember is that when given chance after chance at air time, she instead vented her anger.

Waters’ anger, like that of her constituents, targeted what she said were years of indifference by the political power structure, the unshakable poverty of the inner city, and a federal government that seems more concerned with putting Eastern Europe back on its feet than with America’s blighted cities.

When asked about white fear, she instead talked about black fear. Asked to condemn the looters, she instead raked President Bush over the coals. When the focus was put on problems in her district, she retorted that the problem is that there is something “desperately wrong” with America.

Twenty-nine years later and Maxine is still singing the same worn-out tune. She defended Jussie Smollett and blamed Donald Trump for the Jussie situation, when even Stevie Wonder could see that the chances of finding to MAGA hat wearers out on a freezing Chicago night looking to beat up a Black gay man were less than the chance of me winning the lottery. And, Auntie Maxine called Donald Trump “a despicable character”. Waters has that title all sewn up.

Let’s talk about the time that Auntie Maxine called on supporters to “confront” Trump Administration officials:

We should not be surprised that this ancient political hack sends out a racist tweet. From the Daily Caller:

“July 4th … & so, the Declaration of Independence says all men are created equal,” Waters tweeted. “Equal to what? What men? Only white men? Isn’t it something that they wrote this in 1776 when African Americans were enslaved? They weren’t thinking about us then, but we’re thinking about us now!”

Look at the beginning only white, male, land owners could vote, according to Constitution Facts:

Slavery was more the rule than the exception 245 years ago. In 1631, an Irish town was sacked and slaves taken by Muslim pirates out of the Algiers. Yes, America endorsed slavery for our first one hundred years as a country. Slavery is wrong, bad and evil. Nearly 750,000 personnel died fighting the Civil War. That, too, is a psychological scar on our nation that is given short shrift today.

The biggest place of slavery is in the mind. These two women are of limited education and intellectual capacity. Racism and oppression are their hustle. We need voices on the Right that are louder. But, you and I know that this plays into the hands of the Democrat Media Industrial Complex. Their racism cosplay fits the needs of the Democrats.