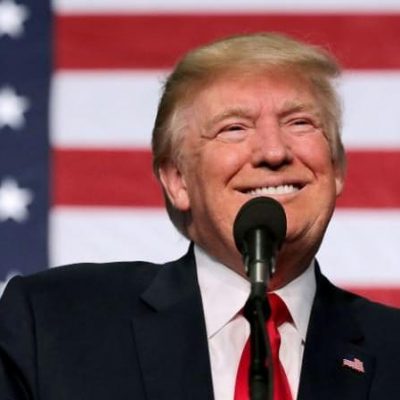 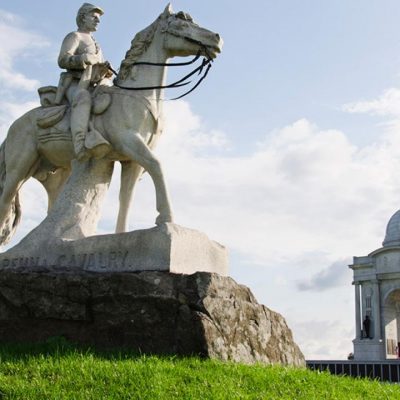 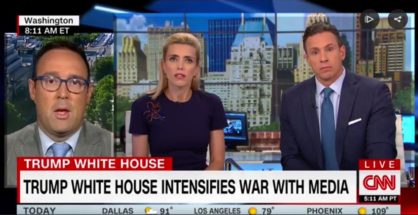 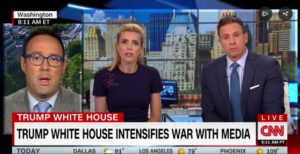 I am not a Trump fan. However, I believe that the folks at CNN are completely off base. They think Trump’s war on the media is an actual hot war.   In their world, reporters to not only be able to say whatever they want when they want to say it and have no consequences. That is not how free speech and more importantly the first amendment works. Trump and his followers can declare “war on the media.” The media can either be grownups and stick to the issues or act like a sixth grade bunch of mean girls trying to be the alpha brat. CNN is doing a good job of being the latter. There is a reason the tabloids are not considered reputable. Simply put the first amendment protects free speech but it does not mean there are no consequences for what one says. Real Clear Politics has a great example of the disconnect between reality and CNN here:

CNN’s Clarissa Ward, a foreign correspondent, served as guest co-host on Wednesday’s broadcast of CNN’s News Day. Ward fretted that “people” in war zones have been “emboldened” by President Trump’s “declaration of war on the media.” Ward, expressing concern for members of the media in dangerous areas of the world, said to guest Chris Cillizza, ‘I can only imagine what a person like you is dealing with. At what point does this become reckless or irresponsible?’

I am missing something here: since when was it safe to be a noncombatant in a war zone? The word dangerous is used for a reason. But wait, this gets better.

Playboy White House correspondent Brian Karem, who has received new-found fame after his exchange with White House deputy spokeswoman Sarah Huckabee Sanders at Tuesday’s press briefing, said Ward is “absolutely right” and talked about the trial and tribulations of reporters who have been jailed and even killed.

You work for a nudie mag and expect to be taken seriously? Gee why would people consider your writings fake news? He continues:

“Our newspapers after Donald Trump’s election, we’ve gotten threats from both the far left and the far right,” Karem said. “They are emboldened, it is dangerous, and the fact of the matter is, it is insulting to the memory of the people who have given their lives for the cause for providing information to the public to then be told you are fake media, you do not matter, and what you’re doing is false.”

If you were a reporter for an actual news channel or reporter working for a newspaper, you might have a case. Again you work for Playboy.

Karem went as far to predict “we are going to see a reporter face physical harm because” of Trump.

Wow, that is a logical leap almost as far as saying Playboy is feminist.

“And quite frankly, every one of us should stand up against that because it is undermining the First Amendment. It is dangerous, making it dangerous for reporters. You’re absolutely right, there is going to come a time, and it’s not going to be too far off I surmise when we’re going to see a reporter is going to face physical harm because of this,” he said.

Mr. Karem you ever hear of a place called Mexico? Here is an actual dangerous place for reporters to work:

The Committee to Protect Journalists ranks Mexico as the most dangerous country for reporters.

Not because of Trump but because there is a history of stories written and retaliation ending in death.

At least four others have been killed this year in direct retaliation for their work.

And this has gone on for years. CNN cupcakes may want to talk to the foreign correspondents before saying catastrophically stupid things next time.  And if you work for Playboy?  context sunshine.