Next post
Afghanistan Has Hundreds Of Americans Left Behind 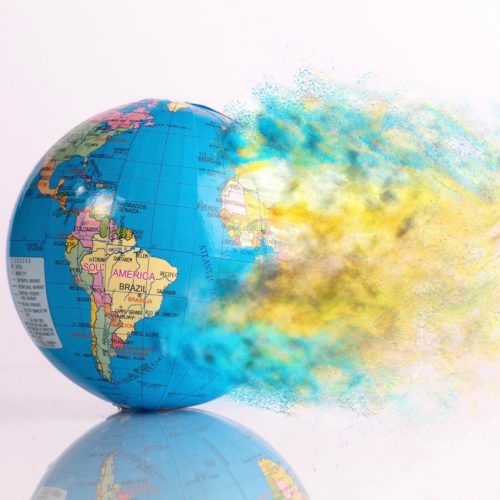 Want to save the climate? “Don’t eat read meat”, they say. Cow farts destroy. Air-conditioning is privilege, they say. Don’t run it like crazy in a California heat wave, stupid peasants! You’ll kill the grid (and the whales)!

We’ve heard it all from the elite. The latest commentary from the New York Post only highlights the hypocrisy of the elite with climate street cred.

I mean, jet-setting, yachting celeb, Leonardo DiCrapio has nothing on Steve Jobs’ widow, Laurene Powell Jobs. Laurene, dubbed by ABC news as a “philanthropist” here, has invested $3.5 billion within the next 10 years to address the climate crisis, for Waverley Street Foundation, an organization Jobs set up in 2016. Why? Because she wants to aid in the “focus on initiatives and ideas to help underserved communities most impacted by climate change. with efforts will focus on housing, transportation, food security, and health.”

Such a do-gooder, that Laurene. All while trucks full of workers (from those underserved communities I am sure), and machinery belching black smoke crowd onto are working building her Paradise Beach compound. This makes her virtue-signaling $3.5 million look like a pittance to the $80 mill she is dropping on the compound. And while Laurene hunkers down in her compound (complete with back-up generators, I am sure) as the earth heats up and the sky comes crashing down, Bill Gates will be traveling to higher ground, preaching the climate change gospel from 35,000 feet. But, he won’t be in a commercial jet.

Private jet travel has surged so much during the pandemic, according to The New York Times, there’s a shortage of pilots, and wait times to book a jet have tripled. Yet it’s hard to catch eco-warriors Bill Gates (who wrote a book on climate change, yet owns four private planes — a collection he calls his ‘guilty pleasure’)”.-Paula Froelich, The New York Post

Ahem, Bill. One of my “guilty pleasures” is a good, REAL cheeseburger, medium.

The elitist nerd herd soars to new horizons on civilian rocket ships that look like…well, you know, littering our atmosphere with space junk. What was that, Jeff Bezos? Oh, Blue Origin used “relatively clean” liquid hydrogen and liquid oxygen. And Elon Musk tells us “not to worry too much” about methane emissions from Space X. Want to do something about methane, liberals? Buy a Tesla. Except…

These nifty batteries, which are often not recycled by most car producers, are made of rare earth metals like lithium, copper and nickel, create radioactive and toxic waste, and rely on fossil fuels to be created in the first place.”–Paula Froelich, The New York Post

But, you may buy one anyway. Some will do this keeping in mind gas prices being the way they are now thanks to President Brandon and his circus clowns. Good for you. Some will do this because the Tesla is indeed the new status symbol of 2021. Go ahead, make your friends jealous. You is important. And damnit, you are doing something for the world our children will inherit.

Glad we’ve mentioned children here? Looks like the Prince and Wanna-Be Princess of woke are doing their part, too:

Prince Harry went so far as to brag about his pro-environmental family planning (just two kids maximum!) and then chartered a private jet after giving a speech about climate change at Global Citizen Live.”-Paula Froelich, The New York Post

Because “this place is borrowed” or something. Because we are “frogs in the water and it’s already been brought to the boil,” right Harry and Meghan? I know what you’re thinking. Perhaps ONE gender-neutral, carbon-friendly offspring would have been enough for these insufferable, petulant, whiny, “royal” bratholes who also judge the minions from a private Gulfstream. Perhaps ONE child would have been enough for the ousted “royals” who like to cry racism and sob whilst donning $4,000 designer maternity dresses against the background of bucolic California estate landscapes to the sympathetic ear of Oprah Winfrey. Oprah, who hates commercial flying. Oprah, who despises passenger jets flying over her California compound.

The hypocrisy of the climate elitists is humorous but pathetically sad at the same time. Why? Because so many look up to these individuals as superhuman heroes. We want our kids to be the next geek geniuses and don’t bother to look at their moral standing or discern their hypocrisy. These people have the brains. They are the smart ones. If we idolize them, we are also intellectually superior to the commoners. We will have the right people in our affinity circles. We feel so horrified when we hear how the royal family marginalized the woman in the $4,000-dollar dress! We thumb our noses down at the bumpkin families who do hard, manual labor and have multiple children. We marvel at Space X in the sky but yell at our neighbors for blasting their air conditioning in a heatwave. We have books that feature a spilt photo of Martin Luther King, Jr. and Greta Thunberg on the cover entitled, “Great Speeches“. “I Have A Dream” is now contrasted with “How Dare You”?

We’re heading where no man’s gone before.

I’ve said it before and I’ll say it again. We have more to worry about in our political climate than we do our physical one.