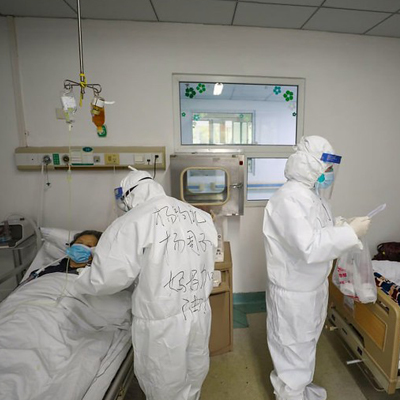 You’ve probably never heard of Zhang Zhan until now, but hers is a name you should know. She’s a citizen journalist who exposed China’s coverup of the Wuhan virus, and for that the CCP has sentenced her to prison.

Zhang Zhan didn’t receive training as a journalist; in fact, she is a lawyer. But early in 2020 she learned of a mysterious and awful disease that was ravaging the city of Wuhan, so in February she left her home in Shanghai to see for herself. While in Wuhan, she shared videos of crowded hospitals, residents worrying about their incomes, and authorities who cared more about a narrative than the welfare of Wuhan’s citizens.

But Zhang stopped posting in May. Chinese authorities had arrested her and charged her with “picking quarrels and provoking trouble.”

Her first tweet from Wuhan (Chinese citizens can use Twitter through VPNs), dated February 16 and translated into English, reads:

“My sixteenth day in Wuhan. The situation is getting more severe. Today, there are three roadblocks after two hundred meters. I check my ID. If I can’t, I will call the police. I want to say, why not distribute epidemic materials to the people at the bottom, but repeatedly restrict personal freedom?”

When Wuhan’s top Communist official declared that Wuhan residents should undergo “gratitude education,” Zhang took to the streets, asking residents if they felt grateful. She later commented in a video:

“Is gratitude something you can teach? If you can, it must be a fake gratitude. We’re adults. We don’t need to be taught.”

Her final words from Wuhan came in the form of a YouTube video, dated May 13. She said:

“The government’s way of managing this city has just been intimidation and threats. This is truly the tragedy of this country.”

After that last video, friends stopped hearing from Zhang Zhan. She had been arrested and returned to Shanghai. On Monday, the brave citizen journalist received her sentence from a Chinese court: four years in prison. She is the first known person to be sentenced for reporting the truth and challenging the official Covid narrative.

On Tuesday, the European Union called on China to free Zhang Zhan.

However, Zhang Zhan is not the first person to run afoul of Chinese Communist authorities for speaking out on the Wuhan virus. The first to notice the devastating new virus was Dr. Ai Fen, an emergency surgeon at Wuhan Central Hospital. She gave her initial diagnosis report to Dr. Li Wenliang, an ophthalmologist who also worked at the hospital. Dr. Li shared Dr. Ai’s diagnosis report with some of his medical school classmates, but since he posted it on December 30, 2019 — prior to the official CCP announcement — authorities reprimanded him for spreading “rumors” online. Thus, he had violated the law.

Dr. Li later contracted Covid and died. He was only 34 years old. 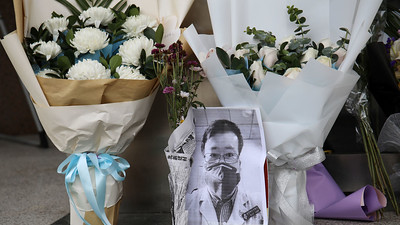 There are others who dared expose the fraud perpetuated by the Chinese Communist Party. Fang Bin, a Wuhan clothes salesman, went missing after filming and posting his trips to hospitals. Chen Qiushi, a lawyer-turned-journalist like Zhang Zhan, also disappeared. His parents then were harassed, too. Even 69-year-old real estate businessman Ren Zhiqiang received the wrath of the CCP after criticizing its leaders in a teleconference. Ren went silent in March.

And as for the courage of our journalist class here in the United States?

Well, they’re holding pity parties because Donald Trump was mean to them.

On CNN’s “Reliable Sources” on Sunday, hosted by Brian ‘Tater’ Stelter, the gang gathered to praise each other for their courage during the Trump years.

On this Sunday's program, six CNNers with stories to tell about the Trump years: @JakeTapper, @KaitlanCollins, @Acosta, @AbbyDPhillip, @JDiamond1, and @DDale8

Today we had a circle jerk. After spending the entire year storming the beaches of Normandy and putting our lives on the line, it was the best ever. Looking forward to 4 years of vacation.

But the CNN pity party didn’t stop there because on Monday, Jake Tapper whined about Trump retweeting “mean tweets” about him.

Oh cry me a river. These self-appointed perfumed princes of cable news don’t have half the fortitude of citizen journalist Zhang Zhan, or any of the other courageous Chinese whistleblowers who truly spoke truth to power — resolute people who have also paid with their freedom.

But no doubt our journalists are looking forward to the next four years of Joe Biden. After all, Biden won’t be hurting their poor little feelings.