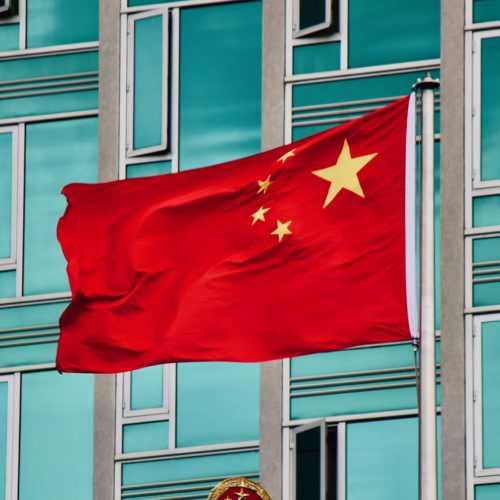 Two things have become increasingly clear. One, China’s attempt to have “zero COVID” with mandatory lockdowns has turned into a colossal failure. Two, China is willing to do whatever it takes to make sure the news regarding the lockdown protests don’t get out to the West.

As Nina wrote about yesterday, the “zero COVID” policies that China champions include locking people in their homes, and this resulted in an unknown number of deaths when a fire broke out in an apartment building in Urumqi, the capital of Xinjiang. The number of deaths is in dispute, and the local officials would like to explain to everyone that it TOTALLY wasn’t the fault of the lockdowns, or the social conditioning. The people that died just didn’t try hard enough to save themselves!

The city’s mayor apologized and promised an investigation into the cause of the fire at a news conference on Friday evening. Li Wensheng, head of the fire rescue brigade, denied that coronavirus restrictions impeded the response, instead blaming a narrow lane filled with parked cars for obstructing access for the firetrucks.”

“Some residents’ ability to rescue themselves was too weak … and they failed to escape,” Li said. He also disputed claims made online that residents were not permitted to leave or that fire escape doors were locked.”

The official response only spurred online outrage, with many continuing to blame the government’s strict covid policy. Critics said it was inappropriate for authorities to shift blame to the victims and argued that centralized quarantine rules had caused vehicles to be abandoned on the street.”

Every popular movement has a flashpoint moment when the average person realizes what a load of crap their government is trying to shove down their throats. In Iran, it was the death of Mahsa Amini while in the custody of the “morality police.” Will this finally be the breaking point for the Chinese people? The protests have not stopped – and they are spreading.

“Step down, Xi Jinping! Step down, Communist Party!” some protesters yelled among hundreds who gathered in the financial hub Shanghai – one of multiple major cities where protests broke out following a deadly fire Thursday at an apartment block in the far western region of Xinjiang.”

From Shanghai to the capital Beijing, residents gathered to grieve the 10 people killed in the blaze in Xinjiang’s capital Urumqi, speak out against zero-Covid and call for freedom and democracy. On dozens of university campuses, students demonstrated or put up protest posters. In many parts of the country, residents in locked-down neighborhoods tore down barriers and took to the streets, following mass anti-lockdown protests that swept Urumqi on Friday night.”

Such widespread scenes of anger and defiance – some of which stretched into the early hours of Monday morning – are exceptionally rare in China, where the ruling Communist Party ruthlessly cracks down on all expressions of dissent. But three years into the pandemic, many people have been pushed to the brink by the government’s incessant use of lockdowns, Covid tests and quarantines – as well as ever-tightening censorship and continued onslaught on personal freedoms.”

The ratcheting-up of restrictions in recent months, coupled with a series of heartbreaking deaths blamed on an over-zealous policing of the controls, has brought matters to a head.”

Chinese stock markets and the yuan tumbled in early trade Monday amid concern about the government’s potential response to the protests.”

Considering that Xi Jinping just solidified his stranglehold on power in October by securing a third term as Communist party leader, potentially making him de factor dictator for life in China. However, his title of “president” won’t be confirmed until the legislative session in March. These protests have to be a severe slap in the face to poor Winnie Xi Pooh. Imagine if these protests continue, and Xi’s political opponents begin to get the idea that he isn’t popular. Why, something might happen to the Communist chokehold in China!

Which means that China is going to crackdown on these protests, and try and suppress the news about them as much as possible. And if that means arresting and assaulting a BBC journalist – oh well! The Chinese Communist Party is just trying to protect this helpless journalist from catching COVID from these poor and sickly peasants!

No, really. That’s the official explanation that the BBC got when they asked about their journalist, Ed Lawrence.

In videos circulating on social media, a man reportedly identified as Lawrence is seen being dragged away by Chinese officers while screaming for a friend to “call the consulate now.”

The BBC called the incident “worrying,” adding that it had not been given a “credible” reason for Lawrence’s detention.”

“It is very worrying that one of our journalists was attacked in this way whilst carrying out his duties. We have had no official explanation or apology from the Chinese authorities, beyond a claim by the officials who later released him that they had arrested him for his own good in case he caught Covid from the crowd. We do not consider this a credible explanation,” the BBC said.”

Yeah, if you buy that explanation, then there’s a bridge that I’d like to sell to you. Xi Jinping – and by extension, the rest of the Chinese Communist Party – is desperate to keep these protests contained and away from the eyes of the Western media. After all, they have big plans for being “One China” with Taiwan, and we can’t have Taiwan getting ideas that there isn’t anything but perfect order and compliance with the Chinese Communist overlords. I have little doubt that Xi Jinping would have no problem recreating the massacre at Tiananmen Square with these protestors, if he thinks that that is the only way to bring everyone back under his heel.

Surreal night in Beijing
Protesters chanted "no to covid tests, yes to freedom" for hours
Some cheered for Xi Jinping to step down.
After 2am, police presence ramped up. I asked one what they'd do if people didn't leave. Would they use tear gas? He just said plz go home @cnn pic.twitter.com/fuGg2UHQb1

For over seventy years, we have watched the people of China struggle under the yoke of Communist oppression. Is this finally the breaking point? Will these protests continue across the country, and will they get bigger? And wouldn’t it be the height of irony if the Chinese Communist government’s insistence on “zero COVID” – a scourge that they knowingly covered up as it spread all over the world – ended up being their own undoing?