Next post
Andrew Cuomo Big Mad That Democrats Dumped Him 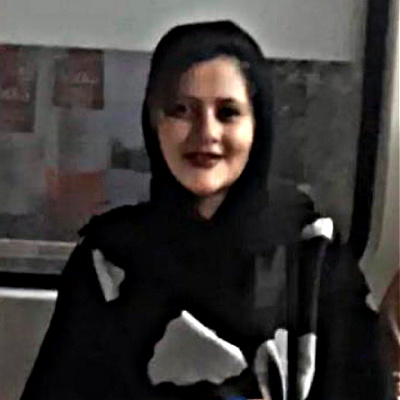 Vladimir Putin is threatening nuclear armageddon, Joe Biden is angrily mumbling at the U.N. General Assembly, and the gender clinic at Vanderbilt University Medical center is disfiguring and castrating children. In the middle of this insanity is an encouraging sign that there are people willing to fight for freedom, incredibly brave women in Iran are burning their hijabs and freeing their hair to protest the killing of 22 year old Mahsa Amini. The hijab being a symbol of their oppression. Brava, my Iranian sisters.

Mahsa Amini was 22 years old and was from Saqqez in Kurdistan. She was visiting Northern Tehran and was arrested in her brother’s car. The Morality Police arrested her because she didn’t wear her hijab in an “appropriate manner. From The Spectator:

She slipped into a coma while in police custody and died three days later.

The police say she died due to a heart condition. Her family insist she didn’t suffer from any such ailment. It is now being reported, including in the Guardian, that a CT scan of Mahsa’s head shows a fracture, haemorrhage and brain edema. If these reports are right, it will confirm furious Iranian youths’ suspicion that Mahsa died due to being roughed up by the morality cops.

“Roughed up” is a rather benign way of saying “beaten”. Notice that Mahsa Amini was not parading down the street unescorted and wearing booty shorts. She didn’t wear her hijsb in the way the “Morality Police” wished. The featured image on this post was taken within the hour before her arrest. She went from beautiful to dead in three days, well, life-support was removed after three days.

Our pussy hat wearing female (assumed) citizens are fighting mad and bleating that they are forbidden, by some states, to murder their babies up to and through the moment of birth. The Morality Police would not be well-pleased:

The UN Human Rights Office said Iran’s morality police have expanded their patrols in recent months, targeting women for not properly wearing the Islamic headscarf, known as hijab. It said verified videos show women being slapped in the face, struck with batons and thrown into police vans for wearing the hijab too loosely.

In the video below, you can see Mahsa being examined by a female member of the Morality Police and collapsing. The woman probably told her that she was in dire trouble. I would collapse in Tehran in custody too. She was probably beaten by the Morality Police on the way to the station. When she realized how much trouble she was really in, the stress and the damage to her brain caused her to collapse.

Before President Ebrahim Raisi flew to New York on a special granted Visa to address the U.N. General Assembly, he released this statememt per NPR:

Senior officials who are promising a full investigation include President Ebrahim Raisi, who called Amini’s family on Sunday to assure them her death would be investigated.

“Your daughter is like my own daughter, and I feel that this incident happened to one of my loved ones,” he said.

The women of Iran and the diaspora have reacted by burning their hijabs and freeing their hair, as in this video from Andy Ngo:

Five nights of protest have occurred in Iran after a young woman who was arrested by Islamic police for an alleged hijab violation died. Women have been burning hijabs in protest. Meanwhile, in the West, the hijab is encouraged as a symbol of diversity. pic.twitter.com/EWGBKC2roq

From The Spectator again:

Anger has swept through Iran. And with good cause: it is an affront to every principle of liberty and equality that a woman can be questioned, never mind arrested and allegedly brutalised, over ‘unsuitable attire’. Young Iranians, both women and men, have had enough of being pushed around by the tyranny of theocracy. The solidarity between the sexes over the past three days and nights of protests has been inspiring.

In the northern city of Sari women danced and twirled and then ceremoniously threw their hijabs onto a bonfire. In Tehran a woman climbed onto a car and burnt her hijab on the end of a stick as crowds applauded. Protesters in Sanandaj, the capital of Iran’s Kurdistan region, chanted ‘Death to the dictator’ and ‘Death to Khamenei’ (the ayatollah). This is getting very serious indeed for the Iranian regime.

The Biden Administration had a rather anemic response, as usual:

Jake Sullivan, the U.S. national security adviser, said on Twitter that the United States was “deeply concerned” by the death of Ms. Amini, “who was reportedly beaten in custody by Iran’s morality police.”

Meanwhile the courageous women of Iran are burning hijabs and freeing their hair in the name of Mahsa Amini who committed the crime of not wearing her hijab in a fashion pleasing to the Morality Police. Say her name: Mahsa Amini.