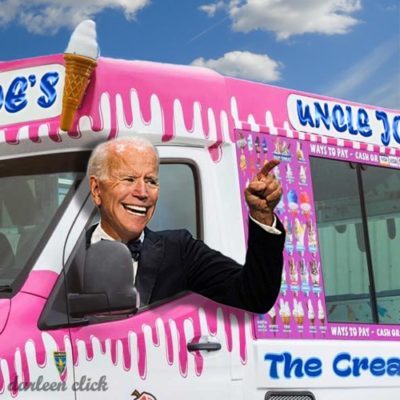 Previous post
Biden: Creepy And Strolling The Streets Of Nantucket 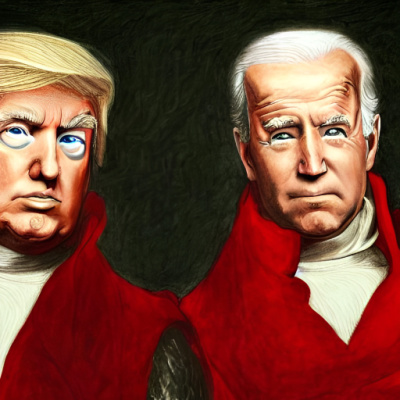 Joe Biden is blessed beyond belief. True fact. He is a well-known plagiarist, a grifter, a child sniffer, a cheat and a liar. The Democrat Media Industrial Complex has covered for him for decades. Now that he has been installed in the Oval Office, because the Democrat Party knew that Bernie Sanders COULD NEVER be President, no one is going to out or question Joe. Biden denounced Donald Trump’s dinner with anti-Semites and the entire Left-leaning world nodded approvingly.

In case you are still in the midst of a post-Thanksgiving, Tryptophan coma and haven’t seen the news, UpRoxx has the story:

Every now and then Donald Trump that worries even his die hards. Think the Access Hollywood tape or him attempting to overthrow democracy on Jan. 6. Nothing much usually comes from them; the GOP expresses horror, then forgives him. That will probably be what happens with his latest scandal: having Thanksgiving dinner with two anti-Semites, one of them also a white nationalist Holocaust denying incel. But for now, even far right hellsites are mad at him, which means he’s still in the midst of one of his patented frothing meltdowns.

Since the story broke, Trump has struggled to put out the fire. First he claimed — not very convincingly — that he had no idea who Nick Fuentes, the worst of his dinner companions, was. Now he’s saying he was just trying to help one of his other guests, newly anti-Semitic Kanye West.

Donald Trump has now called Ye (Kanye) West a “seriously troubled man”. That is very true. Trump is known for his loyalty and going way beyond to help troubled people. I think this is way beyond Trump’s abilities. Ye was married to Kim Kardashian and we know what the Kardashians do to men. Mr. Trump, this is not your area of expertise, with all due respect.

I also don’t get Ye showing up with Nick Fuentes. West was raised better than that. Did he just call Mr. Trump and say do you mind if I bring a few extras. Where is the Secret Service? Nick Fuentes is not an America First type. Here is the topline from Forbes:

Fuentes, 24, gained notoriety while still at Boston University in 2017 after saying he received death threats for attending the alt-right Unite the Right rally in Charlottesville, Virginia—a white nationalist protest against the removal of Confederate statues that turned deadly when a driver deliberately rammed his vehicle into a group of counter-protesters, killing one person and injuring 35.

In 2020, Fuentes founded the America First Political Action Conference as a far-right alternative to the Conservative Political Action Coalition in an effort to distance himself from mainstream GOP, which he has criticized for its support of Israel and its “globalist” stance on America’s role in foreign affairs—attracting far-right members of Congress, including Rep. Marjorie Taylor Greene (R.Ga.) and Rep. Paul Gosar (R-Ariz.), to speak at its annual event.

One anti-Semite who is an old friend, but two anti-Semites? That’s inexcusable. Where is Melania? She has good sense. I vett everyone who comes through my door.

Arkansas Gov. Asa Hutchinson (R) on CNN on Trump dining with a Nazi: "I hope someday we won't have to be responding to what former President Trump has said or done … this was not an accidental meeting." pic.twitter.com/nI9LJ3vPjg

Mr. Hutchinson, you are NEVER going to be President and you can tell that to Mike Pence and Chris Christie. too.

That brings us to the creep from the Oval Office. Lisa wrote about his creeping on kids through the glass at a diner on Nantucket. You can read it here. Biden was in Nantucket staying at a billionaire’s home. That’s nice. While not creeping on kids, Biden was asked about Trump and the anti-Semites (not a rock band):

“You don’t want to know what I think” is typical Biden. Before dementia and after. I know how and why the press let him get away with this kind of statement. See opening paragraph. The White House Comms later cleaned it up and put out the typical “We Condemn” statement. Biden has the crust of the well-blessed. Joe Biden eulogized the late Senator and Exalted Cyclops of his local KKK, Robert Byrd. Joe Biden has NEVER denounced the myriad anti-Semites in office in the Democrat Party. Just two years ago, Newsweek had this headline: “Why Won’t Joe Biden Repudiate Anti-Semitic Democrats?” Ilhan Omar, Rashida Tlaib among others. Linda Sarsour and all of Black Lives Matter leadership:

Black Lives Matter protests have likewise featured anti-Semitic slogans from the beginning. BLM’s official platform accuses Israel of genocide, endorses BDS and expresses such blinding anti-Semitism that even many desperate to support the organization have dissented.

Don’t hold your breath waiting. There will never be a condemnation of anti-Semitism from the Democrat Media Industrial Complex. That does not excuse Donald Trump meeting with anti-Semites. No, sir. Something about removing planks from our own eyes comes to mind.