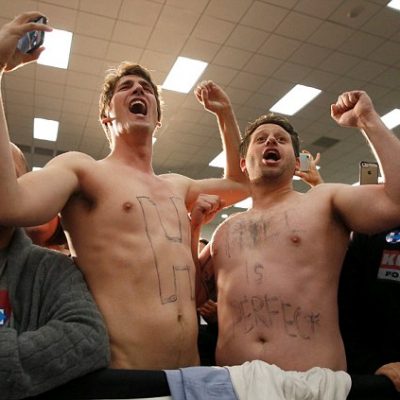 Previous post
If You're a Guy Voting for Hillary, Turn in Your Man Card [VIDEO] 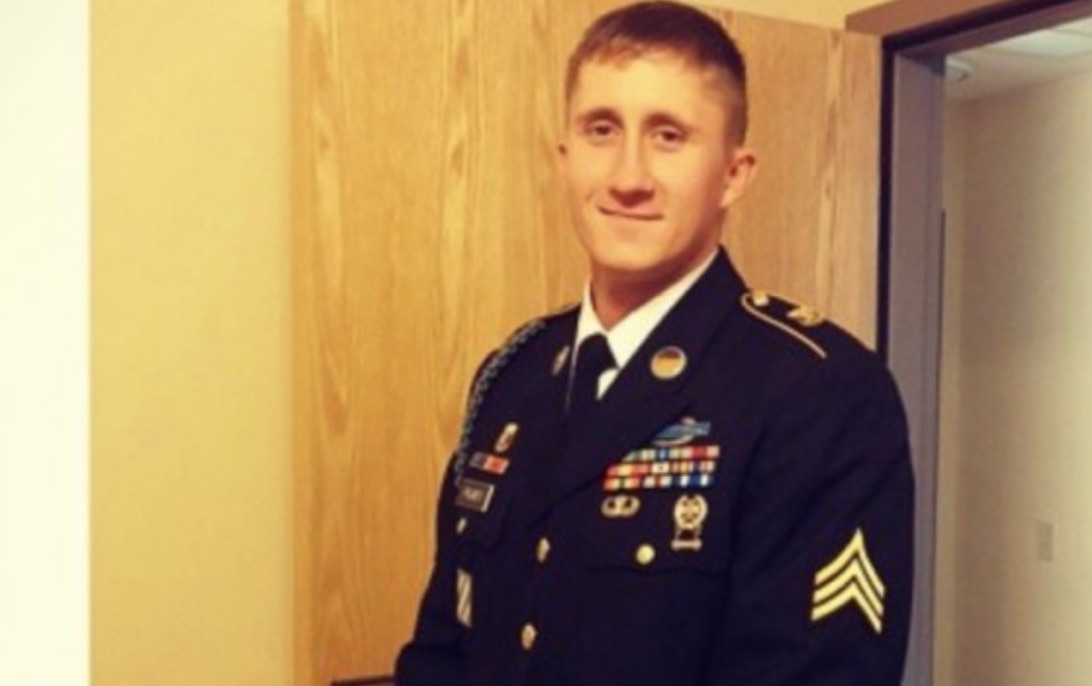 David Palmer is an Army veteran. He spent seven years in service to our country, some of which included service in Afghanistan on behalf of every American, and in defense of our freedom. But reportedly on September 21, during the violent looting and riots that overtook parts of Charlotte, North Carolina, David became a victim of what looks like the increasingly-typical violent faction of Black Lives Matter. Here’s his story, from Fox 46:

He has a fractured eye socket and multiple broken bones in his face. Warlick told WBTV Palmer is going to have a metal plate on the left side of his face and will need reconstructive surgery.

A second man is also on tape being assaulted by BLM-types:

A 24-year-old Charlotte financial services worker has come forward as the man who was beaten, kicked and stripped of his pants last week by a group of 10 attackers during Charlotte’s violent uptown protests Sept. 21.

Mitchell Barnes says he suffered a broken jaw in the attack, which he said occurred about 10:15 p.m. in the EpiCentre garage at 210 E. Trade Street.

Do you hear that sound? That’s the sound of crickets coming from the Obama Administration. And from Team Hillary, who’s essentially on Team BLM, also conspicuously silent.

In response, David’s sister has set up a GoFundMe page to help with what is certain to be a long, painful, and expensive recovery.

My name is Ashley and I am David Palmer’s sister. As most of you know, David was attacked during the Charlotte Riots on Wednesday night (September 21st). He had gotten separated from the group as things started to get serious and in his efforts to get back home he was jumped by 10 men that were attacking multiple victums [sic] and looting serveral [sic] businesses around the Epicentre. They stole his phone and caused bodily injuries, not to mention the mental toll that it has taken. This is David’s first year as a civilian after serving 7 years in the United States Army and also serving oversea’s. [sic] Not knowing how to adjust, he got a job as a barback [sic] at a local bar making quick cash until he starts school in the Spring. Needless to say, he is out of work and won’t be able to make money to pay his monthly bills for awhile. He has been to 3 different doctors and will be undergoing surgery on Monday. He has a fractued [sci] eye socket and multiple broken bones in his face. The specialists told us to imagine dropping a dinner plate from above your head…”that’s what the inside of your face looks like right now.” If anyone can donate to help David out as he recovers from surgery and gets back on his feet it would be greatly appreciated. All of the calls, texts, and messages have meant so much. My little brother is my rock and seeing him go through such an awful situation is heart breaking. I knew I couldn’t protect him while he was in Afghanistan, but never did I worry about our own streets. If I could cover everything myself I would, but now we have to reach out to you guys. I thank you in advance for your love and support, and David and our family does as well! Thank you Thank you, and much love!!

Now why do I blame a faction of BLM? Here’s why:

Black Lives Matter has morphed from a simple, though oftentimes militant, protest group into a full blown domestic terrorist organization, in my oh-so-humble-opinion. And for those whose emotional reflexes jump immediately to the “you’re a racist” mantra, I’m referring, of course, to the organization, not the black community as a whole. Many, in defense of the behavior and actions of BLM—including the worthless media and within our own federal government—like to obfuscate the two, effectively shutting down dialogue. Alinsky 101. And why we can’t effectively discuss race relations and the root causes of the issues many of our fellow Americans face daily.

Now just imagine if David were a black man beaten by a mob of white animals. Yes, I said animals. National media coverage would be nonstop; the Obama Administration would be sending a fleet of lawyers to investigate Mr. Palmer’s civil rights violations and the incident as a hate crime; and no expense would be spared to hunt down the perps and parade them across our television sets twenty-four-seven. But in Obama’s America—where Justice is for some—Black Lives Matter, and any other lives increasingly do not. That much is glaringly apparent by the silence coming from the White House and national media.