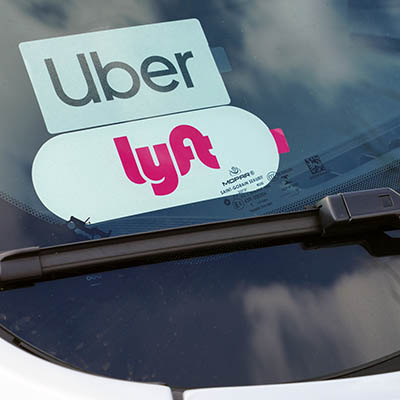 California ended the month of June with a statewide unemployment rate of 15.1% and rather than trying to find ways to allow people to earn a living, Democrats from Sacramento to Los Angeles have stomped on any independence. No where is this more evident than CA AG Becerra’s aggressive stance against Uber and Lyft using the income-killing AB5. Monday a judge in San Francisco ruled that AB5 applies to the ride-share companies and all drivers must be classified as employees.

In his decision, Judge Ethan Schulman agreed with Becerra’s case that both Uber and Lyft were violating AB5 by continuing to classify drivers as contractors.

As has been discussed before, AB5 frankly bans independent contractors and small businesses. Ostensibly aimed at gig application businesses such as Uber, Lyft, Instacart, et al, it swept up in its maw over 3 million people spread over 300 different careers.

AG Xecrable Becerra has pursued his lawsuit against Uber, et al, even in the face of Proposition 22 on November’s ballot. He is determined to destroy these companies now in order to moot Prop 22.

Whether you like or hate the ride-sharing and delivery companies is not important here. Adults should have the right to freely engage in commerce on their terms. Additionally, the services they provide, and the ease of using them, were not only a significant factor in reducing DUIs but during California’s continued China virus house arrest, they provide a lifeline for many small restaurants and other business who remain closed except for pick-up and delivery. Also, California unemployment department has yet to get out of its own way and has failed, miserably, in getting unemployment checks to the people Gov. Newsom and Sacramento Democrats put out of work in the first place.

Assembly member Tom Lackey, R-Palmdale, said, ”Many of the people in my district have had no income, no income since March. I am embarrassed, and I hope that members of the EDD are more embarrassed and that will trigger action. I don’t think government has ever looked more broken than it has right now.” …

The department has also been slow to handle its case backlog. Hilliard proudly announced that it has 239,000 cases awaiting resolution, a figure Assembly member David Chiu, D-San Francisco, disputed. He said there are at least 889,000 whose claims have not been addressed because the EDD “needs more information.”

There are Californians who have not had any income since March. None, nada, nothing.

But Democrat priorities are to the powerful state unions, amirite?

And this goes far beyond Uber. With all schools closed — public, charter, private and religious — parents are faced with starting the fall term as it ended in the spring. Online. For many families this is unacceptable. They want their kids to have in-person teaching and some contact with other schools. So like a lot of places, families are networking to toss enough $$$ in the hat to hire a teacher for small groups of kids.

Which, under AB5, could be illegal …

A rabble-rousing activist by the name of Carl DeMaio caused a stir this week by holding a press conference in which he declared that hiring tutors could be could result in people getting fines under California’s AB5 law. The author of the law, Assemblywoman Lorena Gonzalez, has disputed that claim, but her own office has indicated that there are potential circumstances where it could happen.

Confusing grey areas such as this are what happens when blanket laws like AB5 are passed in an effort to punish certain companies, in this case Uber and Lyft, without much thought given to the possible consequences. In the case of AB5, there have been quite a few, since the law drastically restricts what the freelancers and the self-employed can do. COVID-19 has just made them worse.

You think you’re safe from this Socialist nonsense because you don’t live in California? Wake up and smell what the Democrats are shoveling your way. Biden, Schumer, Pelosi and all the little Woke unionistas want AB5 nationwide (with none of the political carveouts done in CA). This is not about Uber.

President Trump may not be your cup-of-tea, but he’s the only one standing in the way of the Biden stalking horse and the complete gutting of what makes America, America.

Vote in November as if your life and livelihood was at stake. Because it is.