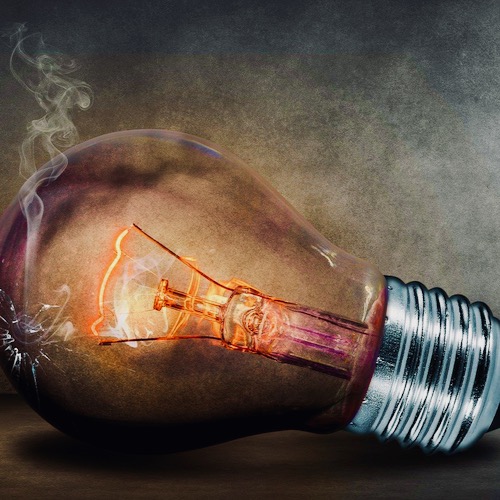 ““As the month of February 2021 began, the notion that a financially stable cooperative such as Brazos Electric would end the month preparing for bankruptcy was unfathomable,” the company’s general manager Clifton Karnei wrote in a 46-page declaration. “Yet that changed as a direct result of the catastrophic failures that accompanied the winter storm that blanketed the state of Texas on or about February 13, 2021 and maintained its grip of historically sub-freezing temperatures for days.””

Brazos Electric had a clean bill of financial health, and in fact has been financially solvent for the entirety of it’s 80 year history. Until this February that is. So, what happened?

As the world knows, Texas got slammed with a massive polar vortex of an ice and snow storm. It was a storm that cratered the power grid, leaving millions without power, destroying homes and businesses, and eventually having nearly 14 million Texans having to boil water for days. It also led to, as Lisa wrote here, five ERCOT board members resigning while likely hoping they don’t get sued for how they mishandled everything leading up to and in response to the storm.

Griddy, an electric wholesaler has its own problems.

One power supplier, Griddy, told all 29,000 of its customers that they should switch to another provider as spot electricity prices soared to as high as $9,000 a megawatt-hour. https://t.co/CqQGE7W3AM

One of Griddy’s customers filed a $1 billion class action lawsuit in response to receiving a $9,000 electric bill just days after the storm hit. Others who sourced electricity from Griddy were hit with bills as high as $17,000!

“Griddy passed skyrocketing energy costs to customers with little to no warning, resulting in consumers paying hundreds or even thousands of dollars each day for electricity,” the news release said.”

Just a day or so before Brazos Electric, which services over 1.5 million homes and businesses, declared bankruptcy, Clifton Karnei resigned from the ERCOT board. Yes, Karnei lives in Texas. However, it’s the timing of his resignation and the declaration of bankruptcy that is of interest.

If Brazos Energy Cooperative was in sound financial health, why the bankruptcy now? A key culprit is…ERCOT.

“Brazos said that it received excessively high invoices from the Electric Reliability Council of Texas for collateral and for purported cost of electric service. The invoices were required to be paid within days.”

As a cooperative, those bills would’ve been passed to the consumers. Brazos, under Karnei’s leadership, decided not to do that, which led to the declaration of bankruptcy. The dollar amount of the bills that ERCOT dropped into Brazos lap? $2.1 Billion. Yes, you read that correctly.

“When regulators ordered market prices to go as high as $9,000 per megawatt-hour, the collateral Brazos was required to post ballooned to $1.6 billion in just four days, more than twenty times the average before last month’s extreme weather event. Additional settlement charges and fees to Ercot also piled up.

Mr. Karnei said the invoice from Ercot was nearly three times as much as Brazos spent buying power for its cooperative participants in all of 2020.”

ERCOT, already under fire for their mishandling of this crisis, decided to dig a deeper hole by slamming the power providers around the state with jacked up billing. ERCOT required the invoices to be paid in a matter of days. This is the SAME ERCOT who has known since 2011 that the power grid needed to be winterized! The Federal Energy Regulatory Commission sent an official notice to Texas, ERCOT, and the the power generators about the issue. They were essentially told to get it done…and they didn’t.

It’s good that Brazos doesn’t want to pass along an outrageous $2 billion ERCOT bill to their customers. However, as noted in the video above and elsewhere, ALL the power operators in Texas bear some blame for the Texas Ice storm debacle. They KNEW the grid needed to be winterized. They KNEW ice storms (albeit not as huge as this one) do hit the state and cause issues.

But instead of planning for the future by winterizing the grid, business as usual was their modus operandi. Millions of people suffered as a result.