Next post
Brazos Electric Declares Bankruptcy Due To ERCOT Billing 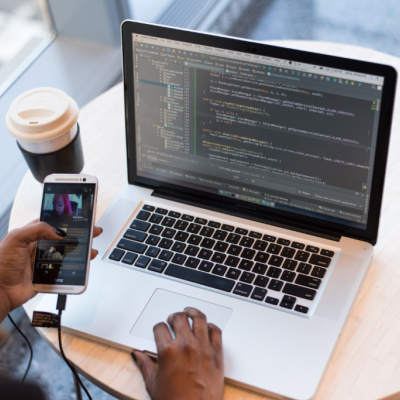 For decades, the elite Progressives have been unctuously devoted to their lip service about helping the underprivileged, particularly those people of color. The fact that nearly a half century of the elites loving care had produced results opposite of those desired was explained by the existence of racist Republicans. The truth is, and they are being open about it now, is that the rhetoric and programs have always been about the bigotry of the progressives.

Those of us to the right of Senator Joe Manchin have always known that the Progressives were bigots. We could scream it from the tops of the Empire State Building, but it wouldn’t break through the Democrat/Media Industrial Complex. The Big Tech Oligarchs silenced Conservative voices, when they got in the game. Remember when George W. Bush called it the “soft bigotry of low expectations”? It’s neither soft no low. The bigotry is evil.

The evil bigotry is there for anyone who chooses to see it now. Joe Biden said that African-Americans and Hispanics aren’t getting in line for their Covid vaccines because they are computer illiterate. Here is the video:

One gentleman on Twitter uploaded a video making fun of the statement:

Did Biden say blacks can't use the internet?🤣🤣 pic.twitter.com/90c8zFl203

The video is funny. Joe’s attitude towards people of color is not funny. It is of a piece with other statements by Hidin’ Biden. Just last year, Biden told Charlamagne tha God of The Breakfast Club:

‘If you have a problem figuring out whether you’re for me or Trump, then you ain’t black’.

Our media overlords excused the behavior, as Deanna wrote. You can read her full post here.

Joe Biden has an excuse. He is an old racist and well-past his sell by date. Bill Gates, founder of Microsoft is just a Progressive elitist filled with bigotry. He is funding a program that asserts that math suffers from white supremacy. The program is called “Equitable Math”. You can read the toolkit for the program here. If you don’t want to have to bleach your brain, here is the first part of the exercise: The teacher must first examine his/her own identity. My math teachers never worried about their own identities. They only cared about whether students got the right answers.

The screenshot making the rounds on Twitter is an image of the EquitableMath.org website that begins with: “White supremacy culture shows up in math classrooms when… The focus is on getting the ‘right’ answer.”

That’s followed by a paragraph that reads: “The concept of mathematics being purely objective is unequivocally false, and teaching it is even much less so. Upholding the idea that there are always right and wrong answers perpetuate objectivity as well as fear of open conflict.”

The focus is on getting the “right” answer because people like bridges and buildings that don’t collapse. It’s not a white thing. Blacks, Hispanics, Asians, Indians, Aboriginals and any other race I forgot feel the same way.

The bigotry here is so regressive that it’s hard to know where to begin. Little Jamal and Little Jorge don’t know how to get the right answers because they have not been taught how. They have been taught Trans-politics. They know who Greta Thunberg is. They have been confused by Common Core mathematics. But, no one has spent the time to teach them basic arithmetic. 1 + 1 = 2. That is not white supremacy. It is a universal fact.

In order for the United States of America to continue to be the greatest nation on Earth, we need for every student to be educated to the best of his/her ability. We all have individual strengths and weaknesses, but there is no racial component to intelligence. Thinking that there is is nothing more than evil bigotry. Joe may not know better, but Bill Gates surely should.