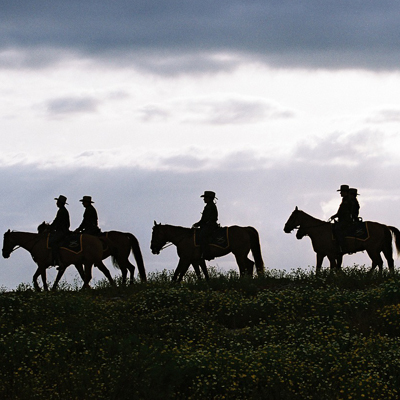 When US Border Patrol agents escaped criminal charges after Joe Biden and Gang accused them of “whipping” Haitian immigrants, we all said “told you so!” But it’s not over. Determined to get their pound of flesh, the Department of Homeland Security plans to “discipline the agents.” Meanwhile the media continue to pile on.

In upcoming days, DHS will put forth proposals to “discipline” the agents on “administrative violations.” The agents will have the chance to respond and accept or fight the discipline. Right now these men are on desk duty, where they have been since September.

Fight the discipline? How well do you think that will work, taking on the federal government?

“What we’re seeing right now is the executive branch weaponizing the Office of Professional Responsibility to go after what President Biden perceives as political opponents. He doesn’t like the Border Patrol. He has never liked the mission of the Border Patrol. And now he is going after these agents because he panders to open border activists.”

It’s always politics with this administration, isn’t it?

Dana Perino Stands Up for the Border Patrol

On Wednesday’s installment of The Five on Fox News, panelist Dana Perino stood up for the agents. She said they didn’t deserve anything but “an apology:”

“I find this in the long list of embarrassing things for the administration. This for me goes to the top because it incorporates all of the things that are wrong. They’ve never been outside of the eastern seaboard, so they don’t know what it’s like to actually ride a horse and utilize a horse. They’ve convicted these guys before they had even investigated. Then when they found out — that oh it was horse riding, oh they didn’t do anything wrong? They still didn’t pull it back.”

And Perino knows a thing or two about horses: she grew up in Denver, but spent summers on her grandfather’s ranch in Wyoming.

She also pointed out that we’re already short on Border Patrol agents. What could possibly go wrong?

“We are down 2,000 agents at the border. Do you think that’s a good idea? To tell everybody to cool their heels? …  Let these guys get back to work. But instead, they have to come up with some trumped-up charges like some third world dictator. That makes me furious.” 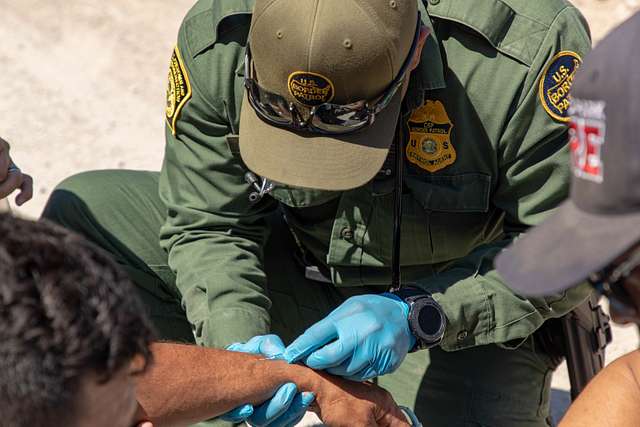 While the panelists on The Five stood firmly on the side of the Border Patrol along with Perino, Geraldo Rivera played the heartstrings for the Haitians. He bleated about how they had walked 5000 miles (what did he think this was? The Trail of Tears? The Bataan Death March?) only to meet up with men on “big horses,” blah, blah, blah. And he told some baldfaced lies, too.

Cry me a Rio Grande, Geraldo.

The exchange with Rivera and the panel was — in a word — tense.

Geraldo Rivera constantly beclowns himself over migrants because he never met one whom he wouldn’t sob over — legal or not. So when even the self-composed Dana Perino yelled at him, you knew he was over the top.

“You have to be a real jackass to get yelled at by Dana.”

Which is precisely what Geraldo Rivera is: a jackass. I could go on, but there’s more to discuss.

Then There’s the Coin Scandal

The Border Patrol has yet another problem on its hands, and that’s a commemorative collector’s coin that was sold on eBay. One side of the coin pictures an agent chasing a Haitian migrant. The other side reads: “Reining it in since May 28, 1924,” “Yesterday’s border is not today’s border,” and “You will be returned.”

Apparently dozens of them sold on eBay for $15, but no one knows where they came from. Luis Miranda, a spokesman for the Customs and Border Protection’s Office of Professional Responsibility said the agency is investigating, and added:

“The images depicted on this coin are offensive, insensitive and run counter to the core values of C.B.P.”

But that didn’t stop liberal media from — once again — accusing the border patrol before learning the facts.

The people who did this should not be working at the Border patrol! Full stop. My latest for @OccupyDemocrats https://t.co/tb3Ns9Rp1L

MSNBC was appalled that the image of “a Border Patrol agent on horseback chasing down a Black Haitian migrant like a modern-day slave patroller” would appear on a coin. Nor is it the only time that agents have passed around similar coins; MSNBC says that a similar coin mocking migrant children circulated in 2019.

However, MSNBC doesn’t expect the CBP to do much investigating into the “racist coin.”

“Still, considering the history of inaction from CBP and the Department of Homeland Security (DHS) after promising to investigate the apparent violence against Haitian migrants in Del Rio in September, there is little expectation that a CBP inquiry into yet another racist coin will mean anything.”

Shorter MSNBC: Customs and Border Protection is a racist department and should be eliminated.

Cut the Border Patrol Some Slack!

Call me heartless, but I just can’t get my knickers in a twist over a stupid coin, even if some agents were behind it. Because such things are borne out of frustration.

Frustration at not having enough personnel to keep all the coyotes and human traffickers and drug smugglers out of the country you’ve sworn to protect.

Frustration at having to deal with this, day-in and day-out. And it Just. Doesn’t. Stop.

Because the President wants to keep them coming.

AMAZING — Since the Biden administration has kicked @BillFoxLA and his team out from flying Fox News's drones along the U.S./Mexico border in Del Rio, TX, *local* law enforcement decided to get him a helicopter to hop in and go check things out to continue reporting. pic.twitter.com/pZ54my6E7o

Then on top of that, the media hate you. Hell, even Joe Biden hates you, along with the rest of his administration. They won’t even visit the border. They’ve all forgotten that it was a Border Patrol tactical team that took out the monster in Uvalde. Because being heroes is so yesterday.

The Border Patrol deserves respect. But just like big city police, they just can’t get a break.