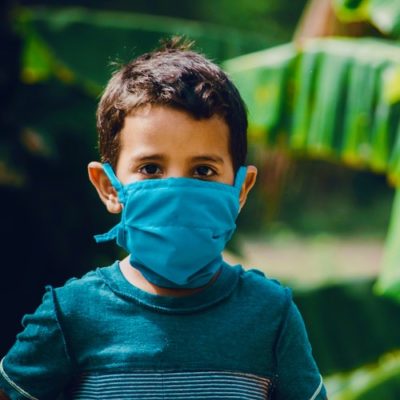 Previous post
Say Anything In NYC, But Do NOT Question Mask Mandate!

Next post
Obamacare is Popular And Obama Will Save Midterms 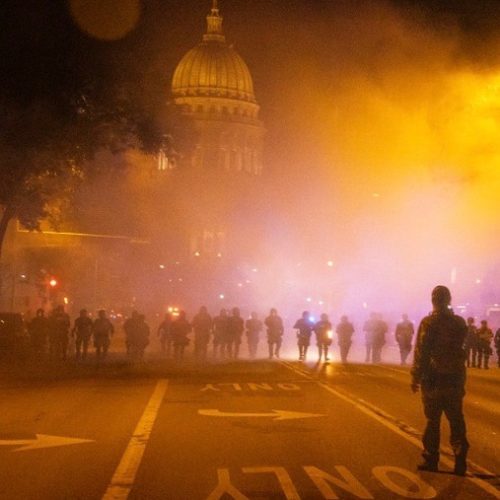 Here’s another story Black Lives Matter Global Foundation (BLM) would love for us to bury six feet under. Which is, of course, why, we want to tell it. The latest in BLM’s portfolio of properties? A 1930’s “farm house” complete with a sound stage, music studio, pool and a two-bedroom guest house.

The price tag? A cool $6 million dollars, glad you’ve asked. The property was secretly bought by a shell company in Oct. 2020 connected to BLM, which used part of its $90 million donation windfall to purchase the property as a “campus” for the organization, a “hype house”, if you will. BLM wanted to keep “Hype House” a secret. But it appears they were not too smart about hiding the trail.

If we remember 2020 correctly, we saw neighborhoods in black communities get torched thanks to riots. Yeah, people actually donated to BLM in the hopes of fighting racial injustice. Those donations contributed to the bougie lifestyles of the upper echelon of BLM quite nicely-namely, Patrisse Cullors, Alicia Garza, and Melina Abdullah-who sat around a table on the one-year anniversary of the death of George Floyd, feasting on charcuterie, toasting with the MOËT to being “survivors” and discussing the vast right-wing conspiracy. More of this “vast, right-wing conspiracy” from our friends at Fox News:

For me, the hardest moments have been the right-wing-media machine just leveraging literally all its weight against me, against our movement, against BLM the organization. I’m some weeks out now from a lot of the noise, so I have more perspective, right? While I was in it, I was in survival mode.”-Patrisse Cullors

Those shackles, so heavy. Must. Break. Free. Of. Bondage. Sing a sorrow song, Patrisse. Go Wade in the Water of that sparkling Studio City pool.

Why was Cullors in “survival mode”? Because she was exposed by the media that year and questioned about the four homes she purchased for nearly $3 million. She talked of this on the patio of the $6-million dollar mansion we speak of today. Sean Campbell blows the lid of the sham we know as BLM:

On March 30, I asked the organization questions about the house, which is known internally as ‘Campus.’ Afterward, leaders circulated an internal strategy memo with possible responses, ranging from ‘Can we kill the story?’ to ‘Our angle — needs to be to deflate ownership of the property.’ The memo includes bullet points explaining that ‘Campus is part of cultural arm of the org — potentially as an influencer house, where abolition+ based content is produced by artists & creatives.’ Another bullet is headed ‘Accounting/990 modifications’ and reads in part: ‘need to first make sure it’s legally okay to use as we plan to use it.’ The memo also describes the property as a ‘safehouse’ for leaders whose safety has been threatened.”-Sean Campbell, New York Magazine

(Needle scratch.) Wait…what?! A “safehouse” for leaders whose “safety has been threatened”? Are they for real? Don’t answer that. And more:

In an emailed statement on April 1, Shalomyah Bowers, a BLMGNF board member, said that the organization bought Campus ‘with the intention for it to serve as housing and studio space for recipients of the Black Joy Creators Fellowship.'”-Sean Campbell

Except, the Black Joy Creators Fellowship, among other groups, were not seen in these spaces, “creating”, as BLM spokespeople say they were. Who was seen in this house? Patrisse Cullors. So, let’s follow the money once again.

After the influx of donations to BLM after the death of George Floyd, a man named Dyane Pascall purchased the seven-bedroom house. The seller of the home was televangelist Shawn Bolz, who sold the property for $3.1 million. According to California business-registration documents, Pascall is the financial manager for Janaya and Patrisse Consulting, an LLC run by Cullors and her spouse, Janaya Khan. Another interesting twist? Pascall is also the chief financial officer for Trap Heals, a nonprofit led by Damon Turner, the father of Cullors’s only child.

Things that make you go “hmmm”. Seems as if Patrisse Cullors used the house on several occasions for filming of videos on YouTube. One where she baked a recipe from her mother. And another on the anniversary of the death of George Floyd where she and her friends told anyone who questioned them, and I quote: “Who the f#ck are you? You ain’t done sh#t.” Ah, yes. A $6-million dollar house does not a classy woman make.

But as we follow the money once again, there are so many things wrong with this picture. A televangelist has a $3-million-dollar property? I have been questioning multi-million-dollar real estate shell games the affluent “Christian” community has played for years. That’s another rant for another time as we circle back to BLM. Then there was the transaction after the sale of this property to a shell company where no transfer tax was recorded because the LLC was representing BLM? More things that raise some eyebrows for sure.

Cullors was already criticized for a previous real-estate shopping spree. And then there was the mansion in Toronto. Also purchased with BLM money. Meeting places. Places of refuge. Centers of cultural enrichment and entertainment. Let’s guess. This BLM Hype House was an “urban experiment”, right Patrisse?

We are trained Marxists. We are super-versed on, sort of, ideological theories. And I think that what we really tried to do is build a movement that could be utilized by many, many black folk.”-Patrisse Cullors

It should be confiscated and then filled with trans, homeless and/or otherwise intersectionally oppressed minorities #BlackLivesMatter

Super-versed on, sort of ideological theories. Sort of. Easy to spout off about. Even easier when you’re not the one who is living that way.