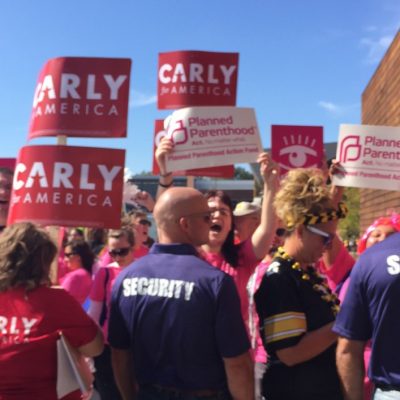 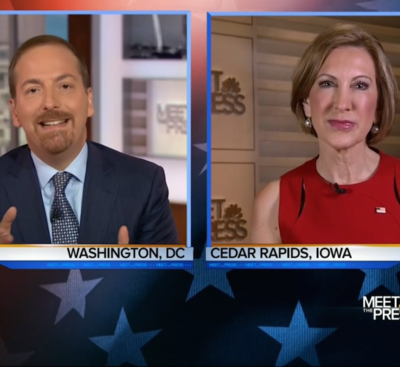 Next post
Fiorina Attacked by Chuck Todd and Planned Parenthood, Fends Them Off 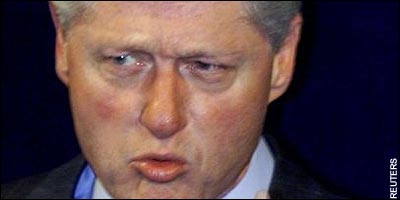 Bill Clinton is very, very upset. He sees Hillary’s poll numbers tanking, and is going into full blame-everyone-else mode, attacking Republicans and the media for his wife’s email scandal.

In a CNN interview with Fareed Zakaria, scheduled to air on Sunday, Clinton complained:

“The other party doesn’t want to run against her. And if they do, they’d like her as mangled up as possible. And they know that if they leak things and say things, that that is catnip to the people who get bored talking about what’s your position on student loan relief or dealing with the shortage of mental health care, or what to do with the epidemic of prescription drugs and heroin out in America.”

He also blamed the political press corps for ginning up news in order to create political competition, and cited his wife being regarded early in 2015 as “the most admired person in public life.”

Haven’t we seen this movie before?

It’s amusing that the Clintons are whining about political foes attacking them, especially when new analysis from the Washington Post pretty much confirms that it was the 2008 Hillary Clinton presidential campaign that started the Obama ‘birther’ movement. The Hillary camp started the rumors in 2007 with a memo from chief strategist Mark Penn suggesting that Obama lacked “American roots;” progressing through email circulated among Democrats by Clinton staffers suggesting that Obama was born in Kenya; and then through propagation of the well-known picture of Obama in a turban. 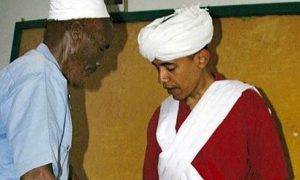 Hillary further attempted to stoke the birther story in this 2008 interview with Steve Croft on 60 Minutes:

How ironic for Bill Clinton to complain that scandals have plagued the presidential campaigns of Hillary and him. “It always happens. We’re seeing history repeat itself,” he griped.

Here, Mr. Clinton, let me play the world’s smallest violin for you and Hillary:

The Clintons have long been masters of deceit, obfuscation, cover-up, and behaving as though rules never apply to them. I’m betting that somehow Hillary will wiggle herself out of any indictment for her email and server breach, and her supporters will heave a sigh of relief. After all, integrity is just not in the wheelhouse of the Democratic base. But perhaps the average not-terribly-political voter will take notice and decide that they’ve seen enough Clinton corruption.