Previous post
Fetterman: No School Vouchers For You, Pennsylvania 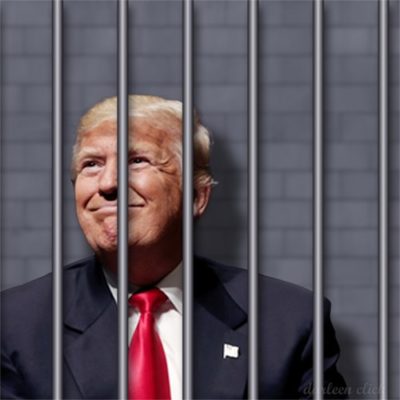 Next post
They Finally Have Trump And He'll Be Indicted 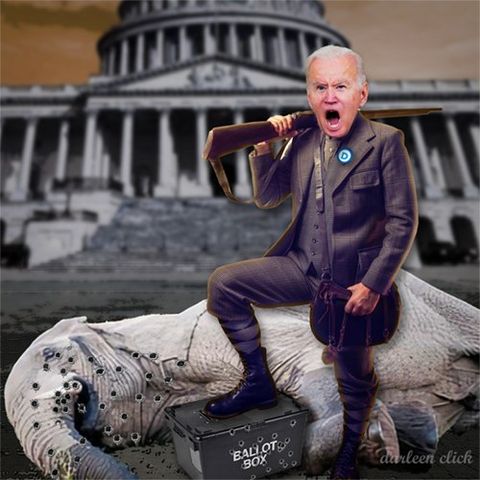 Joe Biden’s new unity message this week is that Republicans and conservatives are semi-fascists.

Exuberant over a string of recent legislative victories, and launching his midterm campaigning in earnest, President Joe Biden swaggered into Maryland on Thursday and excoriated his predecessor’s philosophy as “semi-fascism,” in what constituted an unusually pointed and highly charged denunciation of Republicans.

“What we’re seeing now is either the beginning or the death knell of extreme MAGA philosophy,” Biden told Democratic donors in the Washington suburb of Rockville. Calling out those he labeled as “extreme” Republicans, Biden said: “It’s not just Trump, it’s the entire philosophy that underpins the — I’m going to say something, it’s like semi-fascism.”

This is a man who declared after he was elected that he’d unify the country. Since then, his message to Americans and the world has been anything but. Yet, according to the Washington Post’s Dana Milbank, anyone who is a conservative, who dared vote for Donald Trump, or even express concern about the security of our election system is indeed the semi-fascists that Biden labeled them/us as.

Republican candidates up and down the November ballot reject the legitimate outcome of the last election — and are making it easier to reject the will of the voters in the next. Violent anti-government rhetoric from party leaders targets the FBI, the Justice Department and the IRS. A systemic campaign of disinformation makes their supporters feel victimized by shadowy “elites.” These are hallmarks of authoritarianism.

Let’s stop right there Dana. It isn’t the conservatives or Republicans who are authoritarian or semi-fascists. It’s the Democrats, much of the media including yourself, and the leftists who want the government to rule us all with no questions asked.

Ron Klain, Biden’s White House Chief of Staff, is here to tell us that yes, because Republicans oppose Biden’s agenda and Trump is erratic, Biden’s claim that we are semi-fascist is correct.

Oh, I see. WE are the authoritarian semi-fascists because we don’t like what the Biden Administration is doing and are speaking up against it and therefore them.

So stop speaking against the government bailing out those in debt with their student loans.

The inflation reduction act is a brilliant piece of legislation, so bend over and take it guys.

Parents who are against schools hiding sexual assaults, firing white teachers first, or promoting the divisive Critical Race Theory? The Biden Administration labels you as terrorists, so you might as well just give it a rest.

We aren’t allowed to be against higher taxes.

We aren’t allowed to speak against and be angry a year later at how Biden’s Afghanistan withdrawal led to the deaths of 13 American soldiers and wounded over 45 others.

Here’s additional items we aren’t allowed to be against.

Using government law enforcement to raid the home of a political rival while ignoring issues in one’s own party.
Sending an ominous message by hiring and arming record numbers of government agents.
Brokering public health crises to control the public.
Routinely bypassing the legislative branch with executive orders.
Stumping for votes by shoving student loan debt onto people who didn’t take out student loans.
Encouraging people to protest outside of the homes of Supreme Court justices who make decisions that are not popular with his party.
Handing over millions of dollars in military equipment and assets to terrorists.

Joe Biden stumbles, not swaggers, onto a stage this week and tells the world that ANY opposition to his agenda is led by the horrible no go very bad MAGA semi-fascists. It is they who are the authoritarians in the room and it is they who are taking away everything.

The White House has totally jumped on board with this message of unity.

.@PressSec on @POTUS calling MAGA 'semi-fascism': "You look at the definition of fascism and you think about what they're doing in attacking our democracy, what they are doing in taking away our freedoms…wanting to take away our rights, our voting rights. That is what that is." pic.twitter.com/AofJ88b0lS

GorT: They have redefined words so much that they don't even know that some actions by the Biden-Harris administration meet the dictionary definition of "facism" https://t.co/RG6gM7s3Vd

Fascism is, by definition, one that has as its foundation a one-party rule, secret police, and a complete state-driven economy. Sound familiar? It’s well-known historically from China to Spain to Italy, and at its horrific worst – Germany.

Joe Biden’s statement is incredibly dangerous rhetoric that won’t unite this country, it will only further divide it. Sadly and infuriatingly, I have to believe that that’s what the Democrats want.