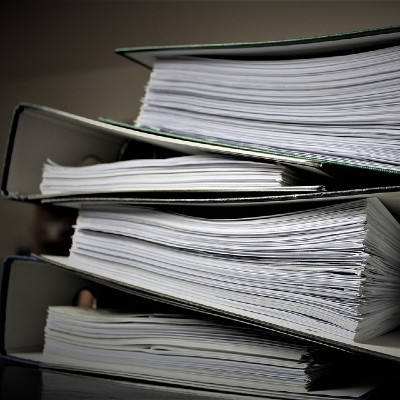 The Biden Department of Homeland Security is looking to shed its bad press and make liberals feel better.

Despite the yowlings of Joe Biden that “people will PAY” for using “whips” that didn’t exist on Haitian illegals, the narrative has begun to subtly disappear now that DHS Secretary Mayorkas has admitted that the Biden administration got what it wanted – the unloading of thousands of illegals into the interior of the country.

Just look at the “corrections” that the New York Times – along with other media outlets – have made to their original stories.

Original:"The images of agents on horseback chasing, & in some cases using the reins of their horses to strike at running migrants…"

Good job, guys! We made the horses the problem, not the optics of thousands of people under a bridge abandoning their ID cards and flooding the border illegally! We should probably and go stealth-edit a few things now that the narrative has been achieved.

Still, even the releasing of thousands of Haitian illegals into the country doesn’t get Team Biden any closer to getting what they REALLY want – legalization of the illegals already here, and giving them a “pathway to citizenship” in order to make loyal Democrat voters of them. Biden’s most recent maneuver – just stick immigration into the budget bill and get it passed through reconciliation! – got taken out at the knees by the Senate parliamentarian, so now Biden is stuck yet again. Mitch McConnell correctly identified the opportunist nature of this move.

Never fear, Mayorkas is here! And he knows how to fix this! (Even though he’s still carrying a torch for the reconciliation bill.) Make DACA a huge bureaucratic nightmare, so no one notices that it is still illegal and tied up in the courts, and just act like it’s all official now because there are RULES that have been made by the bureaucratic machine!

Monday, the Department of Homeland Security announced a proposed rule which will go through a public comment period but stressed that it is still not a final substitute for congressional action.”

“The Biden-Harris Administration continues to take action to protect Dreamers and recognize their contributions to this country,” Homeland Security Secretary Alejandro Mayorkas. “This notice of proposed rulemaking is an important step to achieve that goal. However, only Congress can provide permanent protection. I support the inclusion of immigration reform in the reconciliation bill and urge Congress to act swiftly to provide Dreamers the legal status they need and deserve.”

According to the proposed rule, to qualify for DACA, individuals must have arrived to the US before their 16th birthday, have continuously resided in the US since June 15, 2007, are currently in school or have graduated, have not been convicted of a felony, and do not pose a threat to national security or public safety, among other criteria.”

DACA is still tied up in the court system, as the Biden administration tries to save it after a Texas judge declared it unlawful. And of course, Trump tried to get rid of it and John Roberts wimped out at the Supreme Court. Thus, here we are, with Mayorkas attempting to create a bureaucratic rule structure that they will be able to point to later and say “See? We put up these rules and had a public comment period and EVERYTHING, so we should be able to keep it!”

And because this is all about letting the bureaucrats actually be in charge of everything, the “proposed rule” document is… 205 pages long.

If this last year and a half has taught us anything, it’s that the administrative “deep” state is completely out of control. The bureaucracies of the United States hold the power to ruin the lives of everyday citizens, and there is zero accountability when they screw up, and no way to rein them in when their power becomes too complete, save when an actual branch of government smacks them down.

The deep state always finds ways to dig its roots in even deeper – and that’s what Mayorkas is counting on by using the bureaucracy to codify DACA through the backdoor with these rules.