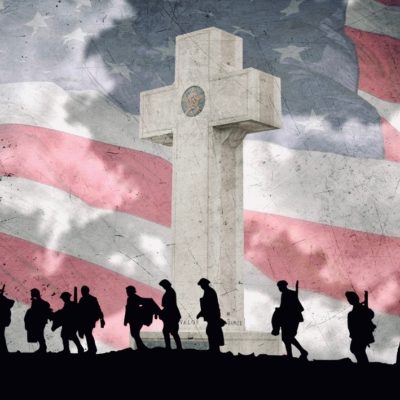 Next post
Supreme Court Rules In Favor Of Bladensburg Cross 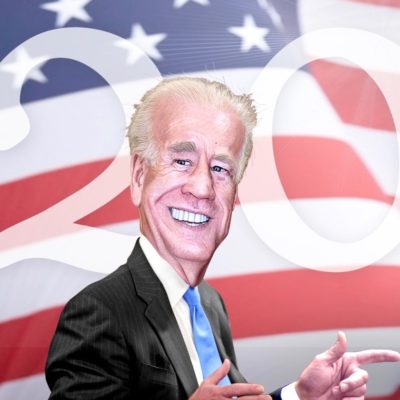 Joe Biden is taking heat for citing his working relationship with segregationist bigots, Senators Talmadge and Eastland, as an example of “working together” to get things in DC done. His Democrat rivals seize this opportunity take down the leader; Crying Cory Booker wants to deliver a lesson to his party’s leading candidate. Meanwhile, the “town criers” pile on, while ignoring the Democrat party’s uncomfortable history.

“He Shouldn’t Need This Lesson”

In his CNN/Don Lemon interview Race Cryin’ Cory Booker several times stated that Joe Biden shouldn’t need to be taught “this lesson.” Presumably, one Booker wants to deliver. The one where Joe Biden gets smacked down by the politics of race, as dictated by modern Democrats. Joe’s crime? Making a point to stress that getting things done requires working with people who hold different, and sometimes contrary views. To those of us who live outside of the bubble, the phrase is “being an adult.” Biden says as much with his refusal to apologize, and demanding one of Booker.

“Boy” and “Son”, Both Uttered By Bigots

Booker compares the use of “boy” to “son” in some context that implies “son” is a favored phrase. I know Cory is from “up North”, but in the South the phrase “son” is not an endearment. Ask any young man raised in the South, and he will tell you that the phrase and accompanying tone are completely derogatory.

An easy example, “Son. Now let’s tell you how it’s done down here in these parts.” The subject of “son” is well into adulthood, and the comment is said with a snide tone. When Joe Biden was referred to as “son” by a person who disagreed with him, it may as well have been “boy” for all the warmth it conveyed. A peer in the Senate called him “Son.” Not Senator, not Mr. But a single word that in the South implies a simple-minded person, incapable of understanding larger concepts. Joe Biden faced contempt from the segregationist Democrats. It was exactly the point Cory chose to ignore. To acknowledge otherwise, would put Biden on the firm ground of someone who understands that passing “good” legislation means working with unpleasant people. Essentially, being an adult and working for the greater good, beyond petty personal feelings.

Cory is shopping with his Black Card, but is anyone willing to sell their vote? Joe Biden makes questionable comments, and contact. But what he does have is credibility within the Black Democrat community. His current polling numbers lead the pack, well ahead of Booker.

Now the picture becomes clear. Cory Booker is taking his shot to knock down “Crazy Uncle Joe” in the polls. But what Cory fails to respect is that Joe has been in DC a long time. He’s affable, and likable. Much in the same way as Tony Soprano. Smiling in cold blood. Joe Biden isn’t going to take the crap from some upstart New Jersey politician. Especially when his success depends on the Black vote, and that vote requires his bona fides within the context of Civil Rights.

Biden has put Black Americans in heavyweight positions on his campaign staff.  Yet, despite being led by a predominately Black female group of leaders, Joe continues to run off the rails with his comments on race and his “touchy” approach to women.

Ignoring History (D)oes Not Change It

When Joe Biden speaks, chaos is sure to follow. Despite all the potential examples of “working in spite of differences” in his long (very, very, long) Senate tenure… Joe picks two well known segregationists to spotlight legislative success. I know, the purpose was to highlight his support for the Voting Rights Act. A topic where he disagreed with his bigoted Democrat brethren in the Senate, but worked together despite personal differences.

They were racist, segregation loving Democrats?! Joe committed the ultimate crime…. He reminded us that the Jim Crow South was held firmly in place by the hands of Democrats. This crime is so vile that Democrats actively deflect and avoid linking the two together. The manufactured outrage directed at Biden is careful to avoid the fact that the racist bigots were Democrats.

Veteran Democrat strategist, Leah Daughtry, does her best in the NYT to spin them as “conservatives.”

“I just really don’t understand for the life of me what the vice president could have been thinking, to bring the names of Talmadge and the others who are well-known conservative segregationists into any conversation referencing civility”

Bigots Everywhere But Our House

Living with oblivion gives us gems from Democrats, like this tweet from Bernie Sanders. Despite this bigoted story falling firmly within the vortex of the Democrat party, they drag in Trump. It’s comical that so many Democrats incorrectly toss around the word “racist.”

I agree with Cory Booker. This is especially true at a time when the Trump administration is trying to divide us up with its racist appeals. https://t.co/VyVcG6srQM

Joe has some history of his own with segregation and bussing. But it dates back to the 1970’s, and includes the standard Biden gaffes. His opposition was stated as,

“I think the concept of busing … that we are going to integrate people so that they all have the same access and they learn to grow up with one another and all the rest, is a rejection of the whole movement of black pride,” [Desegregation was] “a rejection of the entire black awareness concept, where black is beautiful, black culture should be studied; and the cultural awareness of the importance of their own identity, their own individuality.”

If Biden is smart, or at least listens to his advisors, he can pivot this statement to increase his standing with Civil Rights minded voters. Democrats today very much embrace the identity politics, and segregation of groups into individual specific categories. Black. LGBTQ. Hispanic. Everyone has their own awareness concept. Instead of letting Booker drive the narrative that he should apologize for his history and statements, Biden should put it at the forefront. He should not only tell Booker to throttle back on the insinuations, but highlight that he was decades ahead of his party with celebrating the segregation so common in today’s Democrat party.

Meanwhile, the rest of us can sit back and watch them fight over whom is the most “woke” and qualified to lead us out of Trump’s bold faced “bigotry”….. Because you know that day one of any Democrat presidency is when flying unicorns spread magic dust that heals a divided nation. 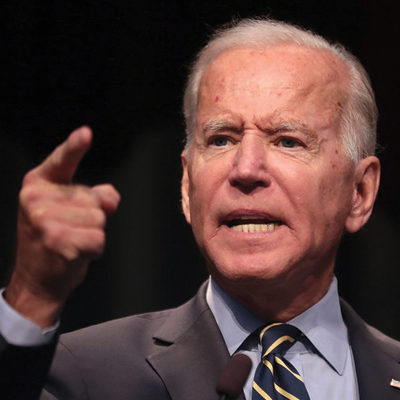