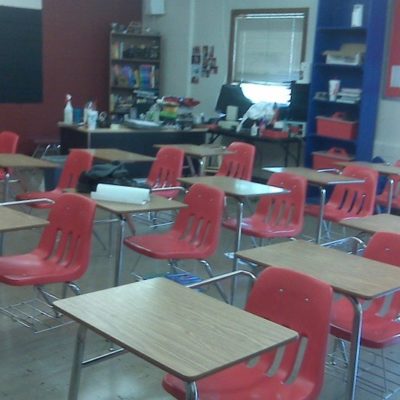 Next post
Loudoun County Anti-Racist Teachers Are Making Their Lists 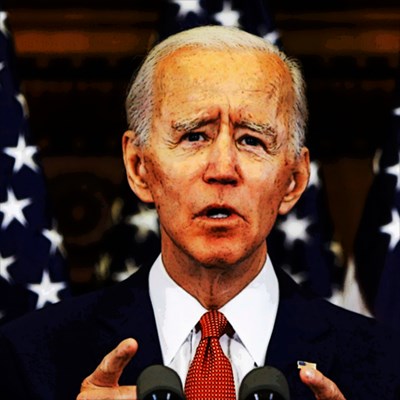 Joe Biden just sat down for an interview with Democrat press secretary George Stephanopoulous in order to give him some cover as the media now wait for the promised first press conference.

By the way, may I remind everyone that George Stephanopoulos was ACTUALLY a press secretary for the Clintons? He is not an “objective” interviewer when it comes to his fellow Democrats, any more than a former Republican press secretary would be an objective interviewer for a Republican president. However, that is exactly why Stephanopoulos was chosen: he is SAFE for Joe Biden to talk to.

Except when Stephanopoulos presses him about the southern border. Oops. Jen Psaki is not going to be happy about this one. After all, she’s tried so hard to not call it a “crisis” and avoided answering questions about the border. And then Stephanopoulos has to go and ask about it.

Amid a surge of migrants and unaccompanied minors on the U.S. southern border, Stephanopoulos asked the president, “Do you have to say quite clearly, ‘Don’t come’?”

“Yes, I can say quite clearly: Don’t come over,” Biden said during the wide-ranging interview in Darby, Pennsylvania.”

“Don’t leave your town or city or community,” he added.”

How nice of George to help Joe out by telling him exactly what to say. I’m sure that this wasn’t planned ahead at all, or that Stephanopolous knew that he could help old Grandpa Joe out by giving him a good quote for the headlines. But the number of kids in cages, or in “soft-sided structures,” is just too much to ignore. As in, WAY too much for media apologists to ignore.
https://twitter.com/NorahODonnell/status/1371950751463923719
Even George can’t save Joe from this question.

Stephanopoulos asked Biden: “Was it a mistake not to anticipate this surge?”

Stephanopoulos noted, “This one might be worse,” and Biden acknowledged, “Well, it could be.”

“The idea that Joe Biden said, ‘Come’ — because I heard the other day that they’re coming because they know I’m a nice guy,” Biden said.”

At which point, as you can see in the interview, Stephanopolous says “They’re saying this.” To which Biden then replies, “Well, here’s the deal, they’re not.” ABC decided to not add in Stephanopoulos’s comment into their article, but it is important to point out that this is happening because Team Biden signaled all through the campaign that they weren’t going to be big meanies like Trump.

Remember that a President’s words and rhetoric can incite a crisis. https://t.co/RDWqxq2Mtd

Then once Team Biden realized that they were actually going to be in charge, they tried to backtrack. Too late. Record numbers are incoming. And who bought these shirts for them? These t-shirts weren’t just lying around on the southern side of the border for anyone to pick up, were they?

Oh, and it’s not just poor Central American refugees looking for economic opportunity who are showing up on the southern border. Both Axios and Fox News confirmed that Border Patrol has taken into custody just a few foriegn nationals that SURELY just took a wrong turn at Mexico City, looking for an airport to hop a flight back home to the Middle East, or Central Europe, or wherever.

Four foreign nationals, whose names match those on the terror watch list, have been stopped trying to enter the U.S. via the southern border since October, a congressional aide familiar with Customs and Border Protection (CBP) information told Fox News.”

That information shows that three migrants from Yemen and one from Serbia were picked up at the southern border by U.S. Border Patrol since the beginning of the fiscal year in October.”

The Serbian national was encountered on Jan. 28, amid an increasing surge in migrant numbers in recent months.”

House Minority Leader Kevin McCarthy said on Monday, during a visit to the border, that Border Patrol agents had been warning lawmakers about foreign nationals on the terror watch list getting in.”

“You saw it in their eyes,” McCarthy said, according to The Washington Post. “They talked about, ‘They’re on the list.’

So, not only do we have an explosion in child and youth detentions, not only do we have a potential COVID-19 eruption coming if unscreened and contagious illegal aliens are simply allowed to walk into the country, we also have more concerns about terror groups trying to use the southern border to sneak in, and more people who are clearly catching a flight to Mexico in order to sneak in for their own reasons.

But don’t worry, because President Grandpa totally has this all under control and told all the people hoping to cross over the southern border not to come. Problem solved now, because I’m sure that everyone who heard him will simply turn around and go home! Right?