Audience Free At #DemDebate Is A Refreshing Change

Next post
Biden Panders Shamelessly For The Female Vote

Audience Free At #DemDebate Is A Refreshing Change 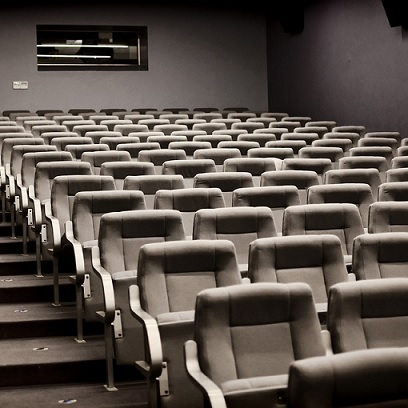 Due to the ongoing COVID-19 concerns about transmissiblity in crowds, the studio audience for this Democrat debate was eliminated. The debate, which was going to be held in Arizona, was also moved to CNN’s studios in Washington D.C.

This debate format is incredibly revealing for the audience at home, because with no studio audience to play off of, both candidates are coming off as weirdly stilted and canned in many ways. Neither Joe Biden or Bernie Sanders is performing well in this mano-a-mano, no audience format, because with no one to applaud their rehearsed lines and cheer when they manage to pull a tennis ball off the foot of their walker and fling it at the other guy, there’s been some dead air and a lot of repetition from both candidates.

Of course, the first and foremost part of the debate dealt with the ongoing national emergency over COVID-19. Both Bernie and Joe are united in one thing – they hate what President Trump is doing in regard to the national response to COVID-19. Except that… they don’t seem to have watched any of the last few press conferences from Friday or today, where the president marched out in front of the cameras with his task force, surrounded by experts, and did pretty much what both Joe Biden and Bernie Sanders said they would do.

Now, one can argue that President Trump’s initial response wasn’t great, but the team of experts and scientists that have been assembled are absolutely stellar, and the stock market’s response to the declaration of a national emergency definitely lends credence to the argument that the federal government is indeed taking things seriously. Both Sanders and Biden complaining about Trump’s reaction, when the seriousness of the situation has been made clear over the last few days by the coronavirus task team, smacks of two old guys who didn’t read the morning paper or watch the evening news over the weekend.

Speaking of which, could both candidates PLEASE tell the audience exactly WHICH virus we are currently dealing with??? Biden, in citing his massive experience in dealing with epidemics, first said that we had dealt with coronavirus before, then pulled this out:

Dude has lost it

And if you thought Bernie had all neurons firing, well…

Sanders has just referred to our current situation as the Ebola Crisis. Twice. On the debate stage. #DemDebate

Now Biden called it SARS. These two guys aren’t up to this at all. #DemDebate

I expect a supercut of all of these will end up “on the YouTube” soon, as Bernie referred to the website later in the debate.

This debate format, sans audience, is hurting both Bernie Sanders and Joe Biden. But it is actually the best debate format, because they have no audience to appeal to for applause. With only these two old geezers getting into deep wonky weeds, hammering each other over legislation they voted on 20 or 30 years ago, makes this deeply boring for the average viewer. Trust me, President Trump is going to have zero issues with an extemporaneous no-audience debate format and keeping a television audience’s attention.