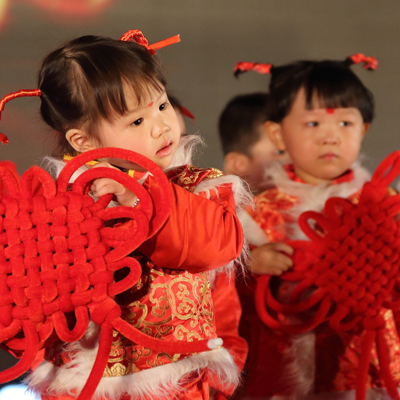 In case you missed it, Heather Kaye, an American mother and fashion designer, recently wrote about the 16 years she and her husband spent in China trying to raise their daughters. She reflected on the experience in an opinion piece in the New York Times entitled “China Helped Raise My American Kids, and They Turned Out Fine”.

Well, that sure raised some eyebrows.

What the Mom Wrote

Kaye wrote that she and her husband settled in Shanghai in 2006, where they spent the next 16 years. They also welcomed two girls into their family — a privilege that Chinese families didn’t have, since China enforced its one-child policy until 2016. But, as an American — especially one building a fashion business in the country — Kaye didn’t have to abide by those rules.

Kaye and her husband decided to enroll their children in the Chinese public school, after weighing the pros and cons. The idea of them being fed Chinese propaganda made them cringe a little, but hey, they would be learning Mandarin! And they would develop a “broadened worldview.” That, to the Kayes, was worth the immersion into Communist agitprop. 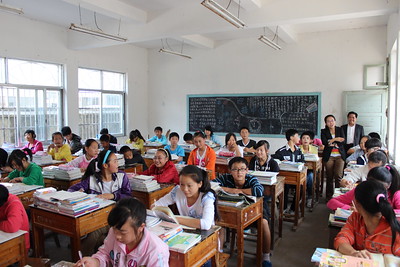 “Our stringent government co-parent quickly made its presence felt. The girls’ Chinese kindergarten lectured us on everything, including how many hours our daughters should sleep, what they should eat and their optimal weight. Each morning all of the students performed calisthenics in straight rows and raised China’s red flag while singing the national anthem.”

She concluded, rather wistfully:

“We sometimes felt as if our children were on loan to us for evenings and weekends, to be delivered back to school each weekday.”

But then, the American mom wrote, the “benefits kicked in:”

“Constantly served up moral, history and culture lessons on pulling together for the sake of the Chinese nation, our girls came home discussing self-discipline, integrity and respect for elders. With school instilling a solid work ethic and a total drive for academic excellence, my husband and I didn’t need to push the girls to complete homework; the shame of letting their teachers and classmates down was enough to light their fires.”

“— such as the heavy censorship, which results in a kid-friendly internet, and national limits on how many hours young people can spend playing online video games. Ironically, the tight control of the Communist Party surveillance state results in its own kind of freedom: With crime and personal safety concerns virtually eliminated, our daughters were riding the subway unsupervised in a city of around 26 million people from the age of 11. A constant but benign (and mostly unarmed) police presence kept order; streets and the green spaces around every corner were kept immaculate, and the sense of civic pride was palpable.”

How ironic it is that the heavy-handed Covid lockdowns in China sent this American family back to the United States in July, 2022.

Naturally, media voices on the right pushed back.

On “Outnumbered” at Fox News the panel were unanimous in their criticism of Heather Kaye.

For example, Jackie DeAngelis of Fox Business accused Kaye of not being able to control her children:

“She can’t set the rules in her house, and have them do the right thing. And so she’s asking the government to do that for her.”

Guest Brian Brenberg surmised that Kaye is “not the only one in this country who has that kind of desire for somebody to control what she’s doing as a parent.”

“Despite it all, she cannot utter a bad word about the CCP. We’ll have to rename it Shanghai Syndrome.”

Despite it all, she cannot utter a bad word about the CCP. We'll have to rename it Shanghai Syndrome.

And, not to be outdone, Tucker Carlson threw out his usual red meat straw man:

“Okay, that is un-American, that person is sick and if you don’t recognize how sick that person is, if you long for a fascist government to call your little girls fat, you are a sick person.”

While Tucker Carlson was cranking up the outrage machine, Rod Dreher at the American Conservative wrote that Heather Kaye gives Americans something to ponder:

“To be clear, I would not want to raise my kids in a Communist dictatorship. But if you think about what Kaye is saying here — especially if you’re a parent — you see the advantages. What Kaye is talking about is a society that is confident in its own values, and believes it is the role of society to protect kids from harmful influences.”

He continued by noting how much easier it was for his parents to raise him because of shared standards of behavior in society:

“I remember thinking when my kids were younger how much easier it was for my folks, and the parents of my generation, because everybody had more or less the same standards.”

Those standards weren’t progressive standards. They came from Judeo-Christian ethics which were largely respected and embraced by people in society, even if they weren’t particularly religious.

And then there’s the schools:

“Do you really think that American schools consider themselves responsible to the American people? Over and over, we learn that when it comes to teaching LGBT material (for example), and for handling LGBT-identified students, many schools have written policies articulating plans to deceive parents. Is that freedom?”

Dreher wrote of his late sister, a schoolteacher, and what she dealt with:

“Then again, as my late sister, a public schoolteacher, told me once, the kids that schools have to deal with today come from very unstable family situations, and are often so stressed out by that instability that they can barely keep their heads above water.”

As a former speech pathologist who worked in an urban public school district, I saw this every day — and this was long before CRT and gender identification and other trendy garbage. I learned over the years that the color of a child’s skin didn’t matter. It was their environment. All of the kids I encountered who had severe behavior problems came from single-parent homes. Homes without the presence of a father. Homes where a mother would be more concerned with having a new boyfriend in her bed than in the behavior of her children. Yes, I said it — because it’s true.

What the American Mom Really Misses

“My father grew up in rural poverty, but in a family and a working-class culture that valued hard work and self-discipline.”

“Hard work and self-discipline.” That’s something that America no longer seems to treasure. Especially among a younger generation who embrace shallow goals, such as being social media “influencers.”

I’m guessing that Heather Kaye is a liberal. And I’m also guessing — unlike the women on “Outnumbered” — that she’s trying to be a decent mother. She wants to raise her children to be proper American citizens. But what she is missing is the integrity and moral fiber which comes from shared religious ethics, not from progressivism. And now, back in America, she craves Chinese authoritarianism as a replacement for an American culture that had once been “confident in its own values,” as Dreher wrote.

It’s worth remembering what Alexis de Tocqueville wrote: Liberty cannot be established without morality, nor morality without faith. Those are words from the 19th century, yet America can — and should — learn from them in the 21st century.