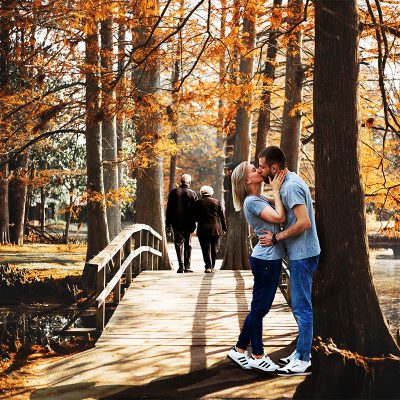 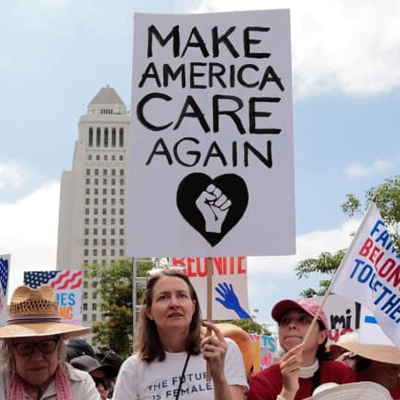 Next post
Everyone Who Marched for Illegal Immigration Insulted Legal American Immigrants. [VIDEO] 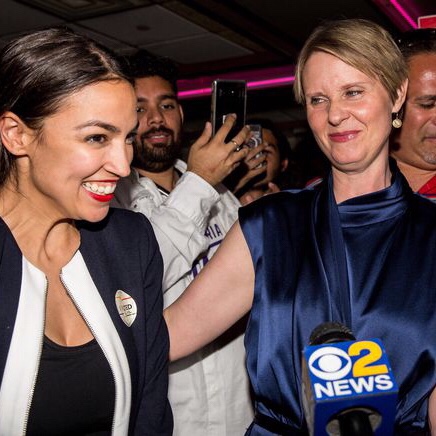 The news was stunning. The heir apparent to Nancy Pelosi was defeated in the Democratic primary in Queens by a previously unknown 28-year old progressive Marxist whose understanding of economic policy is about as profound as Bernie Sanders’, but who is much better looking and doesn’t sputter and spit when she speaks. 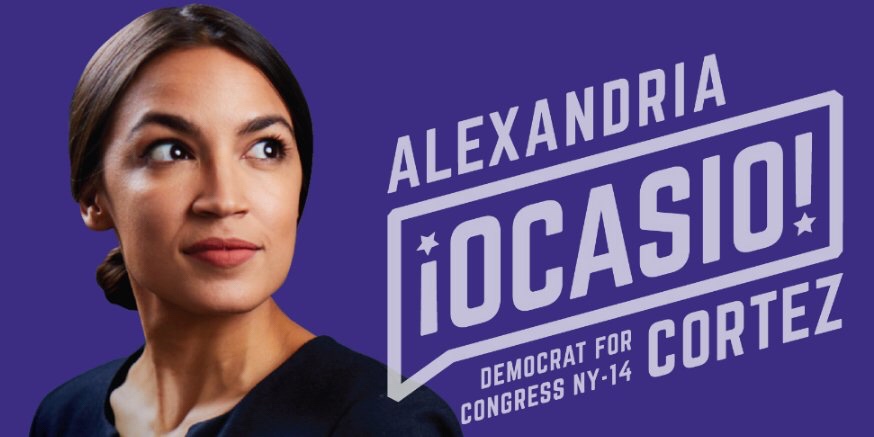 Alexandria Ocasio-Cortez, who loves to emphasize the Hispanic-ness of her last name, but otherwise speaks with no trace of an accent, sailed to a victory over white, pasty male incumbent Joseph Crowley, and the media had a collective orgasm. She name-dropped her lipstick, and it sold out, they gushed. She’s at the heart of the battle for the future of the Democratic Party, claims some feminist rag, called “The Cut,” finally admitting what we all knew all along: that the democrats are merely socialists with a smiley face (right until they send your ass to the gulag for opposing their redistribution schemes at the point of a government gun). “Giant slayer,” the New York Times bragged.

But despite what she claims are humble roots, Ocasio-Cortez is not as everyday working man as she would have you believe.

First, lets dispel the myth that Ocasio is somehow your typical Bronx girl. She’s far from it. According to Wikipedia, the community organizer (oh, Great Cthulhu, save us from another one of those!) was born in the Bronx and lived there until the age of five, when her architect daddy moved the family to a “house in Yorktown Heights, an affluent suburb in Westchester County, where she would live until she left home to attend college.”

Where did she attend college, you ask? Why Boston University, of course, where the cost of attendance per year for an out of state student is an oh-so-modest $70,300 per year.

Yeah, she’s sure an everyday working girl from the Bronx, 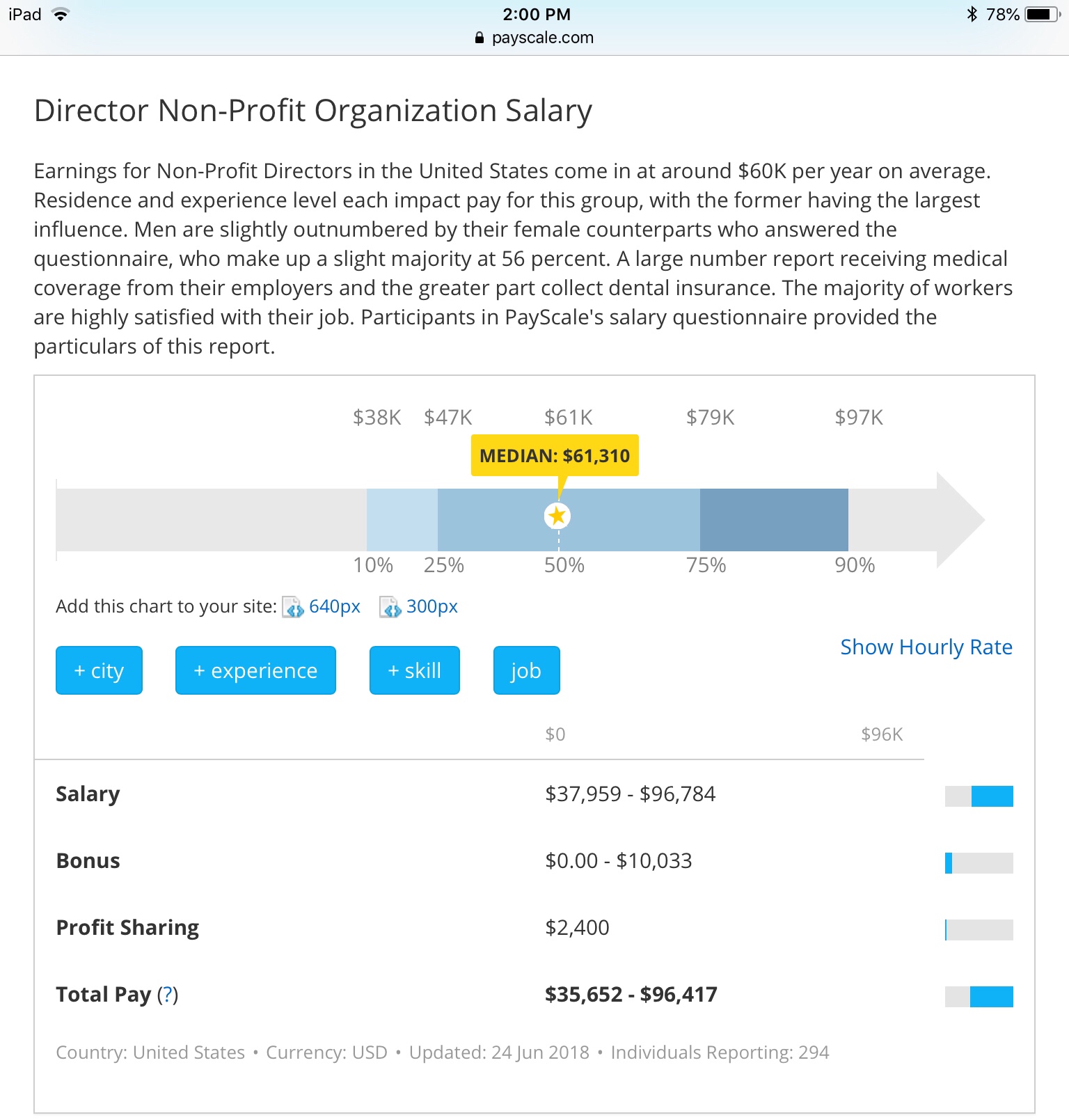 After college, she worked as a waitress and bartender in the Bronx for a bit while she and her mother fought a probate battle for her father’s estate after he died of cancer. This was a second job in addition to her position as Educational Director for a Hispanic nonprofit. Now, I don’t know how much her salary was, but for someone straight out of college to be making an average of $61,000 per year is pretty damn good.

Alexandria is a smart girl. She doesn’t mention that she grew up in an affluent New York suburb or that she snagged herself a directorship position straight out of college with a fairly significant nonprofit organization. She doesn’t want the voters to see her exactly for who she is: a privileged phony, who is just another politician fighting to suck on the government teat, earning a $174,000 salary, while pointing a government gun at the taxpayers and using force to implement her schemes.

Because what Alexandria really needed was for the shitwit voters in Queens, whose research skills may or may not rival those of particularly intellectually challenged monkeys, and whose only criteria for a Congressional representative is how much free shit will they get at others’ expense, is to identify with her “humble” roots, which include growing up in more than 90 percent white Yorktown Heights, where the median cost of a home is more than $425,000.

“‘I was working in education [Education Director, she means] and I was working in a restaurant and I started this race out of a paper bag. You know? I had flyers and clipboards. It really was just non-stop knocking doors,’ she told Morning Joe on Wednesday.” What she doesn’t mention is her salary as Education Director or the fact that the place where she waited tables features $10 burritos and craft beers. Sounds more like hipster heaven than humble taqueria to me.

Wanting to give their daughter more opportunities than Bronx public schools could offer, they sent her to a public school 40 minutes north of their home, according to her campaign website.

You don’t suppose she supports school choice, do you?

The media, in its collective cunninglingus of Ocasio-Cortez is focusing on the “Bronx girl” narrative, conveniently ignoring the “Director of Education/started a publishing company/grew up in an affluent suburb/daddy was an architect, making pretty good scratch” narrative.

And if you haven’t heard about the platform, does “free” shit (read: at others’ expense) for all, including education and health care, open borders, and housing as a “human right,” sound familiar? 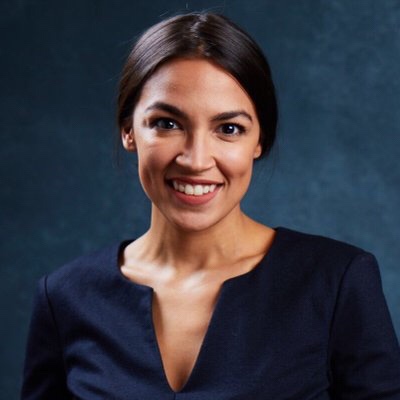 This woman, despite giving a degree in economics from Boston College, was an organizer for Bernie Sanders in 2016, which means her knowledge of economic policy is exactly jack and shit. And much like Bernie, who despite not being as wealthy as some others in the Senate, still owns at least three homes, but wants his idiot supporters to believe he’s one of them because he never held a job that didn’t involve slurping off the taxpayer teat, she’s just not the everychick she wants you to believe she is.

I’ll give her one thing: she’s much cuter and more eloquent than her mentor.

But at the end of the day, she’s still Bernie Sanders in a dress.