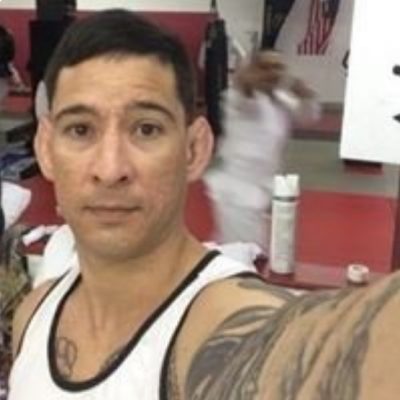 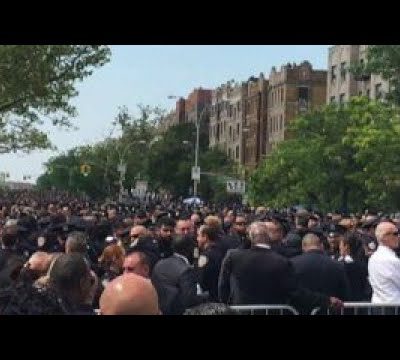 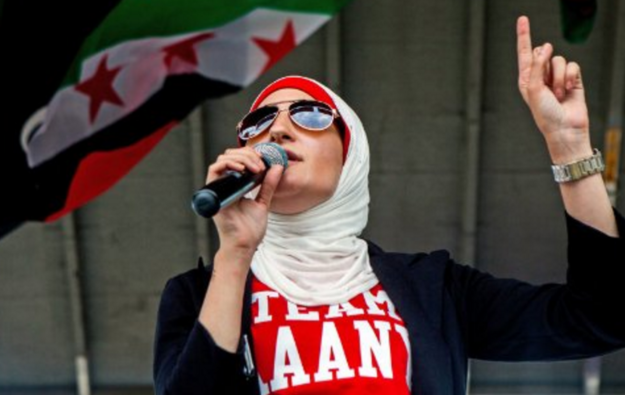 The ACLU has a love affair with Linda Sarsour and they want you to know it. We know, we, know, it’s the ACLU. They don’t know how to count (they keep skipping #2) and they would form an alliance with Satan if they could but oh, how they love the hijab-donning Brooklyn wonder woman! From earlier yesterday:

“Sarsour is, in this sense, a leader in the truest form of the word. She is at the forefront of efforts to join together struggles and communities advocating for their own betterment. While not unique in her approach, she stands as a paragon of a new breed of Muslim activists who recognize that the remedies to injustice require collective action.”-Ali Gharib

A “leader in the truest sense of the word”, eh? Ummm…wow. Remember this?

The #ACLU love letter to a woman whose faith is dedicated to the extermination of Jews and other "infidels" #heinous https://t.co/VVkSQ8Vlzs

The @ACLU stands with Linda Sarsour who had this to say about a Lebanese Christian woman and a former Muslim woman #LindaSarsour pic.twitter.com/T9dOYy32gi

A Christian florist served a gay man for 9 years and ACLU is suing her for not doing his wedding. Sarsour endorses Sharia & ACLU lauds her. https://t.co/KXRUbxK2mz

I'll always support you, but Sarsour is a self-promoting/self-aggrandizer who only says things to get attention. Hasn't DONE anything

Sarsour claims to be fond of the Martin Luther King, Jr. statement that “Injustice anywhere is a threat to justice everywhere.” She claims to be a proud Muslim, an advocate of Islam but fails to note the unjust treatment of women on the other side of the globe. The ACLU creates a hashtag #IStandWithLinda and calls her a “leader in the truest sense of the word“. She fights from this side of the world against the “injustices” Muslim-Americans face but she is a hypocrite and a coward. It’s easy to don a hijab and support a “resistance” in the safety of the United States when your female counterparts on the other side of the world face TRUE oppression. This goes completely ignored on the masses of the “resistance” who support her. To them, Sarsour has become this rock star of the “resistance”, and those who support her are enamored by her appearance-the appearance of a Muslim woman donning the hijab by choice “speaking out”. They don’t see her for the fraud she is, cashing in on the opportunity of a volatile political climate; conveniently forget about the anti-Semitic rants and her advocacy of sharia. But you see, in liberal La-La-Land, it’s so easy to push stuff like that under the carpet when romanticizing a person who simply looks like your ideals. She’s got the mic and the sunglasses and a hijab and she’s speaking out and they eat it up.

You're a vile disgrace to women and all mankind @lsarsour

It’s not every day I agree with Courtney Love…but she does have a point.