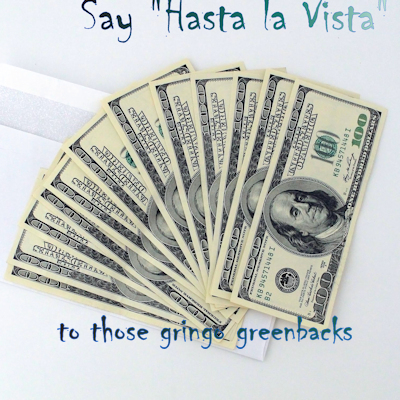 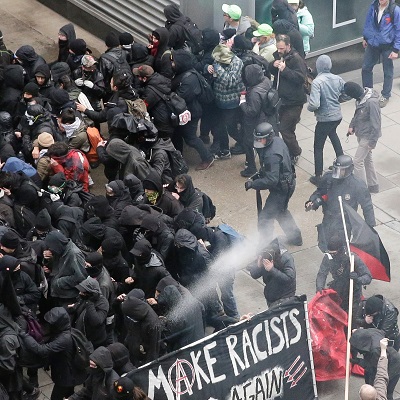 Next post
Ocasio-Cortez Shows Her True Colors - Those of an Indecent, Clueless Proglodyte 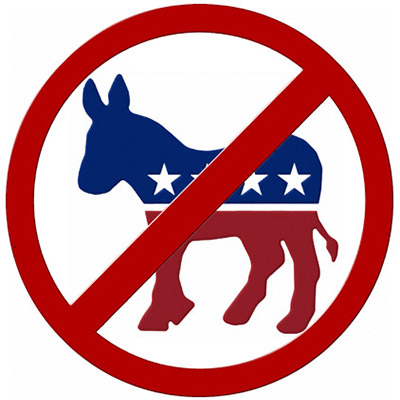 I learned my lesson long ago that the Democrat Party is not what it presents itself as. And, yes, I realize the Reasons to Reject Democrats list is a mile long. So with the midterm elections fast approaching, I’ve whittled the list down to my top five reasons to never vote Democrat again:

Unless you were living in a lean-to somewhere in Siberia, you saw at least snippets of how the Democrats personally attacked Supreme Court Justice nominee Brett Kavanaugh. And they used women to do it. And yes, I’m one of those who believe Christine Blasey Ford was a willing participant. I also find it curious that after the Senate voted to confirm Judge Kavanaugh, that Ms. Ford, and the other two accusers (whose stories were completely outlandish), suddenly disappeared from the national conversation. Why is that? Because their usefulness dried up. Fast forward a few days to the exploitative ad released by Heidi Heitkamp’s campaign (She’s Dooomed, North Dakota) that included the names of at least 128 alleged abuse survivors and supporters, none of whom granted permission to have their names used in campaign ads, in a shameless stunt to garner the votes of North Dakota women. We see this type of behavior from the Democrats every election cycle. They believe they own the women’s vote; well, this woman thinks for herself, and sees right through their grotesque pandering to my gender. 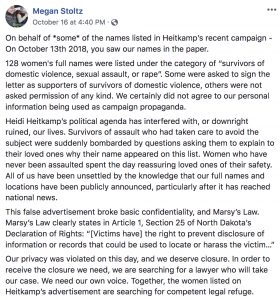 A lifetime ago, I was pro-choice. Until…

The very first blog post I wrote for Victory Girls described my experience with late-term abortion. You can read it here. Over the weekend, I finally got to see the long-awaited film, “Gosnell,” which tells the story of abortion ghoul (I won’t grace him with the label of “doctor”) Kermit Gosnell. It’s apparent in my own neck of the woods that this film is being suppressed. In the course of one week, it’s gone from five available show-times down to just two, in only two theaters, in a medium-sized city. Now some will argue that that’s capitalism; if the audiences aren’t there, the film will not pull in viewership. Fair point. But to that I say this: social media platforms like FaceBook have banned any advertisement of the movie, and any honest media coverage of the film comes primarily from conservative sources. So I think it follows that if you don’t know the film is out there, you’re probably not going to see it, and thus its impacts on changing minds by telling the truth about abortion is blunted. And that’s their goal, because the Left worships abortion, and will protect their death cult—which preys predominately on women of color—at all costs, even if it means that babies are murdered and women are left to die in filthy abortion mills. So, no, the Democrats are not the party of women; they’re the party of death and exploitation. 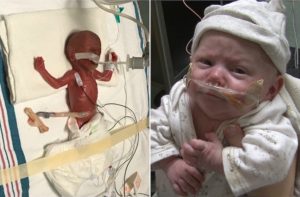 Kaio Doxey was born at 24 weeks. She survived, thanks to scientific advances. Former presidential candidate Hillary Clinton is ok with aborting babies the same gestational age as Kaio, and is on record advocating for abortion up until the moments before birth. (Photo Credit: East Idaho News)

3. Rejection of Due Process

He calls himself “Spartacus” and will be forever inextricably linked to advocating against every American’s constitutional right to due process. In his own words, with many of his colleagues cheering:

Cory Booker: It doesn’t matter if Kavanaugh is "innocent or guilty” https://t.co/QojtccNRai pic.twitter.com/yNgF0d8PZE

The Democrat Party is the party of lawlessness, slander, and political violence—aka domestic terrorism—doing whatever they think it’ll take to regain the power they’ve lost. Let’s not hand it back to them, lest their rejection of due process be unleashed upon any one of us, forcing us to prove our innocence against their baseless accusations as they did with Judge Kavanaugh. Ironically, Cory Booker’s dangerous guilty-until-proven-innocent stance may be blowing up in his face.

If you’ve been paying even a smidgeon of attention to the so-called “migrant caravan,” you know they’re parading through South America and headed toward our border, filled with mostly young, single men (sound familiar?). This is the same border that the Democrat Party refuses to secure by building the wall that those in border security are telling them we need. But rather than protecting Americans and legal residents from this INVASION—and make no mistake, that’s what it is—the Democrats are instead accusing those of us who dare to demand our sovereignty be protected of…you guessed it: racism. The Democrat Party cares nothing about what happens to women and girls trekking through the desert; they care nothing about the drugs flowing over the border; nor do they care if terrorists or MS-13 gang members are intermingled amongst the thousands of Hondurans and other South and Central American nationals intent on violating our nation’s sovereignty. As they do with women, the Democrat Party uses “migrants” in their goal of an open borders society, with zero concern for its negative ramifications. Plus, I’d not be at all surprised if the DNC is ready to start handing out pre-filled voter registration cards just inside our borders.

Damn these Honduran migrants seem like they really want to come here… pic.twitter.com/oSUaaHoLku

For the first time in decades, my family is without health insurance due to its unaffordability. So, pardon me, but…why in the bloody HELL would anyone vote for the party that’s thrown the health insurance industry into such pandemonium, and (intentionally, if you ask me) caused the skyrocketing costs in order to impose government-controlled healthcare? Does anyone seriously think that the party that broke it…is gonna fix it?! The definition of “insanity” comes to mind. No, I’m sticking with the Republicans. Though that one guy **cough John McCain** saddled 300-plus million of us with ObamaCare when he failed to keep his campaign promise to repeal the monstrosity, the Trump administration is doing what it can to mitigate the law’s detrimental effects on all of us. Plus the Republicans repealed the individual mandate and some of ObamaCare’s taxes when they passed the tax cut bill last year. We’re getting there, and I’m not about to be complicit in handing power back to the very Congress Cretins who forced ObamaCare on us to begin with.

So there you have it. Over the course of the past two years, the Democrat Party has shown us who they really are, and we should believe them. So please get out and vote and help blunt whatever blue wave the Left thinks is building.