Next post
Report: ISIS Was a Threat Four Years in the Making

Yes, you read the title correctly.  You see, a high-end Spanish clothier called Zara decided that the newest fashion for babies should be a sheriff’s shirt, with a cool sheriff’s badge on it. According to the retailer, this shirt was inspired by classic Westerns. So, of course we’d have the opportunity to purchase a shirt that would resemble old-time Western Sheriff’s like Gary Cooper in High Noon right?

And with a Western Sheriff’s star on it that looks like this? 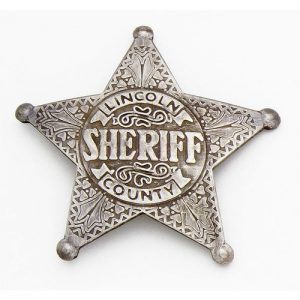 Nope. Sorry. You are WAY off base.  You see, the designer of the shirt had something entirely different in mind. Their “sheriff’s shirt” looks like this.

I can really see the resemblance.  Can you?  Evidently Zara thinks so.

The shirt, which was sold online in several European countries and Israel, sports blue and white stripes and a yellow six-pointed star near the left shoulder. The shirt’s star features a cutout that reads “sheriff” and was inspired by classic western films, according to the company. While gold six-pointed stars are typical of old west sheriff badges, stripes are not usually part of the uniform.

Unfortunately for Zara, this garment bears too much of a resemblance to the clothing that the Nazi’s forced Jews to wear in the concentration camps. The yellow star on the Zara garment is much too similar to the yellow Star of David. Compare real concentration camp clothing to Zara’s above. 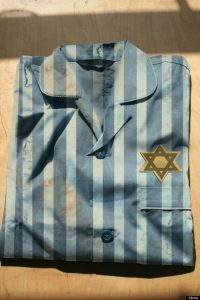 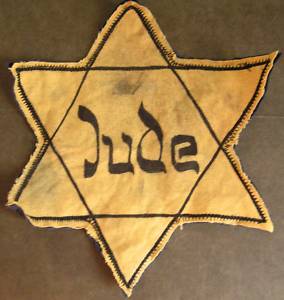 Rightfully so, the outcry has been swift and pointed from news media, Twitter, and especially from those who truly know how awful this kind of “chic” clothing is. As was told to Fox News:

“It is offensive and it either comes out of one of two things: Total ignorance, which I cannot believe, or insensitivity,” said Abraham Foxman, national director of the Anti-Defamation League. “And so, either one is bad. These are people who are supposed to know style and understand what’s out there. How many people were involved in the design and production and nobody said anything?”

In a statement to FoxNews:

Zara officials apologized for the T-shirt, which was inspired by classic Westerns, according to a spokesman.
“The mentioned T-shirt is no longer on sale in our stores,” the statement read. “The design of the T-shirt was only inspired by the sheriff’s stars from the Classic Western films, as the claim of the t-shirt says.”

Zara also apologized via Twitter, but then they doubled down. And got caught.  And caught again.

The company’s Israel office issued a further apology in Hebrew that Israeli-Palestinian blog +972 translated and highlighted “As soon as the issue became clear, it was decided the product will be removed from shelves across the world and exterminated.

You know what this tells me? Zara is more upset that they are losing $$ because they had to take the shirts off the market than they are about the fact that their marketing and design team really screwed up. It took me all of FIVE minutes using search engines to find the Old West photos posted above. FIVE minutes. Do not tell me that the design team, the marketing team, and the PR firm didn’t have five minutes to do their research, because they did. It also tells me that Zara doesn’t care about history.  It tells me that Zara doesn’t care if people are rightfully offended by Zara’s turning the Holocaust, one of the darkest times in history, into something supposedly “chic” and “cool”… for BABIES no less!  No, they don’t care.  But they should.  Others have tried to market “Nazi-Chic” as cool, and failed spectacularly.

Fashion is certainly never boring.  Sometimes its downright weird and out-there.  But it should never be cruel.  Concentration Camp fashion for babies, or for anyone, takes one back to the cruelty and atrocities of the Holocaust.  Zara may be a large company, but their careless design review process isn’t an excuse for trying to market this crap.   Rightfully so, Zara has been called to account.  The company is losing a significant amount of money, has a PR storm on their heads from this massive fashion blunder; and they only have themselves to blame. 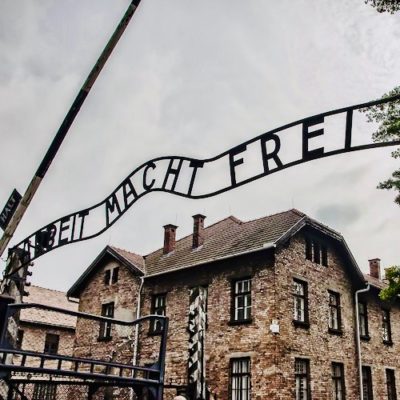