Next post
Will There Be Blowback for Boebert and Gaetz? 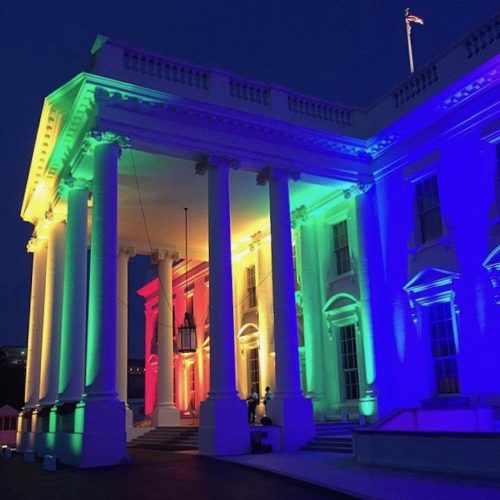 If you have a child in the public school system, you and your child probably can not escape the woke indoctrination in the curriculum and the classrooms.

Certain members of the trans community have spoken out against this. They are coming forward to expose the educational and medical communities that is capitalizing on this trend. This from K. Yang, a former trans, gay activist’s YouTube page:

Yang told Fox News this week that “ten years ago, no one had ever heard of a trans child”. She’s probably right.

The work that I was doing at the LGBT center was helping to pave the way for the creation and normalization of the so-called ‘trans child.’ [But] Children are not trans, and children cannot consent to puberty blockers, wrong sex hormones and surgeries that alter their healthy bodies and sterilize them.”-K. Yang

(GASP!) Cue the woke hysteria-she forgot to add the QIA2 plus infinity characters! Rolling right along:

We used themes of acceptance, anti-bullying, and suicide prevention in order to gain sympathy and trust from teachers and parents…”-K. Yang

If this sounds familiar to you, think about the words you hear on a daily basis coming from our public school systems. I literally drove up to a school for a wrestling tourney yesterday with a big, huge slogan on its building that read, “Celebrating our diversity every day“. I snorted and thought, “Good for you guys. Without that, I wasn’t so sure!”

But in all honesty, this is how the woke reels the public school system (and our kids, for that matter) in. The public school system first reels the parents in. The woke are flush with cash from wealthy donors and special interest groups who also campaign for the political powers that be, who will, in turn, use the almighty dollar to influence the teachers’ unions and school district administrations to do their bidding. These “consultant groups” will then, you guessed it, use this funding to influence the families. They will incorporate “parent interest” surveys, chock-full-o-nutty, woke language that will, in turn, cause districts to lobby for more Social Emotional Learning (SEL) money and positions for this thing called SEL. And, you guessed it, this all trickles down to these kids.

Yang is claiming to want to “de-program” this entangled web of woke garbage:

The work that I do is completely non-coercive. I’m not here to force anyone to listen to me. I seek to provide research, information and resources that mothers, fathers, grandparents and families in general can use to empower themselves to make the best choices for them and their children.”-K. Yang

While Yang may possess good intentions, we have questions. The woke liberals can and will eat their own. Yang is looking to “de-program” years in the making within our institutions of learning and the behemoth that is Big Pharma. Take the manufacturers of Lupron, a hormone-blocking drug, for starters:

Lupron manufacturer AbbVie made $726 million on the drug alone in 2018. AbbVie has joined other major pharmaceutical companies in lobbying to keep drug prices high while virtue-signaling about diversity and inclusion.

Transgender people require lifelong medical support, making them ideal customers for the health-care industry, and the well-documented phenomenon of ‘peer contagion’—kids pressuring each other into thinking they’re all trans — ensures an endless supply of consumers.”-Pedro L. Gonzalez, The New York Post

Again, back in the 80s, the “trend” was drinking a fifth and smoking a joint at a party (or doing a line of cocaine if you went to the prep school up the hill.) Today? The kids talk of doing Lupron and cannot wait to grow boobs or stubble as a member of the opposite sex to which they belong. The difference? Back in the 80s, things were what they were. Sex, illicit drugs, rock and roll. In the woke age of 2023? Taking harmful drugs is deemed “gender-affirming care”. See how the language changed there?

What K. Yang is looking to “de-program” is not only the gigantic institutions churning out harmful ideologies but the language of woke itself, which has now established a strong foothold not only in these institutions, but in some American families. We don’t even need to talk about what we see in our own homes should we turn on The Disney Channel for the little nuggets, do we? Programming networks and our advertising agencies are all involved, too.

If you don’t use the term, “diverse”, you are an automatic racist buffoon. Things like “diversity training” are mandatory by heads of Diversity, Equity and Inclusion. The word “equality” is now also a “racist” word that must be replaced by “equity”. And inclusion? Well, if you don’t accept the woke ideology that being “inclusive” allows men to compete in women’s sports, and kids to change their names and genders on a weekly basis, you are a member of exclusionary practices and damned to a lifetime of being a hateful human being. If you are an educator and don’t embrace (or at least pretend to embrace) these ideologies, you can lose your job. If you are a parent and don’t support these ideologies, you are a right-wing nazi, apparently, and lack empathy and kindness. You don’t want to be that parent, do you? If you are a granny and don’t want a guy in your locker room after your water aerobics lesson, you will kicked out of the health club because, you don’t wanna be that granny, do you?

K. Yang may look to de-program, but woke ideology has already been scripted on the hard drive of many Americans and the institutions to which they belong. The language of the virus has infected beyond the point of being able to quarantine. So, yes, we have our doubts.