Next post
The Attack Ad On Rand Paul Is Dishonestly Ugly 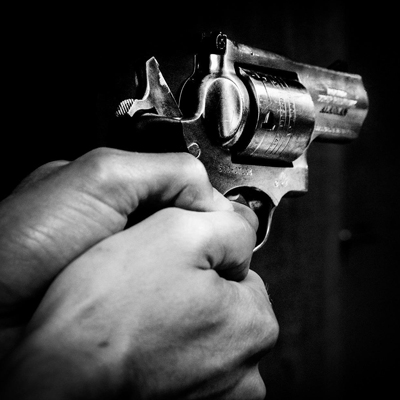 One week after a gunman took the lives of 19 children and two teachers in Uvalde, TX, another shooting occurred, this time in Tulsa, OK. The horror took place in a medical center on the campus of St. Francis Hospital.

Timeline of the Tulsa Shooting

According to Eric Dalgliesh, deputy chief of the Tulsa Police Department, all the gunfire took place at the orthopedic center on the second floor of the Natalie Building. Dalgliesh said at a press conference that police had received a call at 4:52 pm (central time). Police arrived at the scene four minutes later and heard shots, which they followed to the second floor. There they encountered victims and the suspect at 5:01. But the suspect, who had a long gun and a handgun, had already shot himself with the pistol. Police also said the shooter used both weapons in the attack.

Meanwhile police found four dead victims while clearing the room. Other people were wounded, but none of them sustained life-threatening wounds. There were also injuries from people fleeing the scene.

Here is raw footage from the shooting in Tulsa:

Even though the perp was already dead by the time the police arrived, the Tulsa police handled the situation with greater courage than their counterparts in Uvalde. Instead of hesitating, these officers ran to the sound of gunfire. They also searched the building even after the shooting had ceased.

Who Was the Shooter?

At the time of this writing, the name of the perpetrator has not been provided. However, Deputy Chief Dalgliesh said that the shooter was a man between 35 and 40 years of age. He also seemed to have a motive in targeting the personnel in that part of the hospital. As Captain Richard Meulenberg of the Tulsa Police Department told the New York Times in an interview:

“This wasn’t an individual who just decided he wanted to go find a hospital full of random people. He deliberately made a choice to come here and his actions were deliberate.”

As far as the race of the shooter, in the press conference, Dalgliesh reported that he was a black man. And initially the New York Times reported this as the news was breaking:

“A police spokesman said the authorities had not yet determined the identity of the gunman but added that he was a Black male between 35 and 40 years old.”

However, in its pinned story, the NYT is now saying this:

“The police did not reveal the identity of the gunman, but at an earlier news conference, Deputy Chief Eric Dalgleish said that he was between 35 and 40 years old.”

And just like that, media turned their focus on Wednesday night back to the Johnny Depp-Amber Heard verdict.

We don’t have a white man doing the killing. We don’t even have a random shooting here.

Instead, this appears to be a raging man with a grudge. So the media returned their primary focus to the Depp-Heard trial and tried to find some profound meaning in that celebrity dumpster fire.

You wanna bet that the Tulsa shooting will quickly fade from the headlines, just like Waukesha Parade attack before Christmas? The perpetrator was black in that incident, too, in which six people died, including an eight-year-old boy. Or the shooting in the California church in May, in which a gunman killed a doctor before the parishioners overwhelmed him. But in that case the shooter was Chinese. Neither of those crimes fit the media’s narrative because the killer wasn’t of the scorned race.

No white man pulled the trigger in Tulsa. No white supremacist issued a racist manifesto before shooting. Nor did children die at the hands of a teenager with an AR-15.

And while the White House has been briefed on the Tulsa shooting, don’t expect Joe Biden or Kamala Harris to show up there. It doesn’t fit their narrative, either.

Ask the media and they’ll tell you that guns and white supremacists are destroying America.

No, no, a thousand times No. Our problems stem from a deep-seated cultural rot, made worse by district attorneys in big cities who let criminals walk.

Take the gut-wrenching story of 75-year-old Joseph Kromelis, the “Walking Man” of Chicago.

Kromelis has been a fixture in Chicago, a homeless man who has been living and peddling on the streets for at least 40 years. But now he lies in a hospital with burns that cover over half his body, and is not expected to live.

Last Wednesday, just before 3 a.m., cameras from nearby Trump Tower recorded a man dumping a cup of gasoline on the sleeping Kromelis and setting him ablaze. Kromelis thrashed for three minutes, trying to extinguish the flames consuming his head and upper body before security guards put out the fire.

The perpetrator? A man named Joseph Guardia, who has been AWOL from previous felony cases for over a year. Guardia didn’t know Kromelis, and insisted he didn’t know that a man was under the blankets when he set them alight. He said he started the fire because he’s “an angry person.”

Angry? No, he’s evil. Just like the driver in Waukesha, or the shooters in Buffalo and Uvalde. And now like the man who shot up a hospital in Tulsa.

But the media refuse to acknowledge this plague infiltrating our culture which has nothing to do with race or guns, over which they obsess. So when a story doesn’t suit their notions, they turn their focus elsewhere. Like upon two Hollywood actors whose dysfunctional lifestyle holds no significance for those of us who live normal lives.

The shooter has been named as Michael Louis, aka Michelet Louis. He left a note which explained his actions, citing back surgery gone wrong, resulting in continued pain. So he shot and killed Dr. Preston Phillips, who performed the surgery. He also killed Dr. Stephanie Husen, another orthopedic physician.

Louis’s other two victims included a receptionist and a patient.

Here is Dr. Phillips, a graduate of Harvard Medical School and a well-loved doctor. Prayers for the family of Dr. Phillips and all victims of this shooting.

When will it end! Deeply saddened to hear of tragic loss of Preston Phillips, MD who I knew during his days as a @harvardmed student. Remarkable spine surgeon and man called home to soon. We can’t continue to ignore. My thoughts and prayers to family & friends. #StopGunViolence pic.twitter.com/P93pZWLmxZ