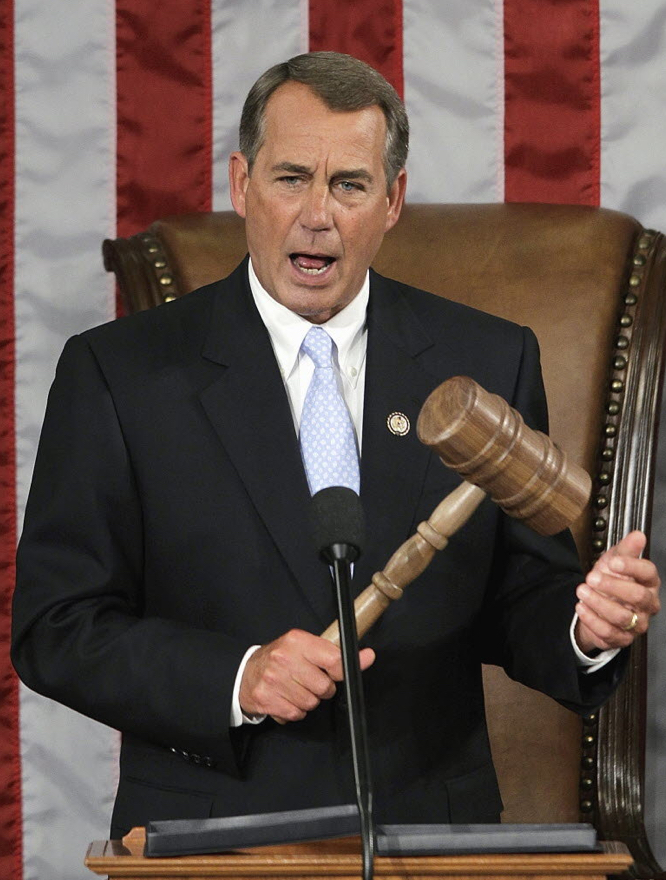 Today is the first working day of the 114th Congress. And it’s the day that will determine the agenda for the next two years for the Republican-controlled House, because it’s the day our representatives will elect their Speaker. And Rep. John Boehner now has two challengers for that job: Rep. Ted Yoho of Florida, and Rep. Louis Gohmert of Texas. It’s a long shot that he’ll relinquish his position. But he should. And here are five of the most compelling reasons that Rep. Boehner should lose the gavel today:

Meanwhile, yet another House representative is voicing his displeasure with Rep. Boehner: 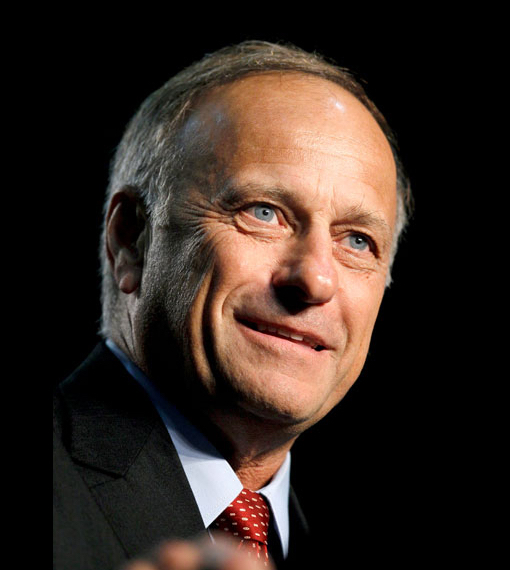 “[Iowa Congressman Steve] King cites the $1.1 trillion, 1,600 page “CRomnibus” spending measure, which fully funds both Obamacare, which he correctly assessed as being passed by “hook crook, and legislative shenanigan,” and Obama’s illegal amnesty and directly quotes Boehner’s prior statements vowing to do everything within his power to fight against them, promises Boehner has clearly broken.”

King writes that Boehner has repeatedly urged Republican members to “take the high road” and to “pick our battles,” and to “wait for a better time” to fight against Obama’s unconstitutional acts.

If not now, when, Rep. Boehner? Your feckless, empty platitudes are showing.

But John Boehner does have his, er, “committed” supporters.

I am deeply committed to the reelection of Speaker John Boehner. With his leadership there are more House GOP than any time since 1928

Funny, Newt, I thought it was those of us who voted to stop Obama’s tyrannical executive overreach that gave the House historic numbers of Republicans. Silly me.

The question is: Will enough of our elected representatives have the intestinal fortitude to keep their oaths of office to uphold our Constitution and replace the man who isn’t? Or will they continue with the status quo of funding every damned thing His Highness edicts? I’m afraid I know the answer.

You can watch your Congress Critters live on C-SPAN, or online here, starting at 12pm ET. I’d suggest not holding your breath.

[UPDATE: 8:50 am] Rep. Daniel Webster of Florida has thrown his hat into the Speakership ring. There are now reportedly three challengers to Boehner.