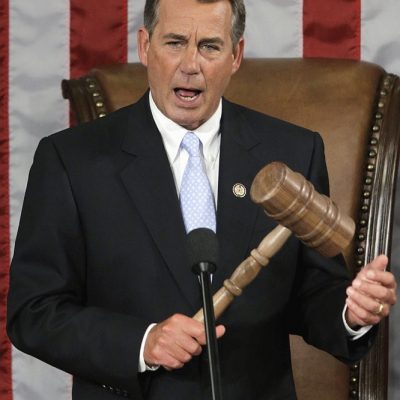 It is now official – John Boehner has been elected to serve as Speaker of the House for a third term. There were 25 votes from Republicans that were for candidates other than Boehner, but 29 were needed in order to force a second round of voting. (Nancy Pelosi received the votes of the Democrats and will remain House Minority Leader.)

There is disappointment among many conservatives that the status quo has remained the same.

A congressman just voted for Boehner or against Boehner (or present) for Speaker. Rinse/Repeat

"Orange you glad I won?" pic.twitter.com/0kTJT1KxQP

Disappointment aside, Congress will have to move forward with the business at hand, and the first issue up is the Keystone XL pipeline.

With Republicans assuming full control of Congress on Tuesday after their victories in the November election, they have put Keystone at the center of their legislative agenda and plan weeks of debate.

Boom. First veto threat of 2015. @PressSec says the president would not sign the Keystone bill

Earnest confirms Keystone veto threat: "If this bill passes this Congress, the president wouldn't sign it either"

Hmmm, so much for cooperation with the new Congress. I’m shocked, shocked, I tell you. (Sarcasm meter is broken again.)