Next post
Judge Who Ok'd Trump Raid Has Epstein Ties 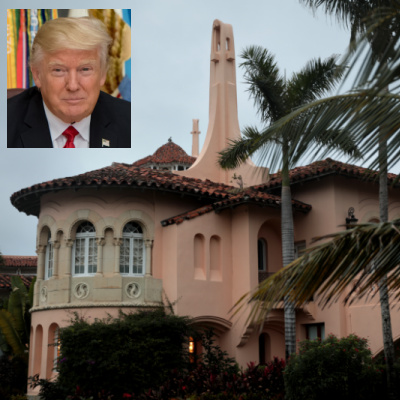 You have most likely heard the horrific news by now: Last night, the partisan hacks at the FBI, led by the feckless Director Christopher Wray and Attorney General Merrick Garland raided Donald Trump’s Mar-a-Lago in Florida. The cowardly twats waited until the former President was at Trump Tower in New York City. Fellow patriots, we have officially entered the Banana Republic realm.

Way back in those halcyon days of 2017, Newsweek published an article titled “Can Donald Trump Really Have the FBI Investigate His Political Enemies?”. After ranting about a tweet that Trump sent about Senator Elizabeth Warren claiming that Hillary Clinton had jiggered the Democrat primaries to box out Senator Bernie Sanders, the article concludes:

Brandishing orders or suggestions to Justice or the FBI “violates a core norm” that has guided the U.S. even in times of war or turmoil: “The president does not bend the rule of law to go after political opponents,” Eisen said. “We have never had a president in our history who made statements of this kind [in public]… Even Nixon had the decency to do it behind closed doors.”

If you’re thrilled that dozens of FBI agents just raided Trump’s Mar-a-Lago residence to conduct an unannounced search warrant — even going as far as opening and searching his safe, please RT and follow us for more breaking political news!

This is the day they have been waiting for and the Left told us the game plan six years ago. 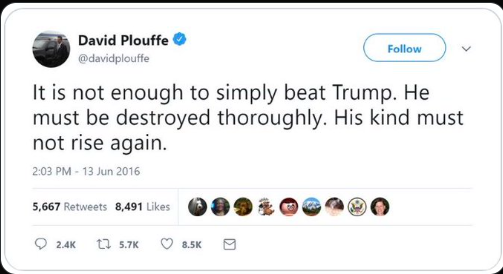 The Deep State has been after us since the Tea Party days. Us, We the People. Donald Trump is just the representation of us. The partisan Deep State permanent class in D.C. has used every dirty trick in the book. The Steele Dossier made up from whole cloth. Trump has been accused of everything from sexual assault to Mafia ties. He was impeached twice for being Donald Trump.

Meanwhile, years ago Bill Clinton’s National Security Adviser Sandy Berger walked out of the National Archives with Federal documents stuffed in his pants and socks. Hillary Clinton, well, we’ll focus on the scandal before the Steele Dossier, deleted 30,000 emails. Joe and Hunter Biden have run a family criminal organization for decades and nothing. This is more than a judicial double standard. As the New York Post’s Miranda Devine asserted tonight, the FBI has become the secret police for the Democrat Party.

From the New York Times:

The raid on Mar-a-Lago came as former President Donald J. Trump weighs an increasingly likely third White House bid. He has considered making an unusually early announcement this year, a move designed in part to shield himself from a stream of damaging revelations emerging from congressional and criminal investigations into his attempts to cling to power after losing the 2020 election.

But there have increasing doubts about his viability as a candidate in 2024. A New York Times/Siena poll last month showed that while Mr. Trump maintained his primacy in the party, a significant number of Republicans said they would not support him in a rematch with President Biden. In that hypothetical matchup, Mr. Trump trailed President Biden, 41 percent to 44 percent.

That sounds like the Media/Democrat Industrial Complex is scared…and they should be. The 411 is that the White House (Biden) was not given a head’s up about the raid. That’s probably true given Joe’s dementia babbling. While Joe Biden stumbles and bumbles and has to have Jill help him put his jacket on, the Left is trying to rebrand “Let’s Go Brandon” into “Dark Brandon” complete with Nazi imagery:

Nevermind, the Nazi Imperial Eagle also used by some Ukranian forces. Hmmmm. It is starting to all make sense.

On Newsmax, Alan Dershowitz eviscerated the Department of Justice for the law and the optics of the pre-dawn Mar-a-Lago raid:

In his statement, President Trump says these are “dark times” for our country and he is so right. Here is his full statement:

It’s very bad, my fellow patriots. It’s going to get worse, especially leading up to November 8. They aren’t really after Trump. They are after us. And, by the way, the safe they broke into was empty.