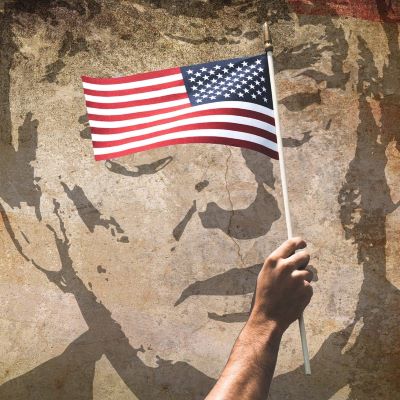 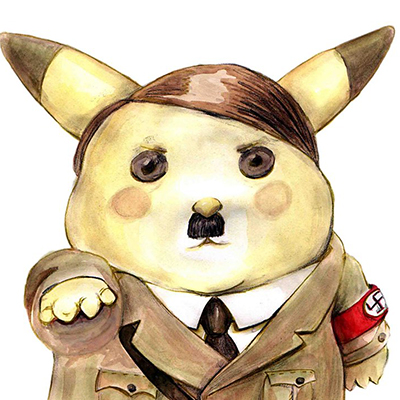 by Kim Hirsch in media 13 Comments

The leftwing website Salon has had a bad case of Trump Derangement Syndrome for a while now, but they just went Full Godwin by comparing Trump to Hitler. And as everyone who surfs the internet knows, when you bring up Hitler, you’ve lost the argument.

Salon must either lack self-awareness or they’re so full of themselves that they think going Godwin makes their case. Either way, Salon published an article on Friday entitled:

I’d add that most normal people still don’t buy that bullshit, but hey, you be you, John Gartner. Because this is how you get more Trump.

The article starts with writer Chauncey Devega foaming about Trump’s 2020 re-election kickoff rally in Orlando. He ridiculed the attendees at the rally as members of his “political cult.”

“For Trump’s supporters and other members of his political cult, white rage, violence, bigotry, nativism and lies are entertaining, cathartic and even life-affirming.”

“Trump wallowed in racist lies about threatening and dangerous “illegal aliens” and how the Democrats want to let them run amok, raping, killing and otherwise preying upon “real Americans” — primarily meaning white women.”

We could ask California police officer Ronil Singh about those so-peaceful illegals, but he’s dead, thanks to an illegal alien (yes, I said alien) with gang connections.

Devega also insulted half of America:

“One cannot be a good person and continue to support Donald Trump. This is especially true of Trump’s most devoted acolytes.”

He says this because he truly believes he is not only smarter, but morally superior to anyone who would vote for Donald Trump. Even if they might hold their nose in the voting booth.

To back up his contention, he interviewed John Gartner, a former psychiatry professor who claims that “Trump’s poor mental health is grounds for impeachment.” 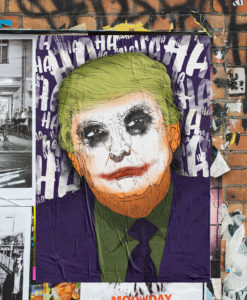 And this is where the Salon article went Full Godwin.

“Two years ago I was comparing Donald Trump to Adolf Hitler. People didn’t believe me. They thought I was being hyperbolic, exaggerating.”

Well, we do think you are a nut for saying that stuff. But I guess it’s because we’re not “good persons.”

And, not to be outdone by Alexandria Ocasio-Cortez, Gartner said this:

“They couldn’t believe that Trump would build concentration camps. Well, he is doing it now.”

But then he explained himself:

“They’re not death camps, but the definition of a concentration camp is where you are concentrating one element of the population that you consider to be undesirable and therefore need to be segregated and imprisoned.”

You mean like FDR and his Executive Order 9066, which in 1942 placed about 117,000 Japanese into camps — most of whom were American citizens? That kind of concentration camp?

Besides, what should America do when hundreds of thousands of people flood the southwest border? Where should they stay? At a Holiday Inn Express?

Devega also worries about Trump ordering “a wave of domestic terrorism,” and that right now “many of these plans are likely already in motion.”

Hold on, aren’t we told that conspiracy kooks reside on the right? Carry on, Salon.

“Under Donald Trump America is heading towards greater violence. I have no doubt about it.”

You mean like with These Guys? These white supremacists? Oh, wait. . .

By going Full Godwin, Chauncey Devega and John Gartner are not out to convince anyone to the rightness of their cause. Instead, they’re congratulating themselves on being superior humans compared to those knuckle-dragging Trump supporters. Are you opposed to open borders? You’re a bigot. Do you oppose abortion? Then you’re a misogynist. And if you’re a traditional Christian who believes homosexual practice is a sin, then you’re like the toothless wonders in Taylor Swift’s insipid new video.

In short, they’re better than you, and you need to know that. Live it, love it, learn it.

Now you and I know that if Trump hasn’t burned the place down yet, it’s not likely that he will. In fact, I found myself agreeing with David Marcus of The Federalist, who wrote:

“I had deep and serious existential concerns about what a Trump presidency would do to the country. It was almost a year into his presidency that I came to terms with the fact that Trump has not burned America to the ground. I still disagree with him on some things, and cringe at some of his comments, but no, the sky is not falling, and I had to finally admit that.”

Like Marcus, I also cringe at Trump’s tweets and comments. And I don’t like to watch his rallies — they’re too much like a Roman coliseum. Besides, if I want to watch gladiators, I’d rather watch Russell Crowe. But will I vote for Trump in 2020? You bet. He may give me heartburn, but he’s not Hitler. And I don’t go Full Godwin.