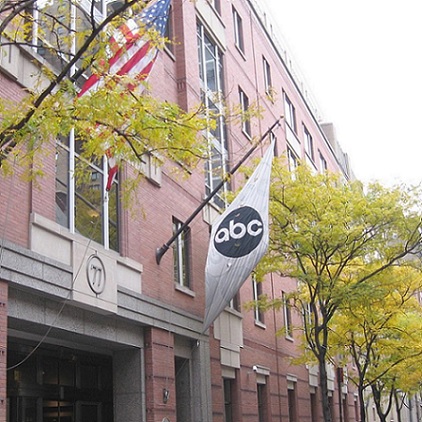 Loose lips sink ships, and ABC News is discovering just how many loose lips they have, courtesy of Project Veritas. But really, is any of this a shock to hear?

The answer is no – and that’s the problem. The only shock involved is that Project Veritas managed to get it on camera.

You would think that after the Jeffrey Epstein story spiking by ABC News, and the hot mic incident, their reporters and producers would be a lot more cirumspect in public places. Well, senior correspondent David Wright and producer Andy Fies were covering the New Hampshire primary – which was only two weeks ago – and were caught on hidden camera revealing a lot more than any ABC News higher-up would like the public to hear.

The highlight that is garnering the most attention from the video is Wright’s comments about his political leanings. Doesn’t he pass himself off as a hard news journalist? Yes. Is this a shock? Not in the least.

Wright is a Buffalo-native was recorded speaking at a bar at the Doubletree Hotel in Manchester, during coverage of that state’s first in the nation primary. Throughout the conversation, the graduate of both Harvard and Oxford said he was frustrated with how the media and Democrats have been unable to take on Trump.”

“We’re not disciplined enough to cut [Trump] off and we second-guess ourselves because we’re sensitive to the accusation that we’re in the tank for the Democrats. And so that enables them, and so we enable them. And every time we take the bait on it and that’s what he wants,” he said. “It’s totally and abusive relationship. He’s [Trump’s] the nightmare spouse that you can’t win an argument with.”

Besides his personal animus for the president, the reporter said he was firmly a man of the left.”

Q: “Would you consider yourself a Democrat Socialist?”

Wright: “Oh yeah. More than that I would consider myself a socialist; like I think there should be national health insurance. I’m totally fine with reining in corporations, I think they’re too many billionaires, and I think there’s a wealth gap–that’s a problem.”

ABC News knew that this was going to be a bad moment for them. How do we know that? They suspended Wright BEFORE the video was even released.

Per @farhip, ABC News has suspended correspondent David Wright "for unguarded remarks he made in a video by operatives of Project Veritas." The video hasn't been released yet. https://t.co/D43hphQGzr

But the producer, Andy Fies, made some highly interesting remarks as well about how ABC News is covering Trump, and people outside of the media bubble.

Fies voiced similar criticisms about where the media stands today. He blasted New York elites for their confusion regarding Trump’s support, and also called out the media for not caring about issues that matter to voters.”

“So, you know, real people, you know, talk about practical issues, when they’re thinking about a candidate; ‘I want to go back to the workforce,’ or ‘I can’t afford childcare’ or ‘I need medical care for whatever.’ Those things aren’t TV-friendly. We want to focus on impeachment, we want to focus on the big sh*t going on, but the things that help people make up their minds are little sh*t,” he said.”

The real problem is that Wright and Fies were honest. ABC News – and most other media outlets – are passive-aggressive at best, and outright hostile at worst, against President Trump. They still cannot believe that Hillary Clinton lost in 2016, and have been trying to wrap their minds around it ever since. A majority of journalists believe the same things that Wright believes, which is why all of these crazy Bernie Sanders remarks, which were ignored studiously by the media, but have been well-catalogued for YEARS in right-leaning blogs and news outlets, are suddenly being unearthed to the shock, SHOCK, of the mainstream left.

Wright and Fies let the mask slip in front of hidden cameras. So that means, in now-classic ABC News tradition, someone must be punished for letting the truth out.

EXCLUSIVE: @ABC News SUSPENDS Political Correspondent David Wright(@WrightUps) after he is caught by @Project_Veritas on undercover video identifying himself as a ‘Socialist’ and admitting the network spikes news important to voters.#ExposeABC

NEW UPDATE: All the blue check mark j-school journos are contacting me…frankly because one of their own got SUSPENDED for honesty. pic.twitter.com/bObxOWtv5k

Somewhere, Andrew Breitbart is smiling right now at the way James O’Keefe is still managing to make the mainstream left media twist in the wind.