Next post
Ron DeSantis Kicks Communism In The Cojones 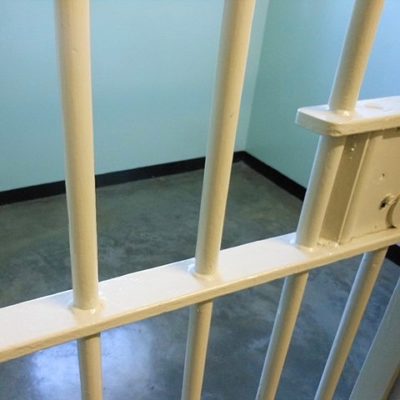 Most of us have heard the story of trans female, James (AKA “Hannah”) Tubbs. James is a MAN who molested a 10 year-old girl in a Denny’s restroom back in 2014 just months before his 18th birthday.

But alas, the trans child molester bragged about his two years in a Juvenile facility for grabbing a 10 year-old girl by the throat, locking her in a stall, and putting his hand down the girl’s pants. He pleaded guilty to that one only after forensic evidence linked him to the case eight years later. He is now charged in a separate murder case. What does JAMES plea? Not guilty, of course.

James has only started identifying as trans and answering to the name, “Hannah” after he got caught. Trans rights are human rights or something, right? James was up for release sometime in early June. Well…at least until this murder thing popped up and pointed evidence to the guy who is hoping to get special treatment because he is now identifying as a “girl”.

Tubbs is accused of the 2019 killing of a man in Lake Isabella, a community near the Kern River. A transgender woman, identified as a man at the time of the killing and was charged under her former name, James Tubbs.

Tubbs was also charged with robbing the victim during the same incident, according to a criminal complaint made public Tuesday.”-The Los Angeles Times

According to this, Tubbs entered a not-guilty plea during a court appearance yesterday afternoon and will remain in custody in lieu of $1 million bail, with a court date set for May 23.

In truth, Tubbs the Trans is a career criminal who was sent, as a 26 year-old, to be housed with juveniles. I guess James identified as a minor as well. But really…why? Because DA, Gascón, was concerned that that Tubbs, who is mentally disturbed (duh), could be “victimized in an adult facility as a trans woman”.

Oh, boo-hoo. Tell this to the (now 18 year-old) girl he molested in a restroom at a Denny’s:

The things [Tubbs] did to me and made me do that day were beyond horrible for a 10-year-old girl to have to go through. That man was very clear minded and old enough to know what he did that day was wrong and still did it anyway.

It’s something I struggle with and it’s insulting that this is all he was given as punishment. And I want something done about it.”-Victim of James “Hannah” Tubbs

Note:
That man was very clear-minded.

Is this the same guy caught bragging to his father on a jail-house phone about “meat?”

Glad you asked. Yes. The “meat” HE was referring to was his then 10 year-old victim.

I can just imagine the type of… “Reassignment Surgery” being suggested that this guy deserves.

Ain’t that the truth. It’s cool, cool. If he gets locked up in California, taxpayers will be paying for his boob job, I’m sure.

The journalists we know today will continue to cover this story. Curiously, they will continue to refer to Tubbs as a she/her. Why? Because Tubbs proclaims to be trans and trans people need their dignity. They deserve the honor of being referred to by their chosen gender pronouns. Even though the choice to be “trans” only occurred to James Tubbs after he got outed as a freaking child molester. Coincidence? I think not.

But James, “Hannah” Tubbs wants to be seen as a victim. Haven’t we seen this before?