Next post
Kathy Hochul Hammers Down With New Awareness On Crime 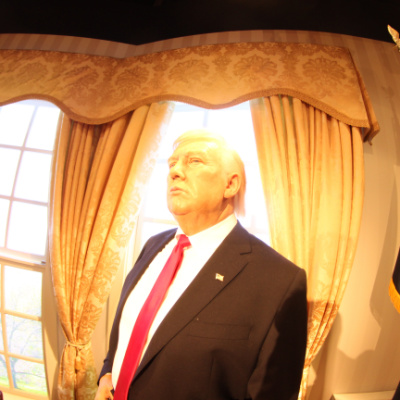 Hear ye, hear ye. We are about to begin Episode 2195 of “The Walls are Closing in on President Donald J. Trump”. Unlike episodic network television, this show doesn’t wrap up in an hour. This show throws out new “information” that will lead to the downfall of the entire House of Trump without tying up one loose end or apologizing to the audience for getting it so wrong. The producers introduce each new episode breathlessly in the belief their audience is too stupid to notice. Well, alright, some of them clearly are STOOPID.

Trump Derangement Syndrome (TDS) is a real thing. Those infected with TDS getting tremblings and flutterings, headaches and spasms when they think of Trump getting off scott free (sorry to Jane Austen there). Every time, the mainstream media gets intestinal distress, the Left is sure the walls are closing in, finally, on Donald Trump. The Hill thinks we are less than four months away from the walls doing their closing thing. The opening paragraphs:

Republican aides and strategists privately expect Attorney General Merrick Garland to pursue an indictment of former President Trump within 60 to 90 days after Election Day, predicting the window for prosecuting Trump will close once the 2024 presidential campaign gains momentum.

Republican aides on Capitol Hill and veteran party strategists emphasize they don’t have any inside information on what Garland might do, but they say the attorney general is under heavy pressure from Democrats to act and the deadline for pursuing an indictment is fast approaching.

I have no doubt in my mind that Merrick Garland would love to indict Trump on absolutely anything. ANYTHING. I cannot stand Mitch McConnell, but I must thank him profusely for saving us from that political hack. The question is who are these Republican aides and strategists privately predicting anything? Come on, boys and girls. If you are spreading scurrilous rumors, make yourself known. More:

GOP aides also warn that an indictment of Trump by the Biden administration would further polarize the nation and likely strengthen Trump’s support from the Republican Party’s base as the former president and his allies would frame the Department of Justice’s prosecution as a political witch hunt.

“A couple of weeks after the election, I assume that Garland will indict Trump,” said one veteran Republican aide, expressing a sentiment shared by several other GOP aides and strategists.

A second Republican aide warned an indictment “could actually end up helping the [former] president politically.”

If the walls are closing in, it’s those with TDS and loose-lipped aides and strategists pushing on them.

The site Crooks & Liars has this: “‘Evil’: Trump Is Losing His Sh*t As Legal Walls Close In Around Him. He is big mad today.” From the article:

Monday will not be a good day for Donald Trump as prosecutors are set to tell jurors about the ex-president’s real estate and golf resort empire that ran (allegedly!) a scheme spanning 15 years to dodge payroll taxes. Trump isn’t stupid when it comes to cheating. Trump Org. gave executives an extraordinary amount of compensation for untaxed “perks,” including luxury cars and rent-free fancy pants Trump-branded apartments. After 15 years of cheating, he’s run out of time.

Like the accountants, auditors and IRS agents had nothing to do with this for 15 years. Lawmakers approved the convoluted corporate tax laws and hire the IRS agents who give various interpretations. I call bull excrement on all of this.

Ari Melber of MSNBC was giddy about the walls closing in on Trump because the Justice Department (Merrick Garland. again) called in three Trump lawyers. Can you say intimidation?

The U.S. government has been lying about, intimidating and harassing Donald Trump for seven years. Two months ago, I wrote a satirical post that they final Donald Trump. Read it here. Two months from now, I’ll write another post about the walls closing in. Bank it.