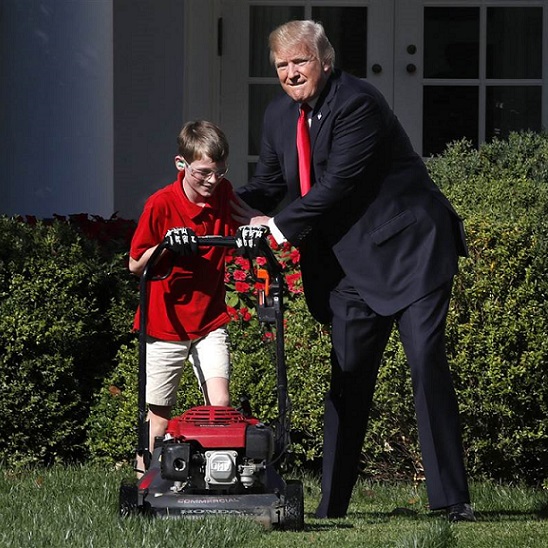 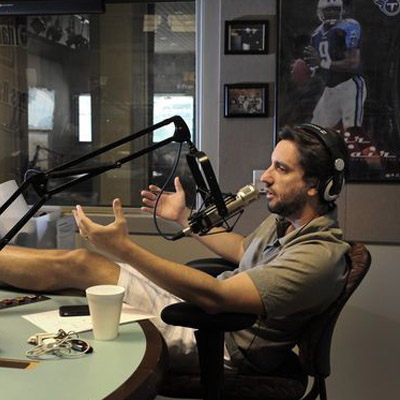 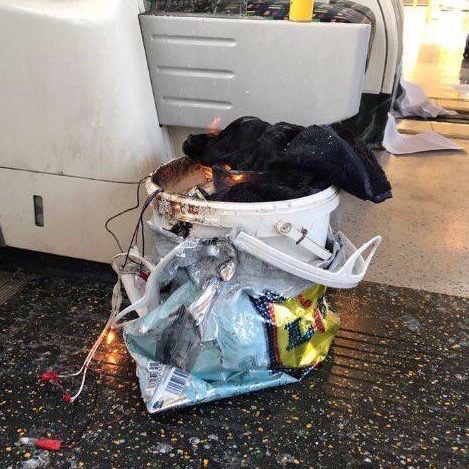 For the fifth time this year, London was attacked by terrorists. This time it was an IED placed in a London subway car.

It is a miracle that the IED didn’t properly detonate. It was a homemade bucket bomb that, when it went off, sent a fireball of flame through the subway car. 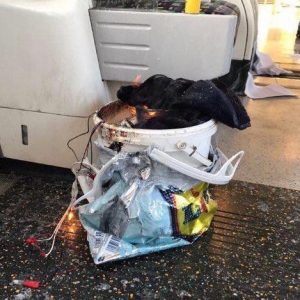 There are 29 people in the hospital, including a 10 year old boy. If the IED had gone off as intended, the outcome would’ve been worse. Much, much worse. 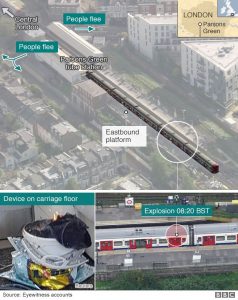 A major manhunt for the bomber has been launched, with police working with MI5 as they forensically examine the device. No arrests have so far been made and the attacker remains at large, with an unconfirmed report that the security services have identified a suspect from CCTV.

President Trump reacted to the news of the terror attack with the following tweets:

Another attack in London by a loser terrorist.These are sick and demented people who were in the sights of Scotland Yard. Must be proactive!

Loser terrorists must be dealt with in a much tougher manner.The internet is their main recruitment tool which we must cut off & use better!

Needless to say, quite a few people got their shorts in a knot over his choice of words. That includes Prime Minister Theresa May.

Note to authorities all over the world: a terrorist, by definition, is the worst kind of LOSER this world has. In this instance, President Trump spoke the plain truth. Particularly in light of the fact that ISIS, definitely an evil LOSER, has claimed responsibility for the attack.

London isn’t the only city dealing with a terrorist attack today. 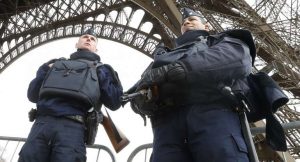 A knife wielding man has attacked a French soldier outside a Metro station in Paris today while praising Allah.

The attacker approached the soldier from behind and then lunged at him with the blade at Chatelet metro station at 6.30am this morning.

The victim managed to wrestle him to the ground and he was arrested by armed police as he shouted ISIS slogans.

Two women were injured on Friday by an attacker wielding a hammer and shouting Allahu Akbar in the eastern French town of Chalon-sur-Saone in Burgundy, local officials said.

The local prosecutor’s office said witnesses of the attack in a public park of the town center heard the attacker shout Allahu Akbar while hitting the women, who were taken to hospital but whose life is not in danger.

While British authorities continue to search for the terrorists responsible for the subway attack at Parsons Green, and France deals with the two terrorists in custody, everyone needs to realize that the terrorist attacks across Europe are escalating.

These statistics should be raising red flags everywhere.

Here’s another statistic: British law enforcement has 500 investigations into 3,000 suspected terrorists. Furthermore, there are another 20,000 on their radar! Those were the numbers as of May, just after the Manchester bombing. Anyone want to speculate how much those numbers have increased?

As noted above, this was the fifth time this year that London has been subject to a terrorist attack. FIVE times in nine months. France has now dealt with TWELVE attacks this year.

As Andrew McCarthy points out, the return of jihadists to Europe due to the massive open-door program is a key component for the rise in these attacks. Progressivism and political correctness are two other major symptoms.

As we pray for those injured in these latest terror attacks, we also have to ask this question. What will it take for the appeasement of terrorism to stop being a feature and instead get squashed like the evil bug it is?