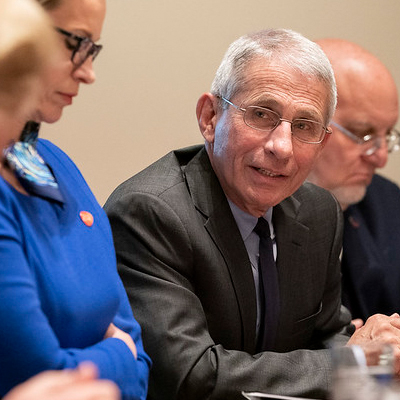 Members of President Trump’s coronavirus task force will get a little taste of what the rest of us have been dealing with. That’s because three of them will be entering quarantine after two other White House staffers tested positive for coronavirus.

Two of these task force members include Dr. Robert Redfield, director of the Centers for Disease Control and Prevention. Another official going into quarantine is Dr. Stephen Hahn, commissioner of the Food and Drug Administration.

However, while Drs. Hahn and Redfield will be entering full quarantine for two weeks, Dr. Fauci will only begin “modified quarantine.”

So what’s the difference?

Both Redfield and Hahn were directly exposed to persons who have tested positive for COVID-19, so they announced that they will remain in place for 14 days. No one knows precisely whom they came into contact with; however, Katie Miller, Vice President Mike Pence’s press secretary, announced her positive status on Friday. She attended task force meetings at which the three doctors were present. 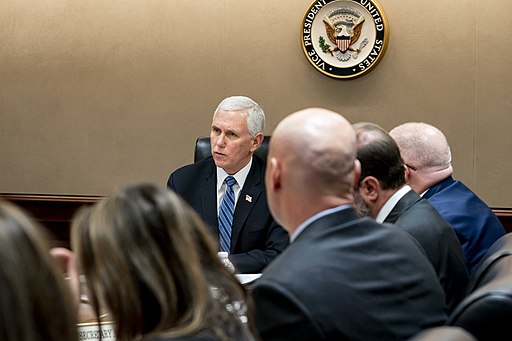 But Dr. Fauci told CNN that his contact was merely “low risk.” He claims that he wasn’t in close proximity with the unnamed person who tested positive. But, he’s going to take one for the team anyway, he says, by staying at home doing telework. He also plans to wear a mask for the entire 14 days and will go to his office at the National Institute of Health, provided he will be alone. Not only that, but if the White House calls, he’ll don his mask and “take every precaution.”

However, Dr. Fauci is supposed to testify at a Senate hearing next week on the coronavirus. While Drs. Hahn and Redfield will testify by video conference, Fauci plans to be there in person. After all, he’s the face of the task force. Of course he will be wearing a mask. Gotta set the example for the rest of us schlubs.

Meanwhile, Dr. Redfield said that he is “feeling fine, and has no symptoms” after his exposure. Dr. Hahn “immediately took a diagnostic test and tested negative for the virus,” according to a spokeswoman for the FDA.

And Dr. Fauci? He also tested negative, but being the Super Important Guy that he is, he plans on being tested every day. States across the nation are complaining of a lack of tests available, but Dr. Fauci rates a daily test.

Pardon me for feeling cynical about this virtue-signaling by Dr. Fauci.

On Saturday, a barber in small town Kansas received an arrest warrant for opening his shop to customers. He can’t apply for unemployment and he’s trying to feed his family. But even though he’s complying with safety regulations, he doesn’t get a pass. He gets a warrant. Apparently Dr. Fauci can take precautions when he testifies before the Senate, but a barber in Kansas can’t.

In Illinois, Gov. J.B. Pritzker will keep restaurants closed until June 28. He didn’t bother to consult the head of the Illinois Restaurant Association on any impact. Instead, he’s leaving 500,000 workers dangling until the end of June.

There are doctors who work in small medical practices whose waiting rooms are empty because patients are afraid of contracting COVID. Hospitals in rural America are closing. Grieving people often can’t say goodbye to their dying loved ones, and they sometimes have to postpone funerals.

Nearly all of us are dealing with meat shortages, which might even last beyond the pandemic. And there are the faces of all those who are mere numbers in the collateral damage brought about by the pandemic. People like retail workers, hotel desk clerks, events managers, dental hygienists — all of whom just want to go back to work. All of whom have rent to pay, or family members to support.

But Dr. Fauci and other members of the coronavirus task force keep telling us that we need to stay home. It’s to keep the country safe, they say.

So easy, isn’t it, when you don’t have to worry about your mortgage or your car payment or your next meal.

But hey, Dr. Fauci is gonna be one with the people now, since he’ll keep himself shut up at home, right?

Well, that will last for only two weeks. Many of us have lived without paychecks, looking at the walls of our homes for weeks since. . . let me see, in my case, since the middle of March. I don’t even remember the date. And as of this writing I’m still under a stay-at-home order.

I don’t wish for Dr. Fauci — or Drs. Redfield and Hahn — to develop COVID-19. I don’t want anyone to get that disease. But spare me the notion that Fauci is being burdened by his stay in quarantine because of a “low risk contact,” or that’s he being noble by staying home. It’s just a short blip on his screen. For many Americans it’s become never-ending misery.