Previous post
Hillary Alumni Fingerprints Are All Over Iowa Debacle

Next post
SOTU Features Rush Limbaugh And The Sobsisters In White 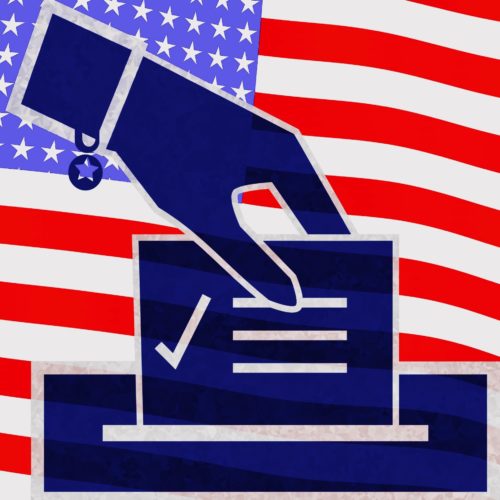 Systemic racism is the real reason that the Democrat Iowa Caucus failed so spectacularly last night. Yes, that is the very latest of the hottest of takes put forth today after last night’s debacle.

Oh, so it’s not really the REAL REAL reason for the Iowa trainwreck, but we are supposed to consider it a factor.

The whole kids in cages bit is getting more tired by the day. Those photos that I’m sure Zerlina is all to happy to wave around? Were taken during the Obama Administration.

Never mind that, Zerlina has the answer for Iowa. Systemic racism is the true culprit!

My point being that the urgency and pain isn’t felt in the same way. That matters even though no one will want to admit it.

I also noted that the caucus system is UNDemocratic & suppresses votes of historically marginalized like folks with accessibility needs and single parents https://t.co/UPidSfWzOb

Urgency and pain …over WHAT? Zerlina lives in the United States of America. A country where NO ONE is stopping her from voting for whomever she pleases. A country that does NOT put restrictions on where people can or cannot live. Those choices are left up to WE THE PEOPLE. Not a nameless government entity.

Meanwhile, the Republicans and Trumpers are pouncing and seizing on this.

“The debacle over delayed results in the Iowa Democratic caucus Monday night has created an opening for conspiracy theorists and Trumpworld bigwigs alike to foment discord.

And it’s not that the failure in Iowa itself didn’t tend towards accomplishing that, or that it’s somehow beyond the pale for political adversaries to seize on the failings of their opponents.

Rather, the tenor and focus of some of the critique amid the ongoing failure to deliver results in Iowa has gone more towards promoting mistrust of the democratic system itself, as opposed to damaging members of the opposite part.”

So which is it? An absolute failure of an app that was created by Hillary Clinton’s people? Those darned Republican Trumpers pouncing and seizing? Or systemic racism?

If you are Zerlina Maxwell, it’s systemic racism. Iowa is TOO WHITE, which is why the process failed

Let’s take a gander at a little bit of history shall we? Who won the Iowa Caucus in 2008 and then won the state? A guy named Barack Obama. As a matter of fact, he won the caucus by 37.6% of the vote over Hillary’s 29.4%. That win doesn’t seem like systemic racism to me.

Zerlina has folks leaping to her defense.

@ZerlinaMaxwell is telling the truth about Iowa and why centering a predominately white state isn’t helpful in the Democratic process pic.twitter.com/2fFfhh0Whh

Again, if the process was SO unhelpful, how did the Democrat caucus manage to choose Barack Obama in 2008?

She's not saying Iowans are racist. Clearly @ZerlinaMaxwell is talking about centering a white state in a diverse party, using an undemocratic process. Here's a little more context from the show. https://t.co/w3VmYSeatC pic.twitter.com/NCHsDEHBQ4

Ummm yeah, she is definitely pointing a finger of blame at all the white folks who participated in the Iowa dumpster fire last night.

The fact is, what happened with the Iowa caucus last night had NOTHING to do with racism and everything to do with the incompetence of both the DNC and Iowa State Democrat party. Both entities have had THREE years to work on their processes and put a new system in place. They’ve had a significant amount of time to implement the new technology, test it, and have it checked for bugs.

The failures of the technology have exactly ZERO to do with systemic racism.

Zerlina also opined on MSNBC that Elizabeth Warren did so well (does she know something about the caucus votes we don’t?) that she is the one we need to beat Trump.

Does she even hear herself talk? Just moments before that she said that the voters in Iowa were too white. Then she pivots to saying that a white woman wannabe Indian is just who we need as President? What’s next? Blaming old folks for not understanding how all this technology stuff works?  Oh wait, I know! She’ll blame Cocaine Mitch!

In the space of just a few short minutes, Zerlina insulted every Iowa voter and stepped on a massive rake. All because she desperately wanted to waive that ‘everything is racist!’ flag with all her might.