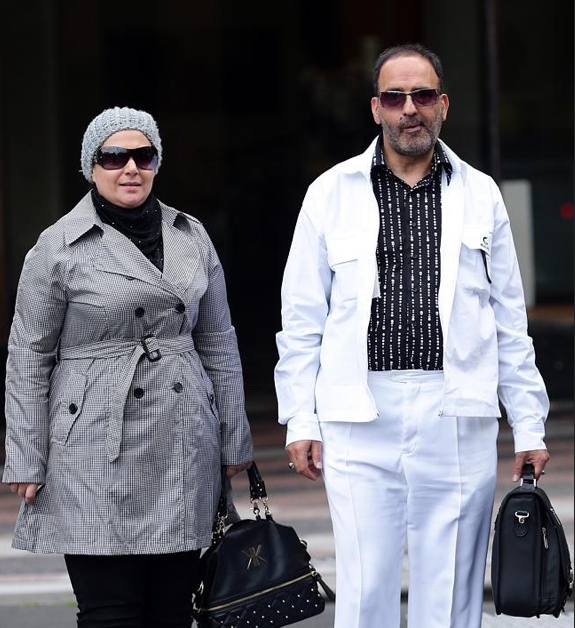 As has been widely reported, the dramatic ending to the terrorist takeover of a cafe in Sydney has left two deceased victims, along with the deranged perpetrator, and a heartbroken citizenry in its wake. But there’s another self-described jihadist running around Australia, unrestrained by authorities.

As detailed here by fellow Victory Girl, Deanna, 49-year-old “Fake Sheik” Man Horan Monis, an Iranian refugee and the man responsible for the deaths of two Australian citizens after taking hostages inside a Lindt cafe in what looks like an ISIS-inspired terrorist attack, has a lengthy, and very disturbing rap sheet that includes multiple counts of alleged rape and at least one count of alleged murder. And according to reports, he had an accomplice in the killing of his 30-year-old former wife, Noleen Hayson Pal: Amirah Droudis, his 34-year-old spokesperson and girlfriend, a Muslim convert and self-described “terrorist” who is strolling around the streets of Australia a free woman. Pal, after being lured to an area home, was stabbed eighteen times and then set on fire, allegedly by Droudis. Following the murder and their subsequent arrests, both Monis and Droudis were inexplicably freed on bail. A YEAR ago.

In this video from clear back in 2009, Amirah Droudis describes herself as a “terrorist:”

And here she is stating her happiness about the Holocaust and 9/11:

And here’s “Sister Amirah” supporting Monis’ claim that women are responsible for their own rapes:

And it looks like authorities are zeroing in on Droudis:

All of this insanity begs the query: What were either of these jihadist lunatics doing walking freely around the streets of Australia, where they were a clear and imminent threat to everyone around them, as proven so violently in a quiet cafe in Sydney? And why is Droudis—an admitted terrorist and alleged murderer—still free? I think I know the answer. And its name is The Deadly Culture of Political Correctness.