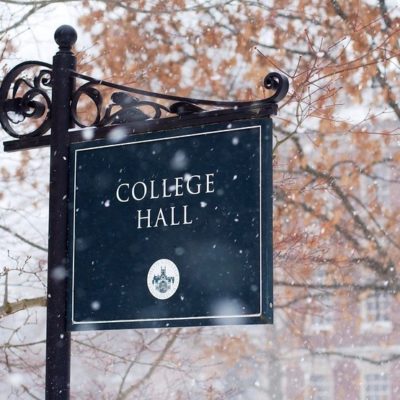 Tucked away in the quaint New England town if Northampton, Massachusetts is Smith College-an all-girls college that was alma mater to the likes of Gloria Steinem and Sylvia Plath.

It was also the alma mater of Nancy Reagan and Barbara Bush but we think Smith probably does not focus on these two great women very much. So not good for their image. What else is not good for their image? A staffer by the name of Jodi Shaw, apparently. Shaw, a former staff member at Smith’s Department of Residence Life, took to her own platform to challenge the mandatory and hostile Critical Race Theory , uhh, excuse me, trainings she has been subject to during her time at Smith. This time has ultimately come to an end.

Shaw is a self-proclaimed, lifelong liberal. She is a divorced mother of two children. Her annual salary at Smith was about $45,000 a year-a far cry from a full-fledged faculty member. Shaw herself is a Smith alum. As a lifelong liberal, one would think that Shaw was in the perfect environment of like-minded individuals. Not so much. This from her resignation letter:

Under the guise of racial progress, Smith College has created a racially hostile environment in which individual acts of discrimination and hostility flourish. In this environment, people’s worth as human beings, and the degree to which they deserve to be treated with dignity and respect, is determined by the color of their skin. It is an environment in which dissenting from the new critical race orthodoxy — or even failing to swear fealty to it like some kind of McCarthy-era loyalty oath — is grounds for public humiliation and professional retaliation.”-Jodi Shaw

Shaw, once a staffer at the Smith library, was under fire for an orientation video in which she incorporated a rap song. Be less white, Jodi. Nope. Scratch that. Consider your insensitivity and your cultural appropriation. And why, yes. Segregated housing (dubbed as “Special Interest” housing) is completely fine at Smith College.

Shaw has taken to Twitter to argue that placing the sole accountability on whites being the only race to “undo structural racism” is leaving the POC community powerless. This was a conversation that was repetitively met with threats from other staff members and calls for Shaw to resign from her position. She appeared on FOX with Tucker Carlson to discuss. Note: outfits like CNN and MSNBC did not return the favor.

In a series of videos, Shaw discusses the work climate at Smith College and the disempowering narratives that surround both whites and persons of color.

What passes for ‘progressive’ today at Smith and at so many other institutions is regressive. It taps into humanity’s worst instincts to break down into warring factions, and I fear this is rapidly leading us to a very twisted place. It terrifies me that others don’t seem to see that racial segregation and demonization are wrong and dangerous no matter what its victims look like. Being told that any disagreement or feelings of discomfort somehow upholds “white supremacy” is not just morally wrong. It is psychologically abusive.

Equally troubling are the many others who understand and know full well how damaging this is, but do not speak out due to fear of professional retaliation, social censure, and loss of their livelihood and reputation. I fear that by the time people see it, or those who see it manage to screw up the moral courage to speak out, it will be too late.”-Jodi Shaw

I think a great deal of staff members who are privy to the ongoing Critical Race Theory academia is trying to push in their workplaces feel very much like Ms. Shaw. The current climate at Smith College is a climate other types of organizations are striving for. The hostile work environment is not what we knew of it 20 years ago. No longer are we dealing with the Mad Men dynamic and proposed games of slap-and-tickle in the president’s office but a dynamic, in some situations, that is much worse. A dynamic in which certain individuals who may have unpopular opinions stifle these opinions in order to save face and hold on to their jobs-the “keep your head down and your mouth shut” mentality. It has become such that one dominant political ideology is widely accepted in some of these workplaces while others are not. Individuals who have opposite opinions feel this vibe and do not feel free to speak up. This is the new wave of the hostile work environment. Disempowering? Yes. Disturbing? You betcha. Dangerous? Very.

"The recipe for a successful dictatorial regime would be incomplete without internal, silent policing of thought and action among citizenry. Creating a nation of subdued minds was forever at the top of the communist agenda." https://t.co/GFETP3IjyY

Shut up. Do your work. Keep your head down. Stay subdued. Get paid, take care of your family. And for crying out loud, be less white! In the end, Jodi Shaw of Smith College chose freedom over comfort. As she stated, “freedom is not always comfortable, you can’t always have both”.