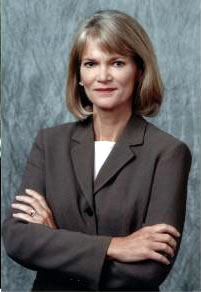 The vice presidential debate is tomorrow night, and moderating the debate is ABC News reporter Martha Raddatz. She’s clearly not unbiased, as she’s praised Obama before. But just how close are they? Well, Obama was a guest at Raddatz’ wedding. And that’s not even their only tie.

President Barack Obama was a guest at the 1991 wedding of ABC senior foreign correspondent and vice presidential debate moderator Martha Raddatz, The Daily Caller has learned. Obama and groom Julius Genachowski, whom Obama would later tap to head the Federal Communications Commission, were Harvard Law School classmates at the time and members of the Harvard Law Review.

So the VP debate moderator hosted Obama at her wedding to the man he later made the head of the FCC. ABC knew about this, and still tapped her to moderate the debate. They’re (laughably) claiming there’s no conflict of interest. But whose side do you think she’ll favor? Something tells me she’s got an vested interest in helping out the Obama/Biden camp.