Previous post
As Breitbart would say, "There Are Two Paths" (Video)

Remember when he had a president who actually cared about troops? Who saw them as more than just a photo op? Our current Commander-in-Chief is not such a president. His callousness and utter lack of regard or compassion towards our troops and their families could not be more evident in the way he treats them, but this is sinking to an entirely new low.

Marine Corps Corporal Joseph Logan, 22, was killed January 19, 2012. His father received nothing more than a form letter, signed with an electric pen, as condolences from the president. 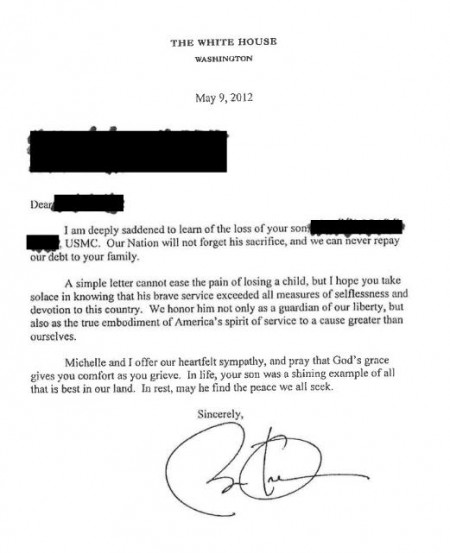 What makes this worse is that it’s almost the exact same letter sent to the families of the Navy SEALs killed in August of 2011. 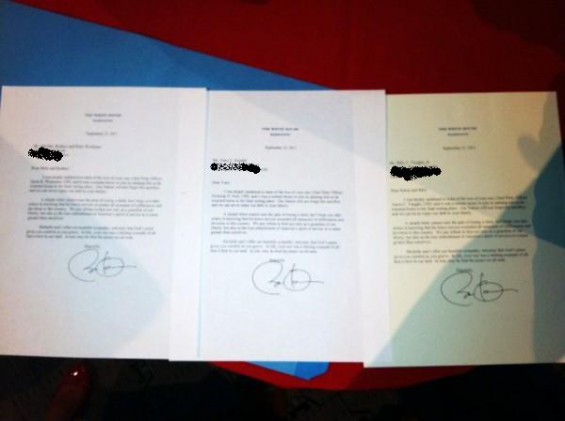 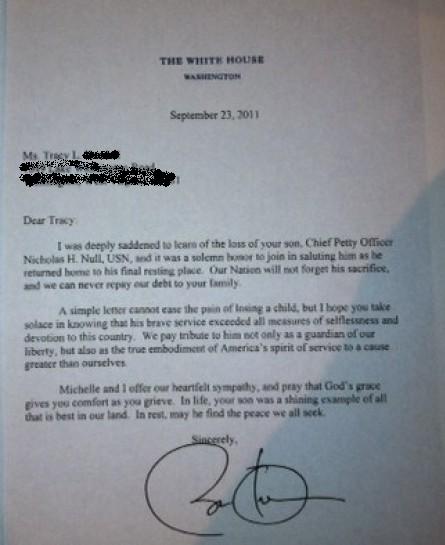 Throughout his presidency, Obama has sent form letters to the families of our fallen troops.

You know who sent personal, individual, handwritten notes to the families of our fallen? President Bush.

Who does Obama take the time to send a personalized letter of condolence to? The family of rapper Heavy D. Those are our Commander-in-Chief’s priorities. A rapper takes precedence over the families of our fallen troops.

The only words that come to mind are, you bastard.