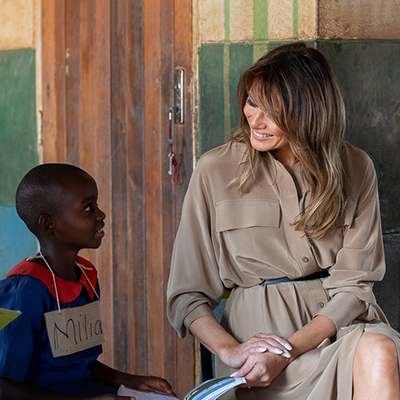 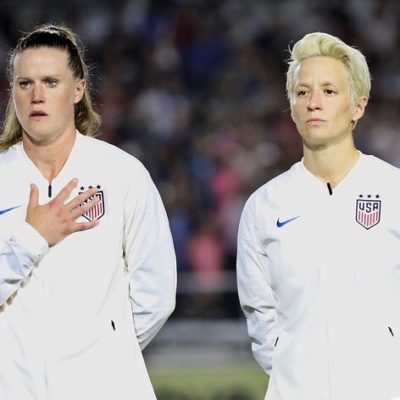 What’s revolutionary glamour according to Slate? Look no further than Megan Rapinoe and the U.S, Women’s National Soccer Team.

Now, we normally would excuse a little bit of drunken debauchery had there not been the history behind co-captain, Rapinoe and her team. But Slate is calling their appearances the “dawn of a new era”.

The 2019 U.S. Women’s National Team has been swaggering and stumbling from one celebratory public appearance to the next, pausing only to pour Champagne into one another’s mouths and to lead ecstatic crowds in chants against wage discrimination. Between the team’s parade in Manhattan, their segment on Good Morning America, and their onstage moment at the ESPYS, a lot of fans of the USWNT have gotten their first opportunity to see the players out of their soccer kits. They have not disappointed.”:-Christina Cauterucci, Slate

And, just like that swaggering, stumbling and dropping f-bombs on live television is glamorous. What’s the revolutionary piece, though?

Take the sunglasses many players wore for the entirety of their week’s agenda: on the flight to New York from France, all through their victory parade, during the ceremony in which New York Mayor Bill de Blasio gave them keys to the city, and inside City Hall. Yes, they were probably trying to conceal the evidence of their extreme hangovers, but they were also making it easier for us to tell them apart. (There’s a lot of long brown hair on this team.) Also: Is there anything cockier than wearing sunglasses inside a government building?”-Christina Cauterucci, Slate

I'm a soccer fanatic & a huge fan of all US soccer teams.

I just couldn't bring myself to cheer for these ladies, though. That's sad, because I'm sure some of them don't disrespect our country like Rapinoe.

They had definitely lost America

Unpopular opinion but Megan Rapinoe is taking her new celebrity status a bit far and looks like a total jackass on Good Morning America. The pimp walk and being the only person wearing sunglasses inside. Really? And…cue the unfollowers.

But Vogue thinks she’s a “badass”. We know, that’s not saying much.

As a woman, I am proud when female teams take the win for our country. This, for me, and I feel for most Americans, is obviously not about women not “behaving” themselves. I’m not some delicate little flower who cannot handle (or has not ever uttered) the occasional f-bomb or has never been falling down, obnoxious drunk. Been there, done that stupid in my 20s. This is not about the bloodshot eyes, the hangovers, the sunglasses, the fact that these women went a little wild and crazy after their win. This is not about Rapinoe being a lesbian (which will be the next argument I will bump up against when challenged on my views here). This is about what our society is defining as “glamorous” and as “revolutionary”.

All of a sudden, it’s “revolutionary” to be topless underneath a blazer?! Since when?! It’s “revolutionary” to wear sunglasses in a government building? No, it’s not revolutionary. It’s disrespectful, arrogant and just stupid. It also illustrates what a bunch of immature, classless clods some of these women are. There is no dignity there. They have won their trophy, disrespected their country, (thanked New York City though) and now are being hailed as glamorous? What in the actual (insert expletive here)?!

Yep, Slate. It is the “dawn of a new era”…or error as the case may be. Being a jerk, being ungrateful to a country for the opportunity it has given you and wearing sunglasses in a government building because you are so blottoed is now the definition of a “revolutionary woman of glamour”? These women are not revolutionaries. Most of them are just following the purple-haired co-captain’s lead and she has more balls than brains.