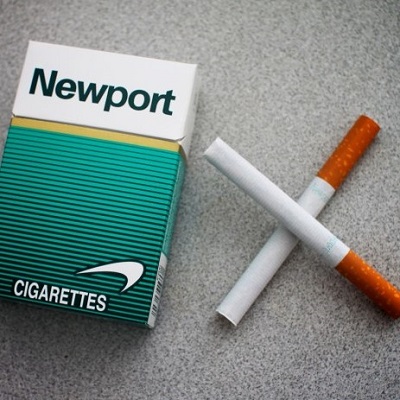 Previous post
Is the FDA Racist or Just Stupid?

Shout Your Abortion Shrews Embark On a Book Tour 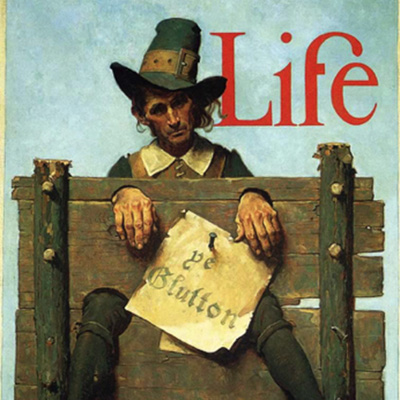 Shout Your Abortion Shrews Embark On a Book Tour 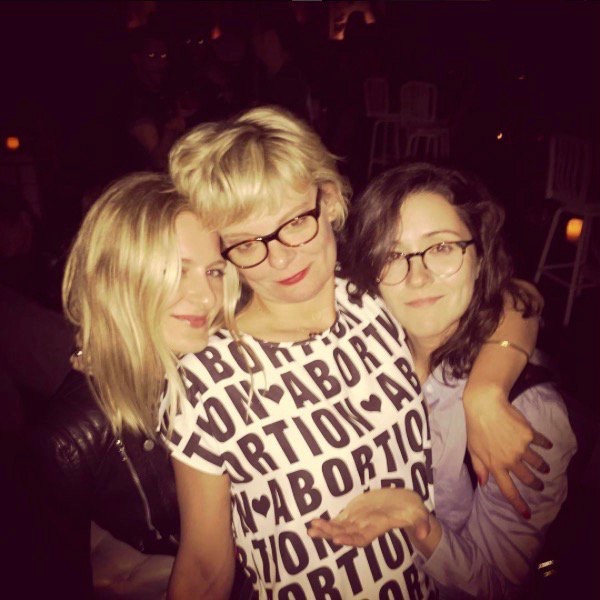 They are coming soon to a city near you. Descending upon you with their “powerful” stories of “courage”. Yep, the Shout Your Abortion shrews are back and they’re on a book tour to promote infanticide because, let’s just call it what it is:

Yeah, like, abortion is sooooo coooool because, like, it’s becoming normalized, she says. It’s on the cutting edge just like Trigglypuff Junior and her wanna-be punk rock hair and her sidekick’s nose ring. Honestly, if there is one thing I despise more than anything is artsy-fartsy, pretentious people trying to make stuff that isn’t cool at all look as if they are the “shiznit” for promoting it. Actually they are shiznit. Just not in the way they think they are.

Last night, the Shout Your Abortion convention of hags came together to celebrate abortion in Los Angeles and they will be part of a book tour to include ogress Sarah Silverman, abortion-dress-wearing Martha Plimpton, the not-so-funny Amy Brenneman and of course, queen of the SYA movement and the hipster fonts, Seattle’s own, Amelia Bonow.

The Shout Your Abortion movement, championed byOprah and started by a women who had a night of indiscretion with an ex-boyfriend and literally went out on a bender the weekend before:

“We spent four days speeding down stretches of dystopian desert highway in a gaudy Mustang convertible, eating pills, crying, laughing manically, and being held by each other. My tits were museum quality; the whole thing was perfect.”-Amelia Bonow

Bonow also had a little help from her friends, Emily Nokes, who enjoys “stoned shopping” (Ain’t she a gem?) and Lindy West, author of Shrill: Notes From a Loud Woman. Here’s what critics are saying about the book:

“Shout Your Abortion” reflects what makes me most hopeful for this next century, that there’s a whole new generation of young people who refuse to be judged and shamed about who they are, whether it’s their gender identity, their sexual orientation, or what they do with their body.
Cecile Richards

Hopeful? Richards does know that if a man identifies as a woman, HE still does not have female parts and therefore this biological fact alone disqualifies him from walking into Planned Parenthood and forking money over for an abortion, right? Okay. Let’s move along.

“Shout Your Abortion embodies everything that society so desperately craves in this moment: compassion over cruelty, fact over fiction, and storytelling over silence. The shared experience of 1 in 4 women powerfully illustrated on these pages is tangible evidence of our collective strength when we join hands and speak our truth together.”
Ilyse Hogue, President, NARAL Pro-Choice America

Compassion over cruelty? Did we just read that correctly? What about compassion for a heartbeat? For the voiceless? Onward…

I’m okay, you’re okay. We’re all okay. Bonus points: we’re deep, man. We’re on another plane. Our writings and musings are nuanced. It takes a woman of super-intellect and bravery to go out the weekend before an abortion, pop a bunch of pills and write about how that visit to Planned Parenthood “made her happy”.

Sticker by @ShoutYrAbortion, drawing by me! Check out the new #shoutyourabortion book and see the wonderful talented writers on the book tour! #abortionisforlovers 💋💘💌 pic.twitter.com/9ClHEzDwQY

Abortion is for lovers? As a woman, for me anyway, this is not about how toxic masculinity (as they like to say) has brainwashed me into thinking this whole concept of turning an abortion into a reason to party is disgusting. It’s about the facts. It is disgusting. It’s cruel. Abortion is a physically and emotionally traumatic event that does not call for shame or embarrassment on behalf of a woman but should also not call for comedy shows and celebrations. Someone died. Not a fetus. Not a “ball of cells”. A heart beat has been silenced. A person died. A potentially awesome, funny, smart, endearing, wonderful person. Yes, that person will change your life. That person will cramp your style. That person will change your identity and yes, your physical body. That person will make you want to cry and pull your own hair out. But that person can also be the spark to something phenomenal. There’s my nuanced perspective for you. I think about the tiny feet I held in the palm of my hand almost 13 years ago. Today also happens to be World Prematurity Day and on Christmas Day of 2005, my husband and I had a 3-pounder who is now a pistol with endless energy, a great soul who has made us laugh harder than we can ever imagine. 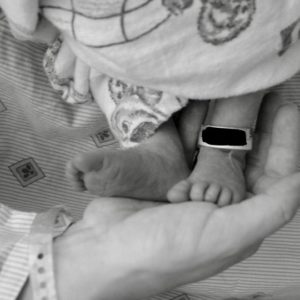 To go around promoting snuffing a person out as a celebration of “keeping the patriarchy outta your va-jay-jay” and continuing to live in a capricious manner so as not to contemplate the consequences of a roll in the hay, an afternoon delight or a night of sex, drugs and rock and roll is irresponsible and the reason why some men are the way they are today, some women cannot manage to see beyond themselves and why they all are so relationally challenged.

“The most merciful thing that a large family does to one of its infant members is to kill it.” Margaret Sanger

I suppose we could be thankful for the fact that some of these women promoting the SYA movement do not have children. They don’t have large families. Instead, they are living in the land of could have been mothers but they are too wrapped up around the axle of political agenda and too self-centered to even realize this. Sad and delusional, really. Sucks to be them.