Previous post
Roger Daltrey Has No Fear of Miserable Wokesters

Next post
Ma'Khia Bryant Wanted Her Mom Who Was Not There 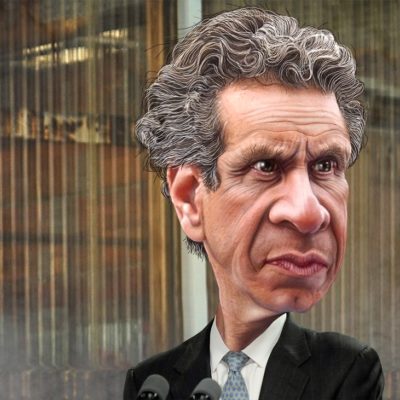 We are less than four months into Joe Biden’s presidency and evidence that our government is failing to protect our best interest grows. It isn’t only on the federal level. We’re seeing it on the state and local levels as well. From ethical “waivers” to double-standards when it comes to enforcing Covid-related restrictions to violations of our Constitutional rights, the answer to the question about trust is a resounding “No!” and that should worry all of us.

The list of failures by the Biden Administration is already lengthy. One not-so-shining example of this is the “decision to circumvent federal ethics rules and staff former union officials in senior posts.” Alethea Predeoux, from the Office of Personnel Management, received a waiver allowing her to communicate with the American Federation of Government Employees. Prior to joining the Biden Administration, Predeoux was a top lobbyist for the union which represents some 700,000 federal employees.

But she’s not the only one. Celeste Drake, head of the White House Made In America Office, received a similar waiver. This one allowed her to communicate with both the AFL-CIO and the Director’s Guild of America, both of whom she worked for.

The rationale for these and similar waivers? They were “necessary moves to facilitate liaisons between government agencies and labor unions.”

I don’t know about you, but I’d think there were others who could communicate with and form liaisons with these unions without having potential conflicts of interest. There were valid reasons behind instituting the rules requiring distancing between union officials and the government. But Joe Biden and his handlers don’t want to maintain an ethical distance. They want to be in the unions’ pockets and to hell with the rest of the nation.

But we’re supposed to trust them to know what’s best for the nation.

Then you have Gov. Andrew Cuomo, the poster boy for state officials too power-hungry for their own good and another Democrat. First, we had to endure his interviews with his media-maven brother, Chris. Then we started hearing about how he ordered Covid patients dumped into nursing homes. Following that were the allegations of sexual misconduct by multiple women. If that isn’t enough, the New York State Attorney General’s Office is expanding its investigation into Cuomo, looking into allegations that his “top advisers offered access to COVID vaccines for political connections.”

Investigators spoke to three Democratic county executives who said they were caught off guard when they received calls from Larry Schwartz, a volunteer adviser overseeing vaccine distribution across New York, sources told the Wall Street Journal. In phone calls centering on vaccine allocation, Schwartz reportedly asked if they would be calling for the governor’s resignation. . . The governor at the time was also making personal phone calls to state lawmakers to drum up support for remaining in office.”

Mayor Bill de Blasio, who identifies as a Democrat when it’s convenient, gives us a perfect example of why people don’t trust local government officials today. A group of veterans did everything right. They checked the local laws and applied for the proper permits to hold a parade within the limits set by city hall due to Covid restrictions. The parade was to happen Memorial Day.

Gulf War vets. . . were set to be given special honors in Staten Island’s 102nd annual Memorial Day Parade this year to mark the 1991 conflict’s 30th anniversary — until the city pulled the plug.”

But it gets better. Remember, NYC has allowed the “mostly peaceful protests” of this past summer and fall. More recently, it allowed “public pot smokers to puff their way down Broadway in last week’s Cannabis Parade.”

Yes, you read that right. Vets aren’t allowed to march on Memorial Day to honor Gulf War vets but pot smokers can march down Broadway in a haze of smoke–with a police escort. Consider this:

The brush-off [of the vets] came despite myriad marches in the last year that have been recognized by the city, officially escorted by cops, and often featured elected officials in the line of march. They included a slimmed-down St. Patrick’s Day Parade in March, when de Blasio participated; countless Black Lives Matters protest marches; and the cannabis rally and parade May 1, when revelers hoisted a huge inflatable spliff along a 17-block route and heard speeches from Sen. Chuck Schumer among others.”

But we’re supposed to trust our local government to treat us fairly.

Unfortunately, the idiocy of the last few months–heck, the last year plus–isn’t limited to the halls of government. It’s rearing its ugly head in the halls of justice as well. One of the most troubling and head-scratching examples comes out of an appellate court in–wait for it–New York. A mother is facing the loss of custody of her child. Not because of neglect. Not because she is a bad mother. No, she is being threatened with the potential loss of custody over a rock.

But it’s a special rock. It has the Confederate flag painted on it. It even has a special place where it sits. Not in the house where it is the center of attention but outside by the driveway.

Given that the child is of mixed race, it would seem apparent that the presence of the flag is not in the child’s best interests, as the mother must encourage and teach the child to embrace her mixed race identity, rather than thrust her into a world that only makes sense through the tortured lens of cognitive dissonance,” appeals judges wrote in a ruling released Thursday.

It is interesting to note the child’s attorney did not raise any concern over the rock. But Big Brother Court knows best.

And we’re supposed to trust the court system to not only follow the law but have our best interests at heart.

New York might seem to be the center of the madness but it’s not. Dallas suburb, Plano, had its own version of a “mostly peaceful protest”. In this instance, these protestors shut down a major roadway, refusing to allow motorists to pass. Apparently, PPD had one officer on-scene. Instead of calling in backup and breaking up the protest, the officer escorted the disgruntled driver back to his car, allowing the lawbreakers to continue without suffering any consequences for their actions.

And, lest you think we’re the only country having trust issues, take a look at Calgary. Justin Trudeau’s Canada has even more restrictive Covid rules than we have here. Calgary jackboots have threatened ministers with arrest for daring to hold worship services. Yesterday, the Calgary PD bragged about arresting “organizers” of a church service.

Earlier today, police arrested two organizers of a church service who were in violation of a new court order obtained by Alberta Health Services in relation to mandatory compliance of public health orders for gatherings. https://t.co/0JoiEoh7Tv

What they don’t tell you is how those arrests were made. One of the two pastors arrested yesterday was Pastor Artur Pawlowsk. “Half a dozen police cars swarmed around him and he was taken into custody.” As the article notes, “Wal-Mart and Costco are open across Canada, so are liquor stores and marijuana stores. But a Christian pastor cannot open his doors. . . .”

But we are supposed to trust the government.

The time has come to push back. We must stand up, speak out and let our voices be heard. But it also means becoming active in our communities. Finding and backing candidates who won’t sell us out to special interests, or who won’t happily trample on our Constitutional rights.

Do not go gentle into that good night,
Our rights should live and thrive against the dark;
Rage, rage against the dying of the light.