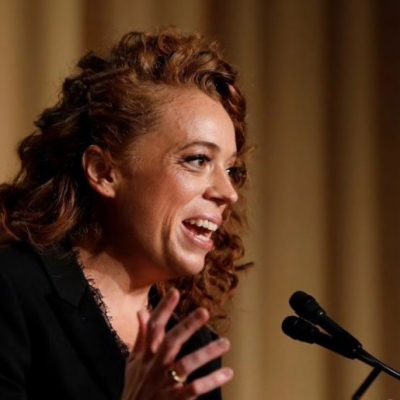 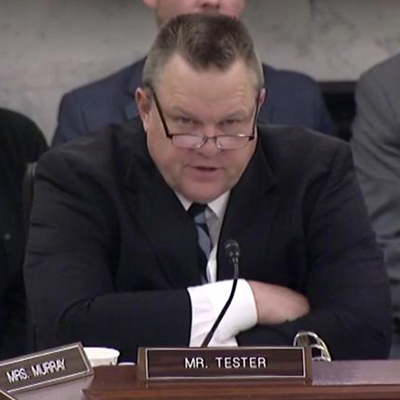 President Trump is still ticked off at Sen. Jon Tester’s accusations against his pick for VA Secretary, Rear Admiral/Dr. Ronny Jackson. And you know what happens when someone pisses off the President, don’t you?

He counterpunches, twice as hard. And that’s just what Trump did on Saturday.

First of all, he called on Tester to resign:

“The Secret Service is unable to confirm (in fact they deny) any of the phony Democrat charges which have absolutely devastated the wonderful Jackson family. Tester should resign.”

Allegations made by Senator Jon Tester against Admiral/Doctor Ron Jackson are proving false. The Secret Service is unable to confirm (in fact they deny) any of the phony Democrat charges which have absolutely devastated the wonderful Jackson family. Tester should resign. The…..

And he also added:

“The great people of Montana will not stand for this kind of slander when talking of a great human being. Admiral Jackson is the kind of man that those in Montana would most respect and admire, and now, for no reason whatsoever, his reputation has been shattered. Not fair, Tester!”

….great people of Montana will not stand for this kind of slander when talking of a great human being. Admiral Jackson is the kind of man that those in Montana would most respect and admire, and now, for no reason whatsoever, his reputation has been shattered. Not fair, Tester!

So did Tester apologize to Jackson and his family? Or did he defend the allegations he made against the Admiral?

Actually, neither. Instead he issued this weaselly cop-out of a statement:

“It’s my duty to make sure Montana veterans get what they need and have earned, and I’ll never stop fighting for them as their senator.”

Tester wants to fight for veterans as their senator? By leveling unconfirmed and fake accusations at a Rear Admiral who has served as a physician to three presidents? Without apologizing?

Now I’ve never been a member of the armed forces, but I believe the correct military lingo here is, “Bravo Sierra!” 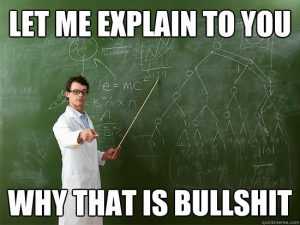 That’s my opinion, of course, but I think the President feels much the same way. In fact, Trump took full advantage of a Saturday night rally in Michigan to fire back at Tester again.

“I know things about Tester that I could say too. And if I said them he’d never be elected again. . . . We need to vote against guys like Jon Tester that can destroy a man with innuendo. And we have to be careful with the press because they do the same damn thing.” (Boldface mine)

The crowd loved it.

Now does Trump really have dirt on Tester? Who knows? But consider that Tester claimed dirt on Adm./Dr. Jackson first. And his source? Why, he said over 20 active and retired military personnel accused Dr. Jackson of some pretty egregious behavior, such as drinking on duty and improperly prescribing medications.

So who were these people?

Who cares? said Tester’s fellow Democrat Sen. Richard Bluementhal of CT. “I’m not going to talk about who the people were or their credibility. The credibility of the questions need to be tested against the facts,” he said.

But a military veteran says that Tester owes an apology to Rear Admiral Jackson. Writing in The Federalist, James Hasson, a former Army captain and Afghanistan veteran, said:

If Tester’s only motivation was to determine the content of Jackson’s character so his fellow senators could make an informed decision, why didn’t he confirm the accuracy of the charge with the Secret Service before he blasted it into the newsfeeds and nightly broadcasts of millions of Americans?. . . .

Instead, he was labeled a drunk, a substandard military officer, and an unethical physician, and was run off the Hill without the chance to clear his name.

This echoes another shameful incident of decades passed, when another Democrat, a district attorney from the Bronx, New York, accused President Reagan’s Labor Secretary, Raymond Donovan, of mob ties.  However, in 1987, a court found Donovan to be innocent of all grand larceny and fraud charges.

After his legal nightmare ended, Donovan uttered this famous question:

Which office do I go to to get my reputation back?

Where indeed? So now where does Rear Admiral/Dr. Ronny Jackson go to get his reputation back?

Romans 12:19 of the King James Bible reads, in part, “Vengeance is mine, saith the Lord.” He’s certainly not God, but as of Saturday night, President Trump wants to claim vengeance on Sen. Jon Tester, too.