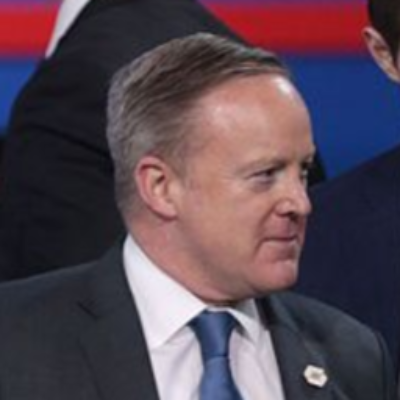 Oh my goodness! Dancing with the Stars just finished Week Eight and Sean Spicer is still on the show. How in the name of Anna Pavlova did this ever happen? The expert judges of the Twitter mob are in high dungeon.

Let us stipulate right here that Sean Spicer cannot dance. He has no grace. He cannot move. He is stiffer than my grandfather’s starched boxers. Yes, my Memow used to starch my grandfather’s boxers until he had to crack them to put them on. Sean Spicer has not improved even the tiniest bit from Week One. He still has no rhythm. He is heavy-footed. His best dance was the Frankenstein jive. The jive part was horrendous, but he nailed Frankenstein.

We are now in Season 28 of DWTS. Back in the olden days, when it first started, C-list stars with zero dancing abilities came on the show just to get back on television. The professional dancers danced around the stars to make them look good. Some of the stars truly did improve. It was fun to watch.

From the moment Sean Spicer was announced as a cast member, the Trump Derangement Syndrome afflicted snowflakes have wanted him off. Host Tom Bergeron issued a Twitter statement condemning the casting. And yesterday, Karamo Brown had to deny that he had a friendship on the show with Spicer.

The New York Times even had to inform its readers that, “No, Sean Spicer Really Can’t Dance”. That was from the Critics Notebook? My rescue mutt Truman knows Spicer cannot dance.

Turns out there is an evil right-wing conspiracy behind Spicer still being on the show. Bwa ha ha! Esquire Magazine must have used multiple sources to figure that out. From the article: “Inside the Amazingly Stupid Far-Right Campaign to Keep Sean Spicer on Dancing With the Stars”:

The most obvious explanation is to look at the audience votes that compensate for the abysmal scores. One potential explanation for the votes is the now-weekly appearances Spicer makes on Breitbart News Sunday to discuss DWTS. “There’s something about everything going on here and everybody out here in Breitbart Nation voting,” he said on the show, begging for votes. While every contestant has some version of an online campaign, Spicer’s is different—an online campaign to save him isn’t particularly being run by people who watch the show. Instead, it’s a wall of people—viewers and non-viewers—rallying to stack votes in his favor to make a political statement. (A shoutout from Trump and a prompt response from his base certainly doesn’t hurt either.) Even those rallying in the campaign admit that his dancing is terrible, but that’s not the point. The campaign to keep Spicer dancing is a troll-campaign attempting to carve out a place for Trump’s ideologies in the entertainment industry.

Remember when Hillary Clinton loved the popular vote, because she lost the Electoral College. Now, we evil right-wingers have even managed to pollute the popular vote. Bwa ha ha.