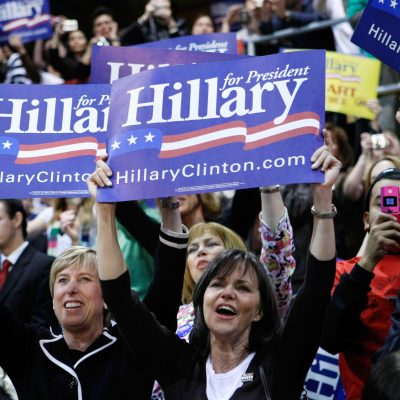 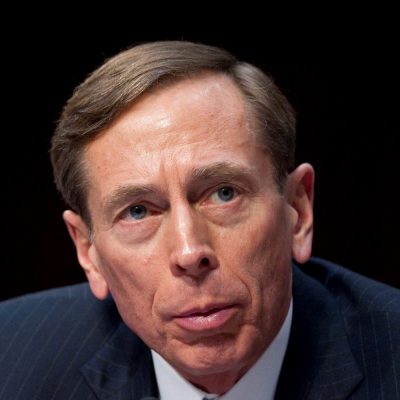 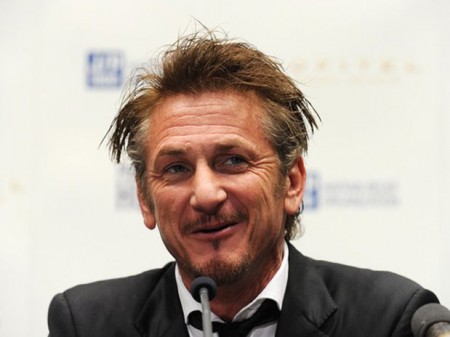 Sean Penn thinks you’re a “stupid hick” if you voted for Donald Trump.

In a long-winded and meandering diatribe published over the weekend, Penn blasted the capitalism of Hollywood, CNN “propaganda,” and of course, Donald Trump. He wrote how on the day after the election he “went numb, then got up and like many, I suppose, dragged myself through a day of utter bewilderment.”

And then Fidel Castro died, and the free world rejoiced. So many haters! No one understood the depth of Fidel’s soul like Sean Penn, who fondly called him “The Commandante.” 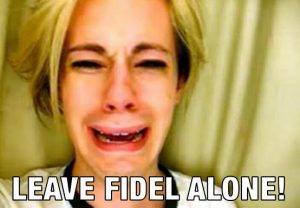 Penn entered the rarified presence of Fidel Castro at his home in 2005, when he and his family traveled to Cuba. While in the country they partied with artists, writers, and Cuban officials in Havana’s diplomatic zone. You know, the kind of place one finds the average Cuban.

It was after one social gathering that he met Him. The Commandante. Fidel Castro. And the swooning Penn found Castro to be “practiced, brilliant, and philosophical.” The conversation went on “for hours,” when finally Castro turned to Penn’s 14-year-old daughter, who had been sullen all evening.

Young Dylan had refused to shake hands with Castro because she, unlike her idiot father, was knowledgeable of Castro’s abuse of gays. She bluntly told Castro so.

Castro listened to her rant for several minutes, and then responded with this, according to Penn:

“We did not invent homophobia in Cuba, but we are of a lineage of Latin machismo. A quality of sometimes blinding superficiality. We have made many mistakes, including the ones you’ve spoken about. We are continuing to make some mistakes, but we are also continuing to learn.”

Latin machismo! Well, that explains everything! Forget that gays were treated like animals in Cuban gulags. Never mind that if a young woman who wasn’t an American movie star’s daughter sassed off to Castro, she would find herself in prison. Fidel threw out the BS, and Sean Penn ate it up like a hungry dog.

And Cuba itself? Penn was enthralled at a nation that lives “without raging lawlessness” (because you can easily be thrown into prison), a nation that “exports more doctors worldwide than any other” (gee, I wonder why doctors are leaving), and no road rage (just how many of those clunker cars are there?). Oh, and Penn acknowledges that Cuba is a poor country, but it has healthcare! Healthcare! I guess it’s lovingly provided by all the doctors who are leaving that hellhole.

I wonder what excuses Penn would have about the topnotch healthcare this poor Cuban woman with cancer is receiving. That is, if she is still living. (Click the CC button on the bottom right of video for English captions.)

Don’t ask Sean Penn what he thinks of all those Cuban Americans who celebrated the demise of Fidel Castro, either. He was appalled at the behavior of “third generation Cuban Americans” as he contemptuously called them, horrified that they were “dancing at the death of another human being. Of Fidel Castro.” He called it a “grotesque reaction.” 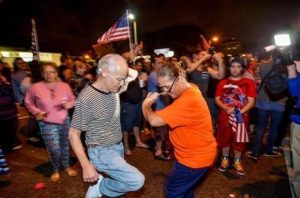 I wonder what Penn would think of these comments of fellow actor Andy Garcia, born in Havana to an educated family who were forced to leave Cuba after Fidel’s revolution. The Garcia family lost everything. Andy Garcia said of Fidel’s death:

“The promises of his so-called revolution of pluralism and democracy, were and continue to be a false promise and a betrayal of all basic human rights. The executions, persecution and imprisonment of political dissidents and the LGBT community, denial of free press, elections and religious freedoms, continue to be his legacy. He claimed that history would absolve him, but it can also condemn him.”

Or what would Penn think of this Instagram post by the singer Gloria Estefan, another native Cuban? Unlike Sean Penn, she loves the United States, calling it “my beautiful adopted country.”

Finally, I wonder what Penn would say about the post-Fidel beatings and imprisonment of Cubans who have not cried sufficient tears for the passing of Penn’s beloved “Commandante,” or for those who have been bold enough to mock his passing, such as artist Danilo “El Sexto” Maldonado. He was arrested and beaten at a detention center.

Oh, but Penn tells us to put all these atrocities in context. “Just take one look at the brainwashed robots of North Korea, and perhaps even the critics of Castro may temper their words and contextualize their emotions,” he wrote. Brainwashed? Bwahahahaha! That’s rich, coming from America’s premiere Castro bootlicker.

Some people may think that this crapola spewed by just another Hollywood asshat should be ignored. But Penn is part of the entertainment culture, and as the late Andrew Breitbart said, “Politics is downstream from culture.” Like a virus, America-hating entertainment culture, sadly, has successfully infected middle America with its toxins.

However, the “stupid hicks” at whom Penn sneered have finally become fed up with the entertainment community force-feeding them this bilge. And they voted for Donald Trump.

On election night, Fox News personality Greg Gutfeld — who was not an enthusiastic Trump supporter — expressed their frustration brilliantly.

Sean Penn has lived in a Hollywood bubble for decades, never learning — nor caring to learn — about the “stupid hicks” who constitute traditional America. He has contempt for American history and our heritage. Instead, he has preferred to curry favor with anti-America despots and criminals.

Americans have finally had enough of the arrogance of jet set toadies who despise us, but never met a dictator they didn’t love. Flyover country just gave Hollywood one big middle finger. 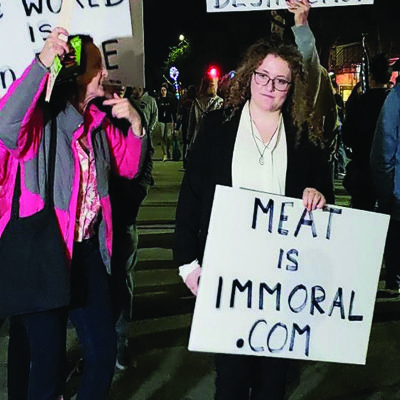