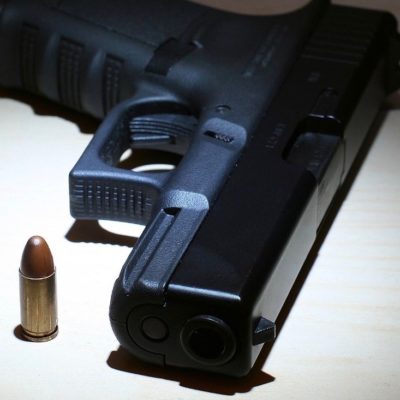 Leave it to Salon to perpetuate the narrative yet again. The rhetorical question they ask today? Are mass shootings an epidemic?

Mass shootings can get more attention than these other, more common, types of firearm deaths both because of human nature and the news media. People are naturally curious about violent events that appear random, with no clear explanation. Those incidents often spark fears about whether similar things could happen to them, and a resulting desire to know more in an effort to understand.

In addition, cases with higher death counts or unusual characteristics, such as a shooter manifesto or video footage, are more likely to get press attention and extended coverage.

Americans’ opinions are split on whether mass shootings are isolated incidents or part of a broader societal problem.”-Lacey Wallace, Salon

In other words, mass shootings are not at “epidemic” status but gun violence is. Wallace sites suicide as the leading number in firearm deaths and provides data.

By contrast, 14,414 people were killed by someone else with a gun in 2019. And 23,941 people intentionally killed themselves with a gun in 2019, according to the Centers for Disease Control and Prevention.-Lacey Wallace, Salon

Interesting. The argument here is not “mass shootings”. The argument here in Salon, and with Dr. Fauci and his cronies, is the political drive to make guns inaccessible. Look at all of these homicides and suicides. Guns are not going into the right hands. The government must step in and do something to take them away from these people of unstable mental capacity and therefore, impose strict gun laws across the board for Americans, as the narrative goes.

We would be asking too much of publications like Salon and the mainstream media as a whole to shift this “epidemic” narrative to the true epidemics that are facing our nation-especially with our young people who are watching and listening.

Let’s take the epidemic of depression that has, as a whole, swept our country over the past year. More suicides? I wonder why.

Since the coronavirus arrived, depression and anxiety in America have become rampant. Federal surveys show that 40 percent of Americans are now grappling with at least one mental health or drug-related problem. But young adults have been hit harder than any other age group, with 75 percent struggling.
Even more alarming, when the Centers for Disease Control and Prevention recently asked young adults if they had thought about killing themselves in the past 30 days, 1 in 4 said they had.-William Wan, The Washington Post“

WaPo actually reported on this. But, mass shootings, gun violence are an epidemic, Salon and Dr. Fauci? This teenager’s family lives in Richland, Washington…one of the top three states that have had secondary schools closed down or on hybrid learning models since September of 2020. And still, schools remain closed. Leaving students with no routine, away from their peers, less to keep them busy, and more time on their hands. This gives new meaning to the “stay home, stay safe” rhetoric we’ve heard ad nauseam all damn year.

But the Coronavirus is real and it is (still) killing Grandma, right, Jay Inslee? This is also killing our economy, our well-being and our kids, Jay. But you do you and take your cues from the teachers union (not the teachers themselves) and focus on climate change. By all means. We insist.

There is the epidemic of delusion that is also impacting our teenagers who suffer from gender dysphoria, that changing one’s pronouns and taking puberty blockers to prevent them from becoming the sex they were assigned at birth will somehow make them happy. When in reality, some of these individuals are still confused about their identity. Some of them end up regretting this gender change later on. Some of them continue to have emotional problems, and their “new” body parts just don’t work right. This causes problems in the bedroom down the road with chosen partners, and lots of relational issues and, you guessed it, depression. Perhaps even suicide. The political persuasions who support this very destructive epidemic that is occurring amongst our youth are the very people who are trying to blame only guns in assisting suicides.

And let’s not forget the epidemic of “less than”. Ultimately, if you tell someone they are “less than” and “discriminated against” enough, they will start to believe it. If you tell someone enough that they are marginalized, that they will not have equal opportunities in the workplace, that they are not smart enough, or as smart as another group of people, that everything is racist, you guessed it. They’re going to get angry. They’re also going to get violent, (enter guns and other weapons). They may take to the streets and shoot anyone in sight. They may also may take this anger inward and also may get depressed and maybe even suicidal (enter guns once again).

So, instead of trying to drive the point home about guns, Salon, perhaps we, as an American society, need to focus on the epidemic of ideology and language that we are currently promoting and using. Then, and only then, can we have a rational discussion on guns but I’m not holding my breath for this.