Next post
Suddenly Elizabeth Warren Is Worried About Recession 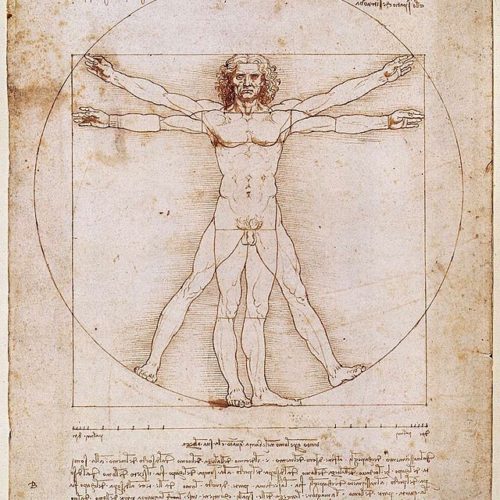 A Sunday morning pursuing Salon is great for a laugh. Trump, Trump, Trump. Oh, here’s an article on making creamy twice-baked potatoes! Then, we come across this gem…

The missive, written by Salon’s Kirk Swearingen, is entitled “Republicans and the crisis of ‘manhood’: Who are the real sex-obsessed pervs in America?” Swearingen swings his axe and takes aim at easy targets, some viewed as extremists of the Republican Party. All this testosterone-y, in the world of actor, poet and Salon writer, Swearingen, is the fault of Donald Trump, Tucker Carlson, The Proud Boys and Ted Cruz. In the delusional head of a University of Missouri journalism graduate, this is what’s ruining America. Huh. Remember ol’ Melissa Click from Mizzou, folks?

Side note: Yay for the State of Washington. Seems as if Click got picked up by University of Washington and is now, more recently, a professor at Gonzaga.

As we loop back to Swearingen and Salon, Kirk has this to say to back up his theory about the real sex pervs being Republicans:

This bizarre-tent party of religious grifters, pussy grabbers, gun polishers, closeted men, angry incels, alleged rapists and take-girls-across-the-state-line Lotharios is evangelically intolerant of the personal business of others and determined to dictate whom you can love or marry, how you should come to terms with your gender identity and how much of your reproductive future you should control. These people believe they have the right to demand that you go through your entire pregnancy even if you have been raped or are the victim of incest, and they’re not particularly concerned if you die fulfilling their will.”-Kirk Swearingen, Salon

These days, boys will adamantly be boys, and this means they don’t expect to be held accountable. For anything. The more loutish among them long for the days when they could easily slide from responsibility for their actions. That’s why many Republicans, including a distressingly large number of obedient Republican women, are willing to support men who face multiple allegations of sexual abuse, or who have been accused with domestic violence.

Insecure young men are not being taught how to be better persons in their relationships with young women; they are being taught to hate by misogynistic grifters.”-Kirk Swearingen, Salon

Ahhh, yes. So much to unpack from Swearingen of Salon. Let’s break this up by category, shall we? Allow us to come at this from a Conservative female perspective:

Abortion (Because we’ll call it what is actually is.)

Here again, we have another man ranting about abortion and reproductive rights. Liberals reading Salon will lick this up. Swearingen is a liberal man who is pro-abortion, so he has every right to sound off on women’s “reproductive rights”, correct? The likes of any Republican men (or women, for that matter) do not have any such right. In fact, it is completely kosher for liberal women and MEN, to target another woman’s home, yelling “F-you, Barrett“, for all the neighborhood kids to see, because of her beliefs? So accepting and tolerant, don’t you think?

This bizarre-tent party of religious grifters…

As a Christian woman, I have, upon many occasions, called out religious grifters. I do not particularly like my Jesus mixed in with political affiliation. I do not particularly like the hypocrisy I see in large mega-churches who say one thing (to not be reliant on the government) but do the complete opposite (take government PPP forgiveness.) I once heard a pastor talk about going against state mandates but felt “blessed” by PPP so he could keep his staff on the payroll. Most of his “staff” in key positions? His kids who were handed these jobs. He basically kept them rolling in their designer purse collections.

When a person on the Republican ticket says, once upon a time ago in a boardroom to “grab ’em by the p*ssy”, it’s misogyny. When Hip Hop stars like Cardi B and Megan Thee Stallion talk about their “WAP”s in a hit single, they stump for Joe Biden and the Presidential ticket. They show up as guests in an upcoming show called “Gutsy“, hosted by Hillary and Chelsea Clinton. These women, obsessed with their parts, are called “bold and brave”. Are we beginning to see a disconnect with Swearingen and Salon, here? Good.

Yep, Swearingen really went there. He was referring to abortion laws in certain Red states but let’s really talk about rapists and girls-across-the-state-line. Hell, let’s talk about girls on private Caribbean islands for $1,000, Kirk. Who is Bill Clinton? Who is Jeffrey Epstein? Moving onto the next category, The most overused word by Salon for $5,000:

The Authoritarian Playbook and Nazi Rule

What is “nazi”. Because nothing speaks authoritarian like having to lockdown in your house for a year. Like having to “limit” the number of family members at a holiday party (thanks for that, by the way). Like having to see a rainbow Pride flag next to our Red, White and Blue at an elementary school and have no choice but to stand for it because you will not disrespect our country’s colors. Next? I’ll take Manhood for $10,000:

…These days, boys will adamantly be boys, and this means they don’t expect to be held accountable. For anything. Insecure young men are not being taught how to be better persons in their relationships with young women; they are being taught to hate by misogynistic grifters.

Real boys will ultimately grow up to be men. Salon? Kirk? Here is a newsflash for you both. Accountability starts in the home. Not in front of a TV set watching a Hip-Hop artist talking about empowering women whilst calling them “b#tches” or a “journalist” or a politician or in a classroom with a virtuous sign on posterboard. And, accountability, for certain, does not come from watching Disney Plus these days. Accountability comes from the family unit that progressive Democrats, time and time again, want to take the importance away from. Boys will be boys. Boys should be boys. How does a boy become a better person in his relationship with a young woman? By offering respect to the women in their lives and not taking any less than the same respect in return by the young woman he chooses to date and perhaps marry.

Kirk ends with this:

In the face of all the grim, twisted, hateful and self-hating moralism from the right, liberals and progressives must reclaim their mojo as celebrants of the beauty and joy of life, as Salon’s Amanda Marcotte argued a few months ago.”-Kirk Swearingen, Salon

(Spits out coffee) Yep, Amanda Marcotte is a true celebrant of breath and the joy of life “in the face of all of the grim, twisted, hateful, self-hating moralism from the right”. And there you have it. Kirk Swearingen and Amanda Marcotte of Salon are true beacons of love and light, folks. Taking down this manly-man-made-manlieness-he-man-women-haters-club-patriarchy down. The spine of American society, the true celebrants. If there is any ounce of truth to this, we’re in bigger trouble than we thought.